Texas Gas Service serves about 250,000 customers in Austin, and around 90% of those are residential customers, according to a spokesperson. 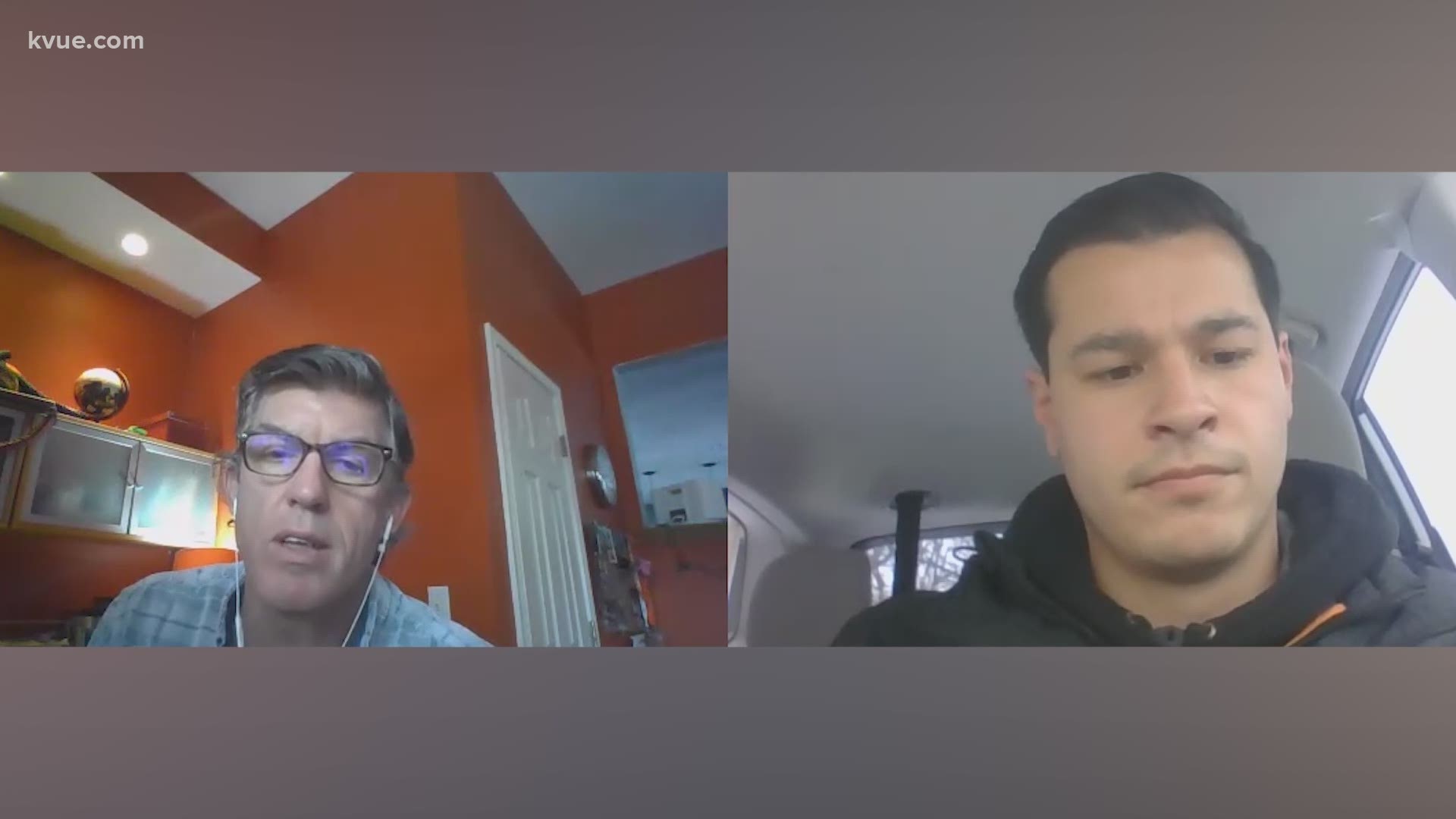 AUSTIN, Texas — Texas Gas Service is warning customers about potential outages due to the cold weather.

As of Wednesday, only one outage has been reported. It's at East 12th St. in Austin.

Texas Gas Service Public Relations Manager Christy Penders told KVUE Wednesday that 300 homes are impacted by the outage, and she said the outage was not intentional.

"It was one of those kind of just bad timing events. We were working on a pipe that had an issue going on on it. And that neighborhood, the power came on right as we were doing the work and the gas just kind of ... the amount of gas just rushed into that area that we weren't able to keep it on," she said. "I will say we do expect this to go into a few days just because of the amount of time it takes and the number of customers."

She adds that crews have been working to fix the pipe, and at the same time, technicians are going door to door to turn off meters in order to expedite the process.

"I can tell you that Texas Gas Service prior to this extreme cold weather coming in, did a lot of small projects and a couple larger ones to try and reinforce our system," she said. "And we continue to have our technicians out in the field on standby."

Below is a map that shows the impacted areas, which include the neighborhood between Martin Luther King Jr. Boulevard and 12th Street in East Austin.

"So, we've been able to keep gas flowing to all of our customers in Austin. So, there's really two issues that are on the horizon that we're concerned about, and we hope with a slight warming in the weather, we're going to make it through without any outages. But it is a possibility," Graham said.

Texas Gas Service serves about 250,000 customers in Austin, and 90% of those are residential customers, according to Graham.

One of the concerns, he said, is that some suppliers that the service gets gas from in West Texas have been dealing with issues with freezing on the pipelines.

AUSTIN: We are responding to a #naturalgas outage in Austin around E 12th St. pic.twitter.com/sqnI9ZZdUT

"So, that potentially could mean there's less gas for us in a day or two, and we can't control that," he said. "So, those are things that could happen. We're hoping that we can manage those and that they won't affect our customers here, but we can't control everything.

Another concern is the power outages across the state.

A third concern is that once power is restored, there could be a strain on the system with many residents using gas furnaces and gas water heaters.

"If we have low pressure to an area when all of a sudden 500 homes get their electricity back, it could affect our ability to supply gas to everybody all at once at the same time. So, we're trying to communicate with the City and Austin Energy," Graham said. "I know eager people ... people are eager to turn their furnaces on and to take a hot shower. But we are trying to ask people to take some time after electricity is restored."

He added that it's recommended for customers to wait at least 30 minutes before turning back on gas water heaters or gas furnaces.

Graham also said that if any gas outages do happen, they would not be intentional.

"They would just be if the demand exceeds our ability to get gas through a pipe to serve them," he said.

Graham was unable to provide an expected amount of time a potential outage might last but said it would require workers to go to a home to help restore the system.

"If we lose gas to a home like mine, we have to send an employee out, turn the gas off at the meter. We have to repressurize the system and then send somebody back out to test the house, make sure it's safe, and then turn the gas at the meter back on. So, it's a much more labor-intensive process on the gas side," Graham said. "So, if we knew there were a couple of neighborhoods affected, we would work to get the word out to those people. You know, we would be up on our website, we'd be tweeting about it."

As the demand for natural gas continues to outpace supply, it's important to continue to minimize the amount of natural gas that is used. The actions individuals and businesses can take include lowering thermostats, turning down hot water heaters and sealing leaks around doors and windows.

“We are thankful to see the community responding so well to the calls for energy conservation,” said Shantel Norman, vice president of operations for Texas Gas Service. “Our combined efforts are working, and we appreciate our fellow Texans doing all you can to help the communities across the state as we work to avoid any large outage situations. The key is for us all to remain vigilant and to keep up our efforts throughout this significant weather event.”

She said that if someone has a natural gas furnace and the electricity goes out, a fan is a good option to help blow the warm air around. In the event of an electrical outage, individuals should turn off their furnace to reduce the natural gas demand of all customer furnaces coming back on at the same time once electric service is restored.

Texas Gas Service offers the following tips to stay warm during the outages:

'If you have power, please try to live almost like you don't' | Austin mayor urges energy conservation

No power and no way out: One Austin neighborhood feels trapped in the cold