Rain bands will continue to push through Central Texas tonight and tomorrow. 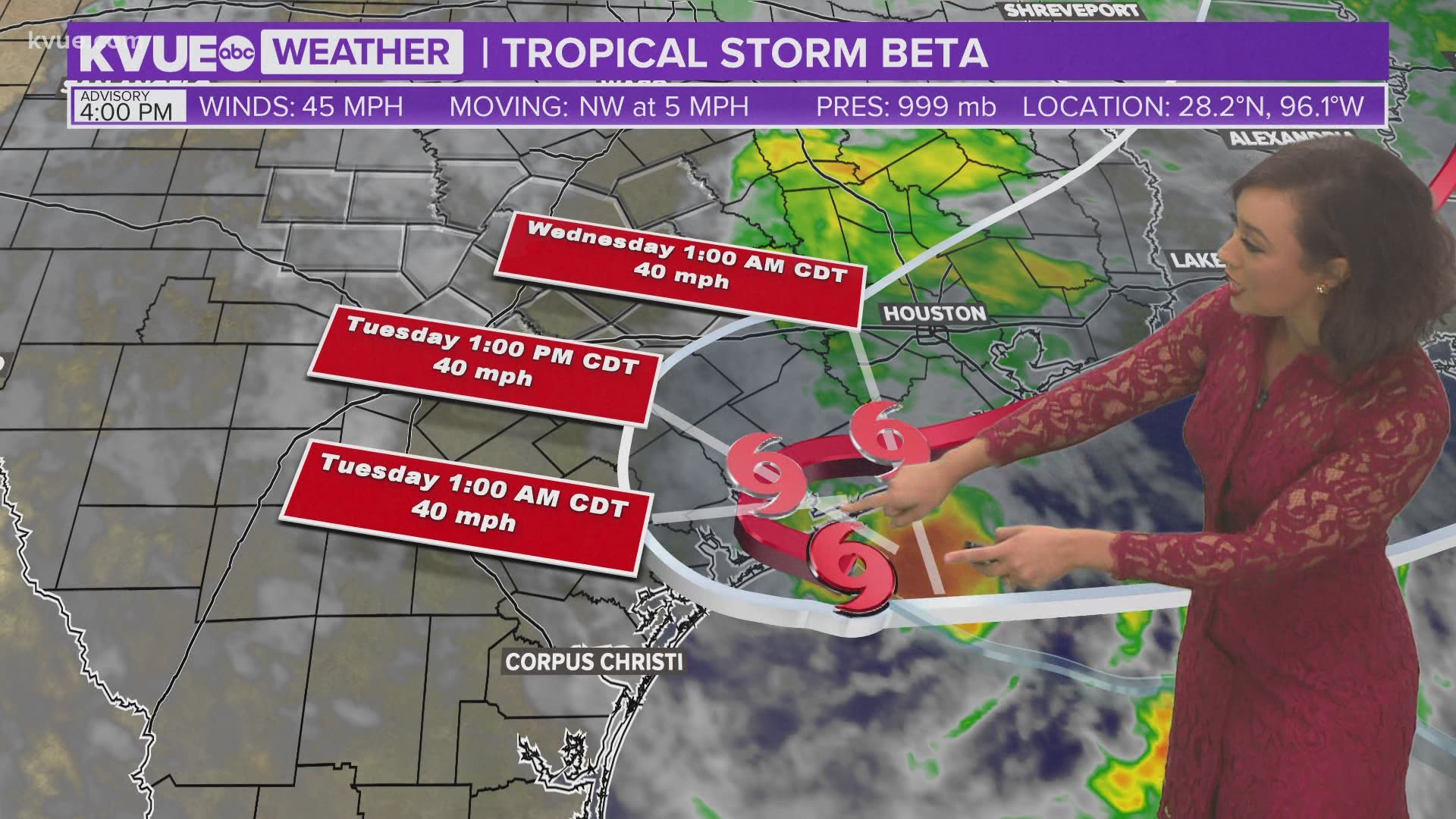 Editor's note: This blog is no longer being updated. For the latest, click here.

As of Monday morning, Tropical Storm Beta has picked up speed and is now moving west at 6 mph with 50 mph sustained winds.

Rain bands are hitting southeast Texas and moving into Central Texas. Coverage is becoming more widespread as the day continues.

Beta is expected to be a big rainmaker for many across the Lone Star State this weekend through mid-next week. This slow moving storm will continue moving west until landfall then expected to take a northeasterly turn by Tuesday.

Tropical storm warnings, along with tropical storm watches and storm surge watches, have been issued from Port Mansfield to High Island. Significant coastal flooding may produce significant damage to beaches and dunes.

Given Beta's slow movement, this system will likely produce heavy rainfall and flooding all along the Texas coast and into Louisiana through next week.

The GFS computer model shows that many areas could pick up well over half a foot of rain with this system.

Central Texas rainfall totals could amount up to four inches within the next seven days with the highest rainfall expected east of Austin.

This forecast is a complicated one and one that you should stay on top of for any major changes that could occur.

Stay tuned for the latest updates from the KVUE Storm team. For live weather alerts, download the KVUE app at kvue.com/app.