KVUE confirmed there were at least 53 total flight cancellations at ABIA Friday, 23 departures and 30 arrivals. 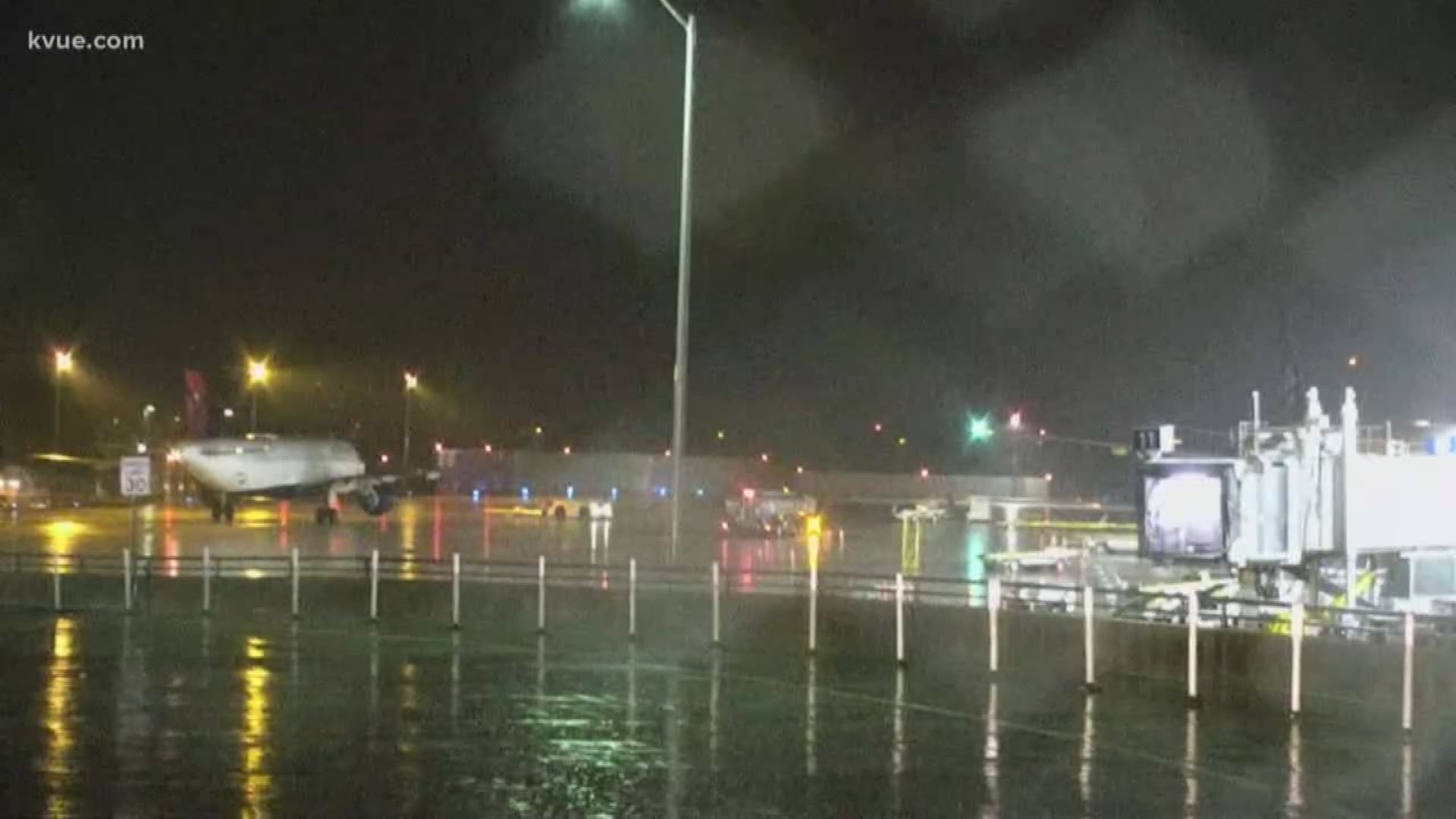 AUSTIN, Texas — Friday evening, KVUE was contacted by multiple United Airlines travelers who said they had been sitting on the tarmac at Austin-Bergstrom International Airport (ABIA) for hours due to weather.

Viewer Christine Ruffner was on a United direct flight from Newark to Austin. The flight arrived in Austin at around 5 p.m. and Ruffner told KVUE she had been sitting on the tarmac for four hours. Authorities were not allowing passengers off the plane due to lightning.

Ruffner provided KVUE with this photo from inside the plane:

KVUE reached out to United and received the following statement at around 9:45 p.m.:

"The airport authority closed the ramp earlier this evening at Austin due to extreme weather conditions, preventing any carrier with aircraft on the ground – including United – from getting their customers to the gates or offering egress. However, the airport authority has recently reopened the ramp and we are in the process of getting our customers to the terminal and on to their final destinations. We are providing bus transportation to Houston and working with our teams on the ground to offer assistance."

As of 9:55 p.m., KVUE confirmed there had been 53 total flight cancellations at ABIA Friday, 23 departures and 30 arrivals.

KVUE spoke to some passengers in the baggage claim area when they were finally able to get off of the plane. They said although they know they can't control Mother Nature and safety was the first priority, it's still frustrating.

"You just want to go home and have a cocktail," said Amy Zambetti, an Austinite who flew from Charlotte to Austin. "People stayed calm though I was pretty impressed."

"It's very frustrating and for the most part we made the best of it," said Kip Dripnack, a Boise Idaho resident who was flying to Austin from Dallas. "The flight attendants did all that they could."