The tornado struck Putnam County in the middle of the night. The family didn't have time to seek shelter 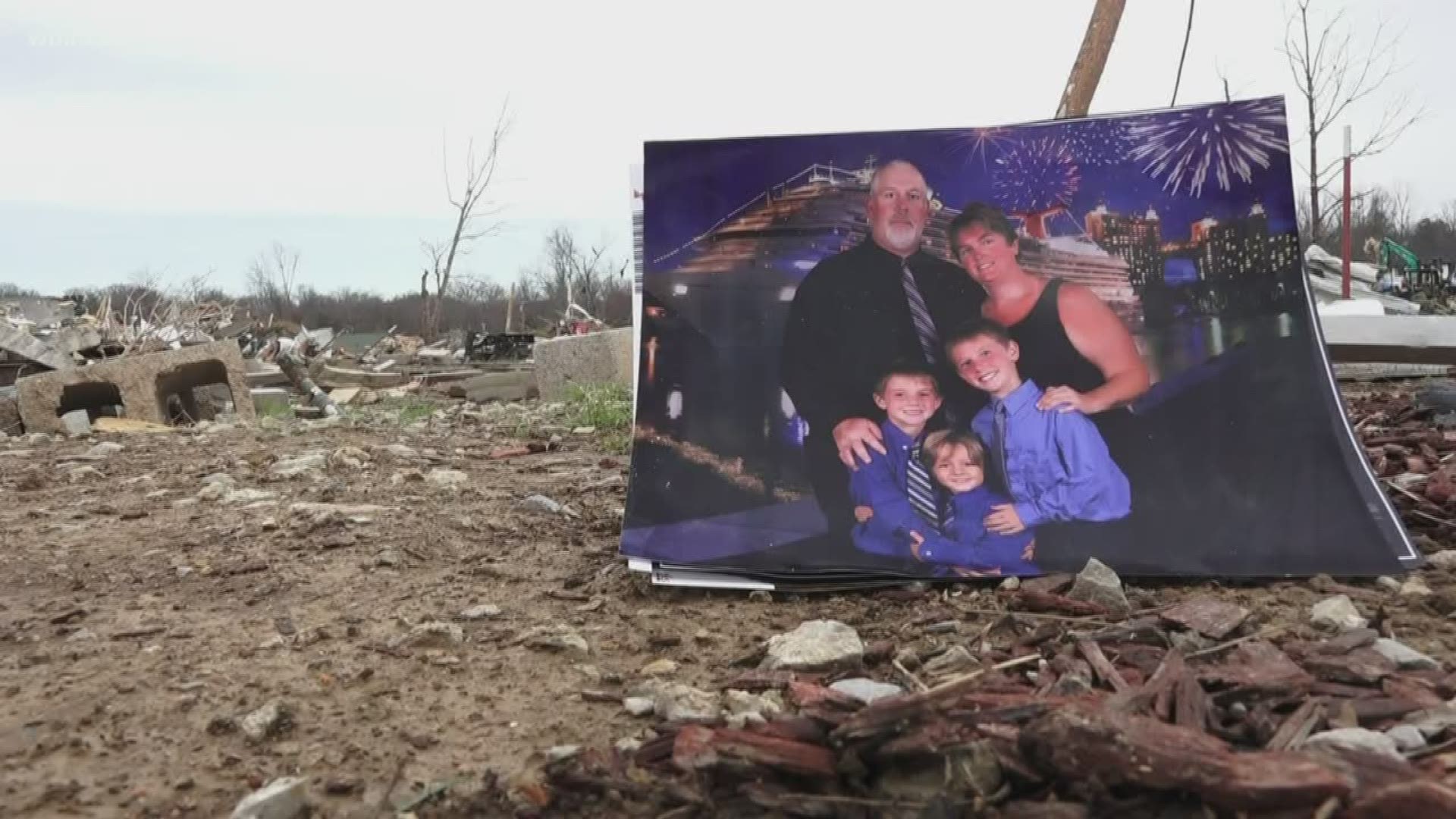 PUTNAM COUNTY, Tenn. — The Curtis family was asleep in their home near Cookeville when a tornado hit their home early Tuesday morning.

Of the five sleeping family members, only two of them made it out alive.

Mom Jennifer and son Easton are in the hospital and are okay, but dad Terry, little brother Dawson, and nanny Amanda Cole were killed.

Their home was leveled. The porch now sits in what was once the living room. Cinder blocks and pipes litter the yard.

Their friends are sifting through what remains, looking for remnants of memories for Jennifer and Easton and two other kids who weren't in the home.

Parrish Burgess smiles through tears while looking through photos found in the rubble. Photos of a family she’s known for years. She is Terry and Jennifer Curtis' best friend.

"They actually introduced me to my husband," she said.

The surviving mother and son are in the hospital, but okay.

Easton told Burgess what he remembered about that night.

"Soon as he hit his mom's arm, she wrapped him up and he remembered the power going out and the roof blowing off," she said.

RELATED: Help is pouring in to help victims of Putnam Co. tornadoes

Burgess said she was in shock when she found out the Curtis' home was destroyed.

"This is just interrupting our everyday life," she said. "This is somebody that, I mean we've been here, we've ate so many dinners here, been on the front porch just sitting here talking."

Friends and family like Burgess are now trying to salvage what they can and keep Terry, Dawson and Amanda’s memories alive.

“I just can't imagine how many people are hurting right now, and it’s not just us and I know that," said Burgess.