The dog days of summer settle through the weekend

We'll be near the century mark through the weekend. 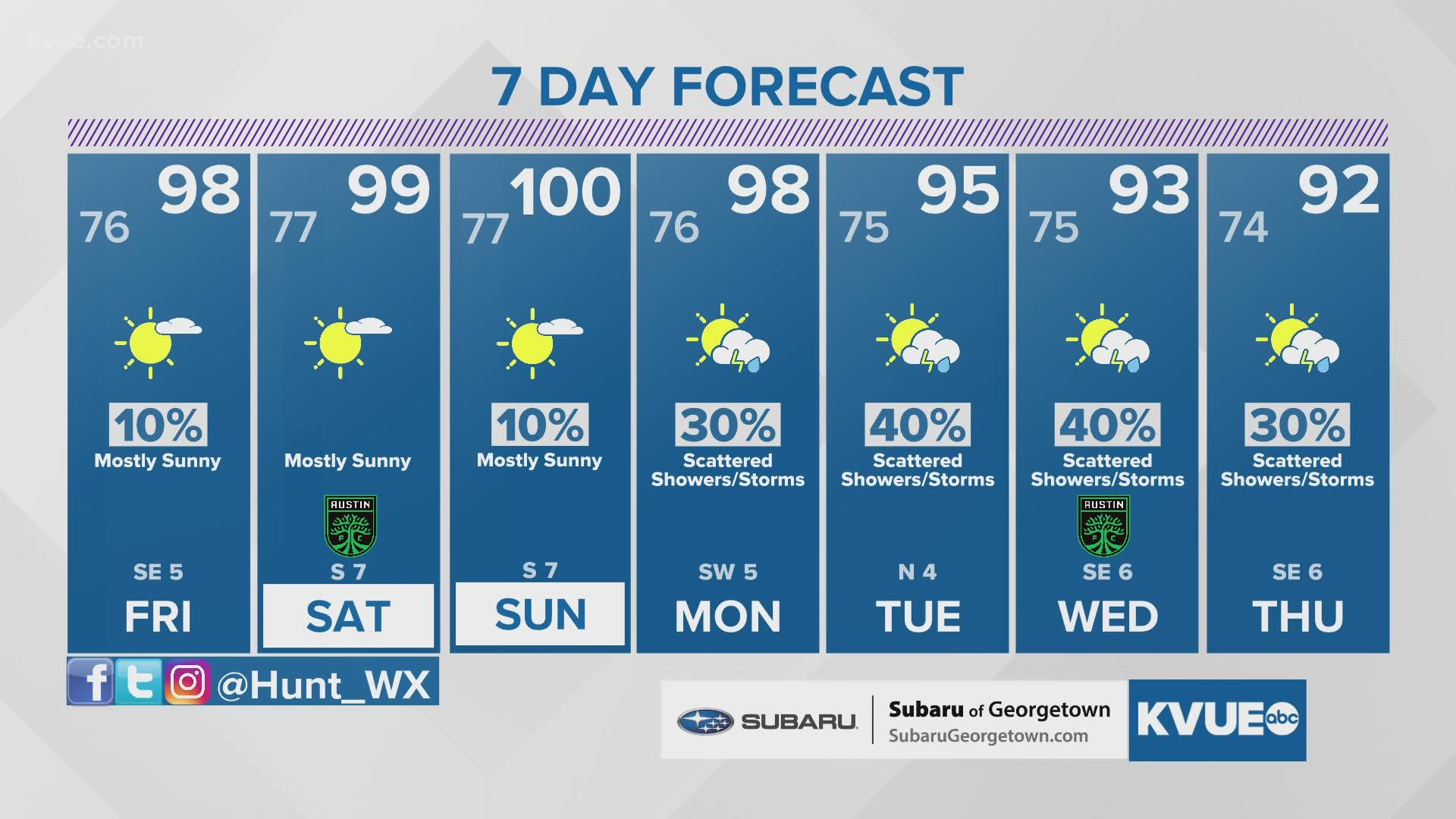 AUSTIN, Texas — After experiencing the hottest weekend of the year so far, we're now experiencing an entire week of similar heat!

Mother Nature has decided that we've had summer way too easy so far, with a 23-day stretch of at- or below-average temperatures and the coolest July we've had since 2007.

Long-range computer models keep high heat in store at least through the weekend.

The Weather Prediction Center's eight- to 14-day temperature outlook shows above-average temperatures starting to settle down after a stretch of near-triple-digit heat. So far, only two triple-digit heat days have been recorded at Camp Mabry in 2021.

We haven't seen a forecast like this since last summer! Expect temperatures near the century mark all week and weekend long. With high humidity still in place, this means feels-like temperatures will be well in the triple digits and possibly as high as 108 degrees in some spots across Central Texas. The hottest part of the day remains between 1 p.m. and 6 p.m.

Expect sunny to mostly sunny skies with a consistent south wind in place. We do see a very small 20% chance on Thursday but, other than that, the forecast remains brutally dry as a large area of high pressure suppresses any rain chances from much of the Lone Star State this week.

As August comes in, computer models are hinting at a late-season cold front. This will bring us our next best chance of rain early next week. It is still too soon to pinpoint the exact timing. Rain, if any, would bring less than one-quarter inch of rainfall.

Heat safety should be a major priority for the week and weekend. Heat is one of the leading weather-related killers in the U.S. and can be very taxing on the body. Groups that are particularly vulnerable are young children and infants, the elderly, people with chronic medical conditions and pregnant women.

Make sure to check in with friends and relatives who fall in one of these populations, especially if they don’t have air conditioning.

The KVUE Storm Team will continue to monitor this developing forecast. Be sure to download KVUE's app to check the radar, get updates and upload pictures and videos: kvue.com/app.