As severe weather hits Texas, a San Marcos HVAC company offers suggestions on how to make sure AC does not break as temperatures rise. 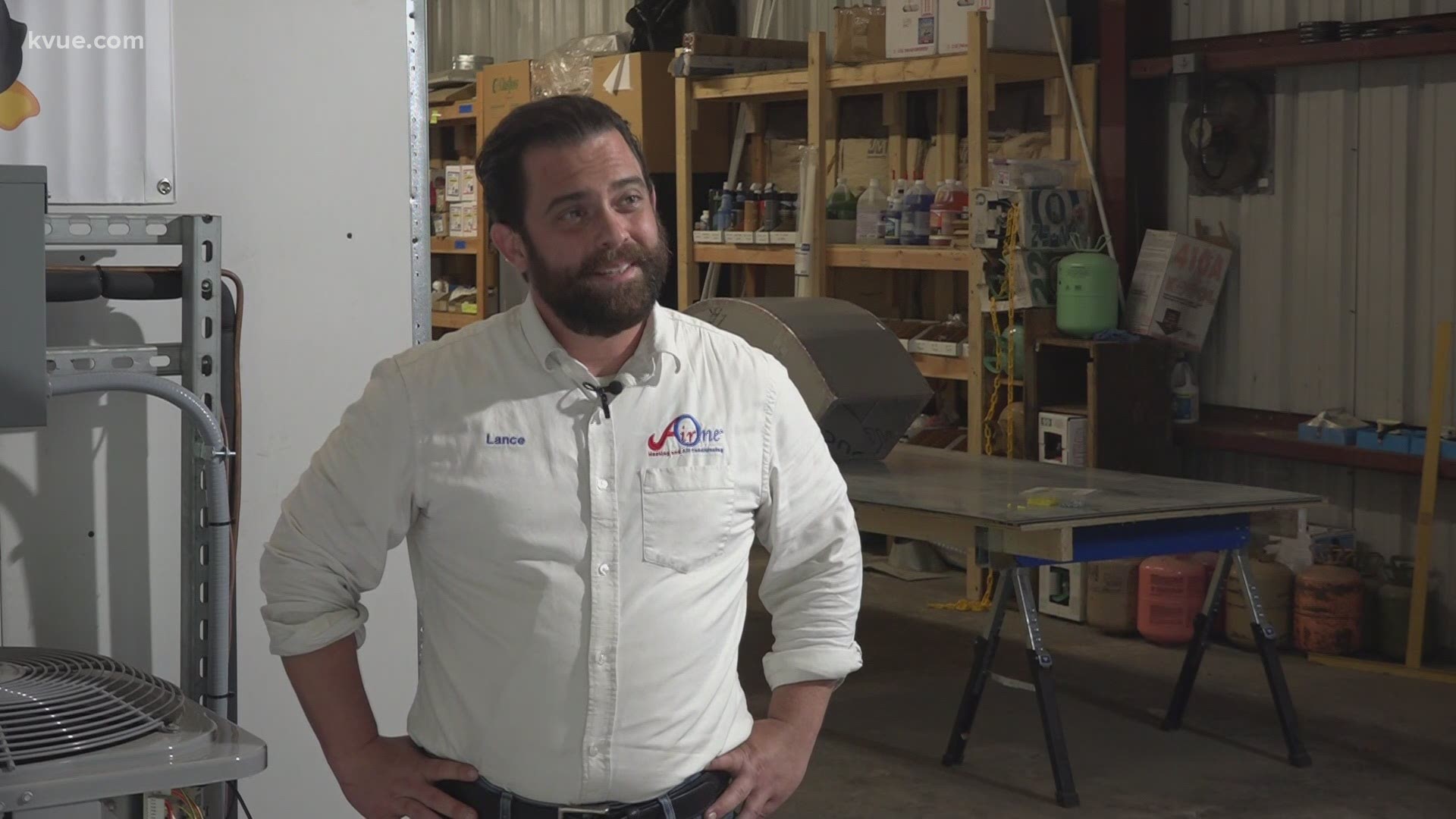 SAN MARCOS, Texas — As lightning and hail scratched the sky on Wednesday night, Lance Beck expected to get calls to fix heating and air conditioning systems across San Marcos.

"Almost every electrical storm, we get at least one or two, sometimes 10 or 20. It's very common," Beck said.

Beck owns Air One Heating and Air Conditioning in San Marcos. Thursday morning, Beck was surprised to not get any calls for maintenance. Beck posted a video to his company's Facebook page reminding people that power outages from storms can cause problems to HVAC systems.

"There's lots of different things actually that knock out power during lightning storms," Beck said. "When you have power off, nobody remembers to turn off their system – you typically get a huge amount of inrush amps. Everything all comes on at once, get pretty bad voltage drops that can damage components within a system. The other one is ... a lightning will strike oftentimes very close to transformers and that'll blow transformers. So that causes a tremendous amount of surge throughout the system. It can be a mile away and still affect you."

To prevent damage, Beck recommends shutting the power to the HVAC system off before the storm arrives.

"The fact is, you have components within – even the motor itself still has power going to it [even when the thermostat is off]," Beck said. "When it's not running, it's not running, but it still has power going to those boards. So the transformer, the boards inside here, the motor, even the board out here is connected to that. So all of these components are at risk even when the system shut off at the thermostat."

Soggy end to the work week; more beneficial rain on the way with strong storms possible

If a power surge damages an HVAC system, it could be anything from a blown fuse to electrical boards breaking. Fixes can range from a service call to thousands of dollars in damage.

As temperatures warm up and Texas approaches summer, Beck recommends people get maintenance done on the air conditioning units. While he says a professional should look at it, there is some simple cleaning people can do at home.

"Flip the breakers off. Sometimes there's a disconnect that you can pull by an outside unit. You can take these screws off, lift [up the top], wash it from the inside – no high pressure, don't take a pressure washer to it," Beck said. "Even some of the hoses with the jet setting can be a little hard, heavy. You can bend the fins and that can ruin your condenser."

Beck believes because Thursday was a relatively cool day, some people may not have noticed if their HVAC system is damaged. He expects calls to trickle in over the next couple of days when the weather dries up again.