The Colorado River at La Grange has not crested yet, but is expected to crest nearly a foot above flood stage Sunday night. 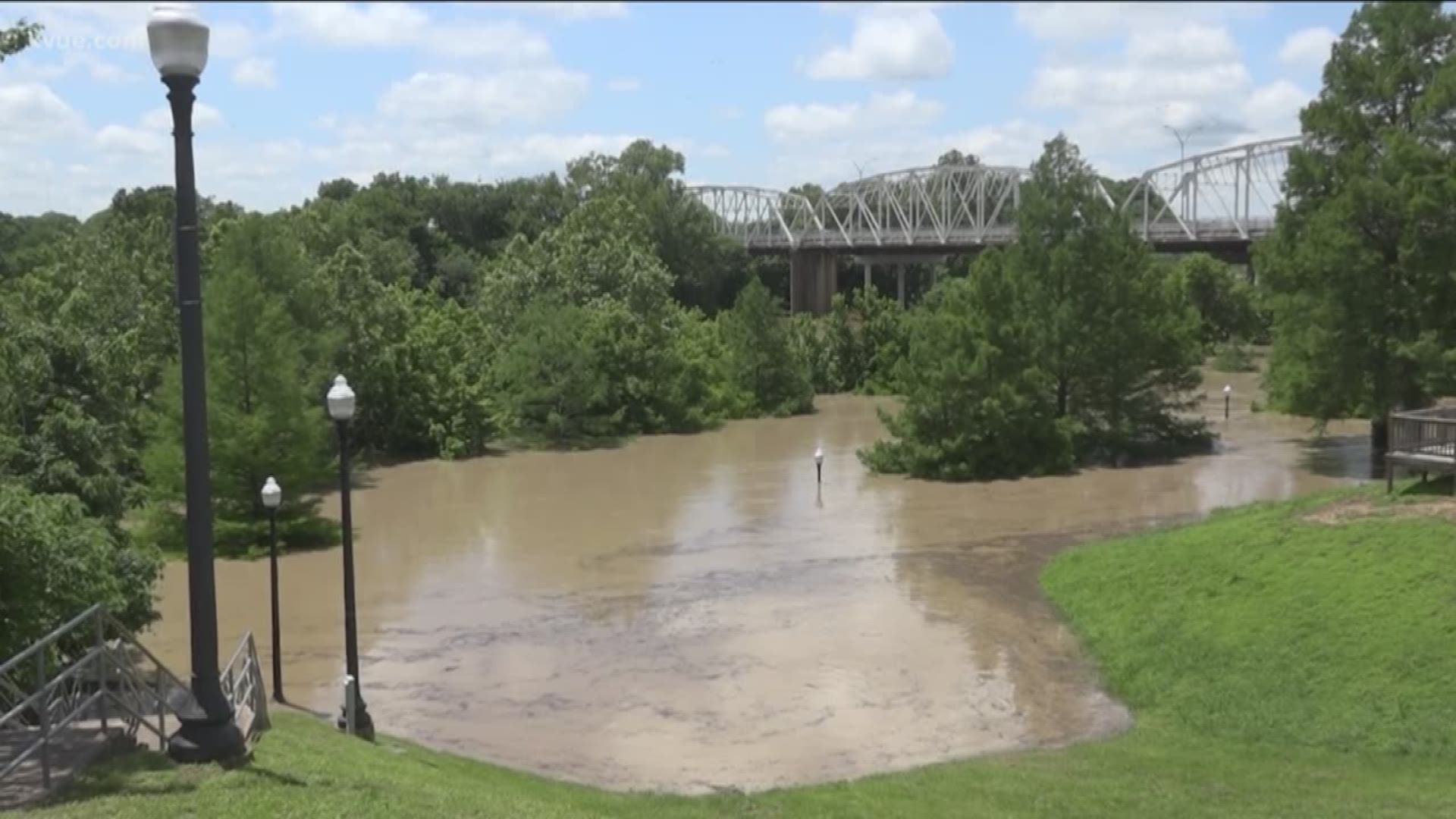 AUSTIN, Texas — Due to heavy rains on Friday, the Colorado River east of Austin has been causing issues for a few communities.

A Flood warning was posted for the river from Bastrop to Smithville to La Grange on Friday. The Colorado River at Bastrop crested at 27.59' overnight Saturday, but it is now below flood stage and is expected to stay below flood stage.

The Colorado River near Smithville crested at 22.76' on Sunday morning, but the river is back below flood stage as of Monday morning.

The Colorado River in La Grange is back below flood stage at 23.6' Monday morning and is expected to continue dropping through Monday.

Rainfall amounts on Friday added up to as much as 8 inches in parts of eastern Travis County.

A daily record amount of rainfall was recorded at Austin-Bergstrom International Airport, breaking a record set back in 1990.

Rainfall amounts ranged between 1 to 4 inches across the rest of the area.

Thankfully, we had drier weather move in for the weekend that allowed lake levels to get a little more under control, but more rain is in the forecast for the week ahead.

Earlier Friday, two tornadoes touched down – one in Flatonia and one closer to the city of La Grange – according to the Fayette County Sheriff's Office. A roof was reportedly blown off of a business in the La Grange area.

The Fayette County EMS tweeted photos of damage in the area after the reported tornadoes.