The Stevie Ray Vaughan statue in Austin, Texas is ready for a major flood. 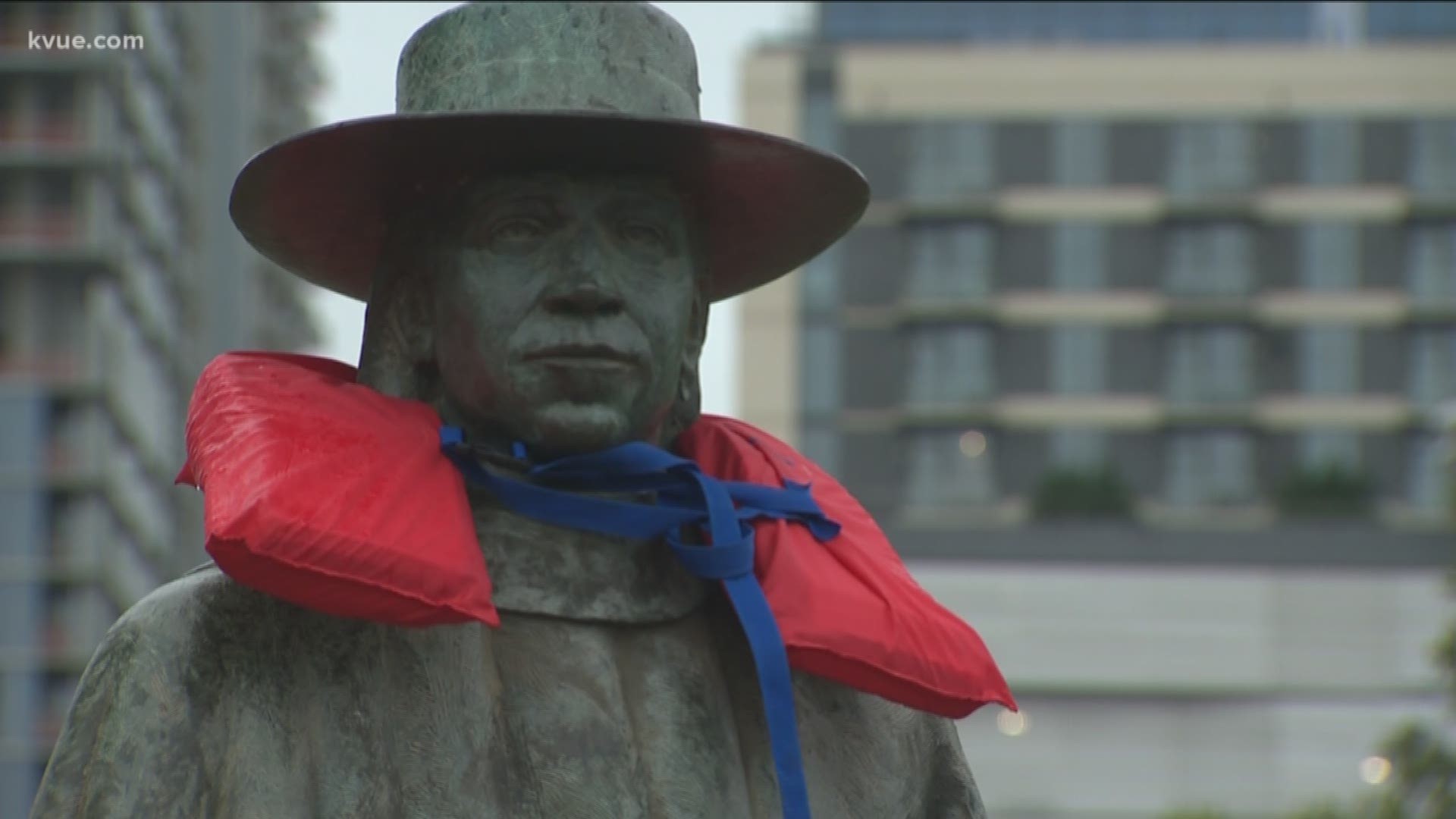 AUSTIN — People living along Lake Austin, Lake Travis and Lady Bird Lake are hunkering down for the worst as Lake Travis continues to rise to dangerous levels Thursday, including a beloved landmark, which many come from all over to see in its bronze glory.

Currently, the Mansfield Dam has four floodgates open, and the Lower Colorado River Authority is considering opening four more, which is likely to bring about flooding into the Austin-area.

So it's no surprise that the Stevie Ray Vaughan statue, which is located at the Ann and Roy Butler Hike and Bike Trail, is ready for high waters and the possibility that it will have to float. KVUE's Jay Wallis spotted the statue Thursday morning with a life jacket, and there's no word yet on how it got there.

Earlier this morning, someone came out to the Ann and Roy Butler Hike and Bike Trail to put a life vest on the Stevie Ray Vaughan statue near Lady Bird Lake. Four more floodgates are expected to be opened at the Mansfield Dam later today, causing this water to rise even more. pic.twitter.com/swM9JioYDg

It's possible people learned from a past experience that the statue needs protection during flooding events. High waters have reached near the statue's waist before.

As Lake Travis rises, here's a look at how water flows through the Highland Lak

For now, the Austin-area remains under the microscope as the water levels at Lake Travis, which received filtered floodwaters from the Llano River, continues to rise to dangerous heights.