The twister caused damage to three homes on Logan Lane. 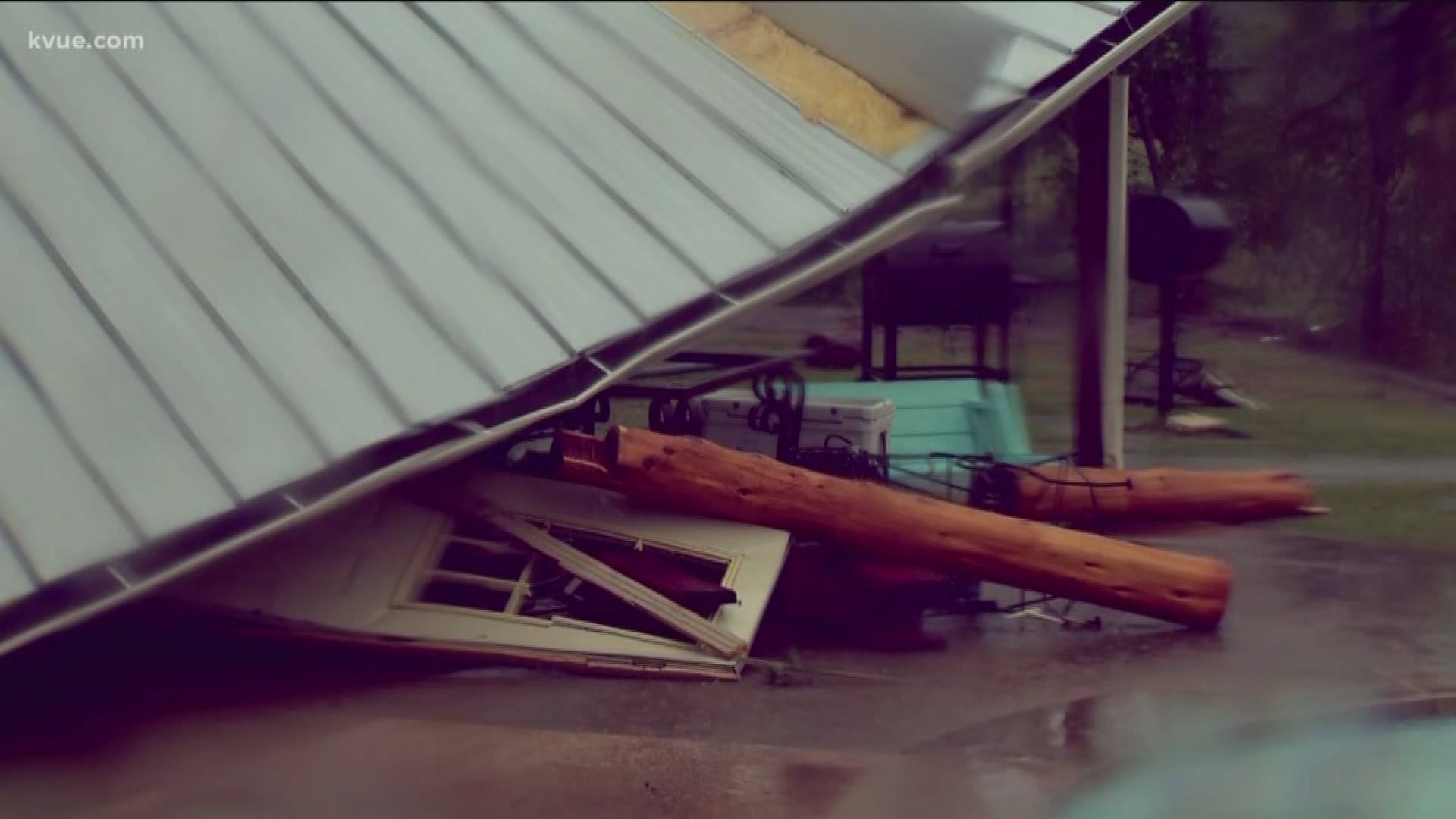 SMITHVILLE, Texas — Neighbors said it's amazing there are no reports of any injuries or widespread damage considering confirmed tornadoes touched down in Smithville and Upton on Tuesday morning.

It appears most of the major damage was contained to three homes on Logan Lane.

Karrie McKeown is one of the three people who live on the private road.

"I was terrified. I thought when the windows blew, I was a goner," she said.

McKeown had just enough time to grab her dog and run to the closet.

"The minute I closed my door to my closet, to where I was hiding, the windows blew out, the doors shut and you can just feel the air in the whole house and then I can hear the windows blowing out," she said.

The twister ripped up her big elm tree, barn and trailer before moving over to her sister and nieces' homes on the same land but different lots.

The storm flipped an ATV several times and threw a carport in a nearby river.

McKeown's niece wasn't home at the time, which scared her even more.

"I was not here, I was at the courthouse," Lyndsey Schroeder said.

Schroeder works for Bastrop County and was in one of the daily COVID-19 briefings when she got the severe weather notifications.

She called her inlaws and warned them just in time.

"'Grab my son and get to the closet.' And they did that and my mother-in-law said within a minute of them getting to the closet, she hears glass crashing, things hitting the house," Schroeder said.

But she is grateful her four-year-old son and everyone else is safe.

The twister also didn't harm the livestock or pets on anyone's property.

McKowen and Schroeder both said that they don't have estimates on the damage to their homes and property yet, but McKowen said anything lost are just things that can be replaced.