Sleet or graupel: What's the difference?

There were several reports of sleet and graupel Friday morning. 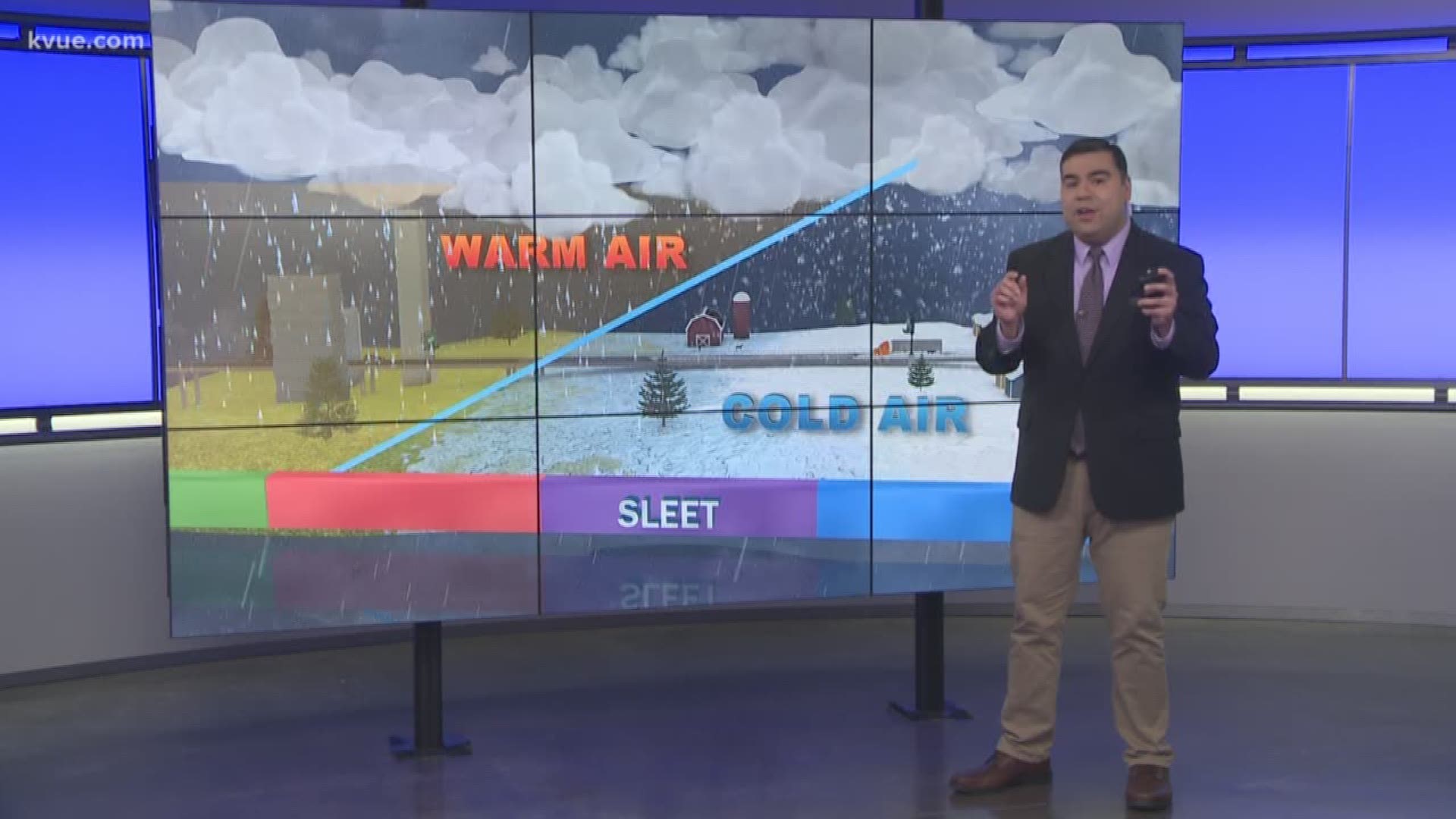 But it wasn't just sleet falling from the sky. We also saw a lesser-known type of wintry precipitation called, "graupel."

Here are some pictures of what Central Texans were seeing Friday.

Central Texas wakes up to sleet

"While sleet is pure ice pellets, graupel is precipitation that forms when supercooled water droplets are collected and freeze on falling snowflakes, forming 2–5 mm balls of rime. Look like tiny hail/snowballs," said the National Weather Service.

Here's a great example from Friday of what sleet and graupel look like from twitter user @kelky84: The graupel is the small and round snowballs, whereas the sleet is smaller and more icy-looking.

When temperatures are right around the 32-degree mark, precipitation can fall in all types of ways: Sleet, graupel, freezing rain and snow.

Temperatures don't have to be the same on the ground as they are hundreds or thousands of feet up in the atmosphere. While temperatures may be below 32 degrees at your house, above it, that may not be the case.

Sleet happens when temperatures are at or below freezing on the ground, but a column of air is above freezing above the ground. A snowflake will melt into water, then refreeze into a small ball of ice as it hits the ground.

For more on this topic, read: Sleet, ice, graupel, flurry: What's the difference?