A second round of heavy rainfall & storms brought the cancellation of the CAP10K race. 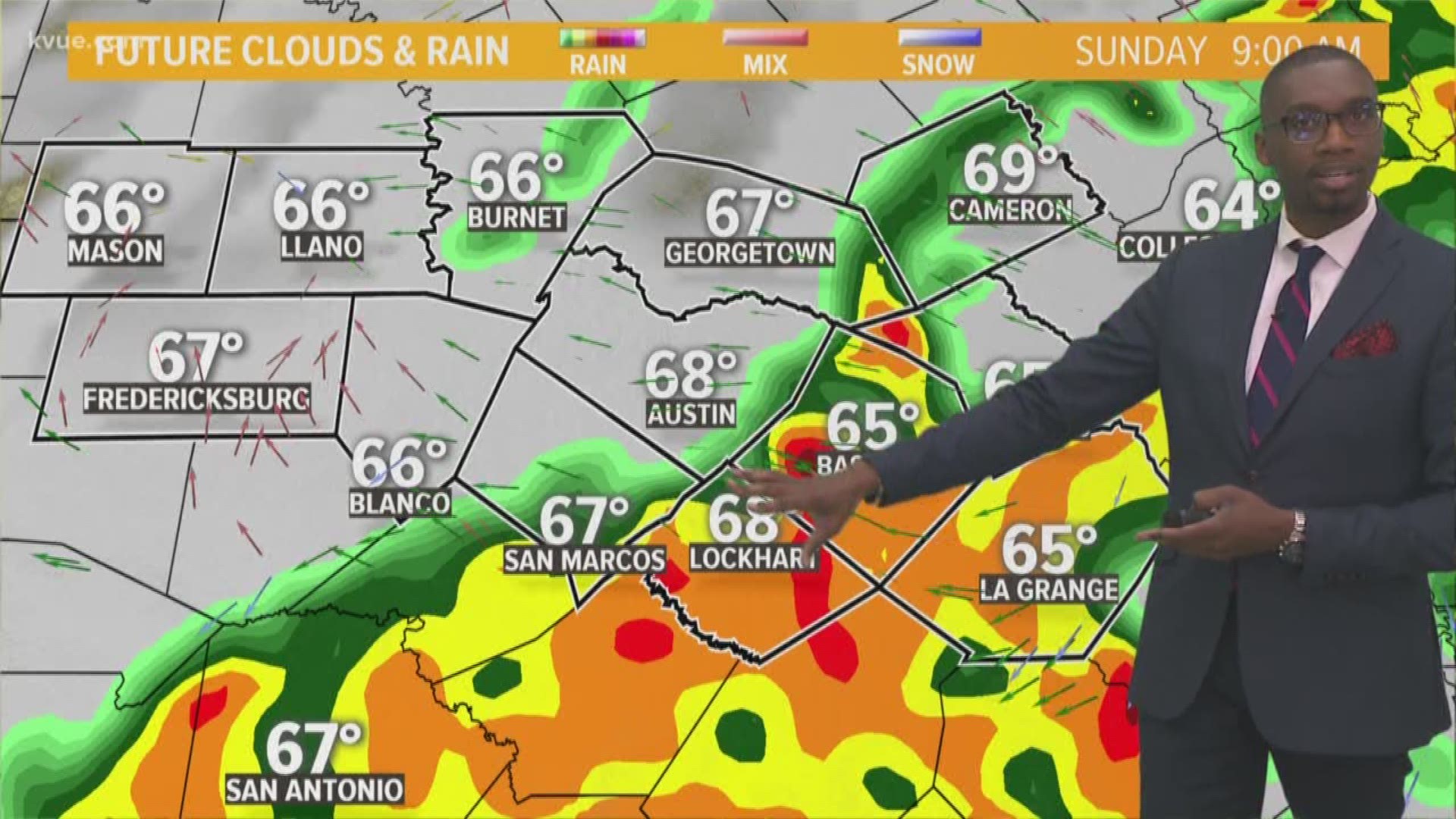 After torrential downpours and lots of lightning Saturday, Central Texas woke up Sunday to claps of thunder and a storm overspreading the region, causing the cancellation of the Austin-American Statesman CAP10K race for the first time in its history.

Here's a look at some of the rainfall accumulations as of 12 noon Sunday.

Once the storms begin to clear, some areas could be experiencing a few lingering light sprinkles with the heaviest bands still well east of downtown.

Temperatures could stand to warm up into the mid to lower 70s by Sunday afternoon with slight humidity and a few peeks of sunshine.

A few isolated threats for a pop-up shower is still possible into the late evening and overnight as temperatures settle in the mid to low 60s as the night wears on.

The National Weather Service kept a Flash Flood Watch in effect until 3 p.m. for several counties including Travis, Hays and Williamson.

Because of heavy rainfall on Sunday, flash flooding will continue to be a lingering threat.

A much quieter work week lies ahead with overnight lows mild and daytime highs reaching above normal mid-week but cooling down in the wake of a cold front near the weekend.

Stay with KVUE for the latest updates.