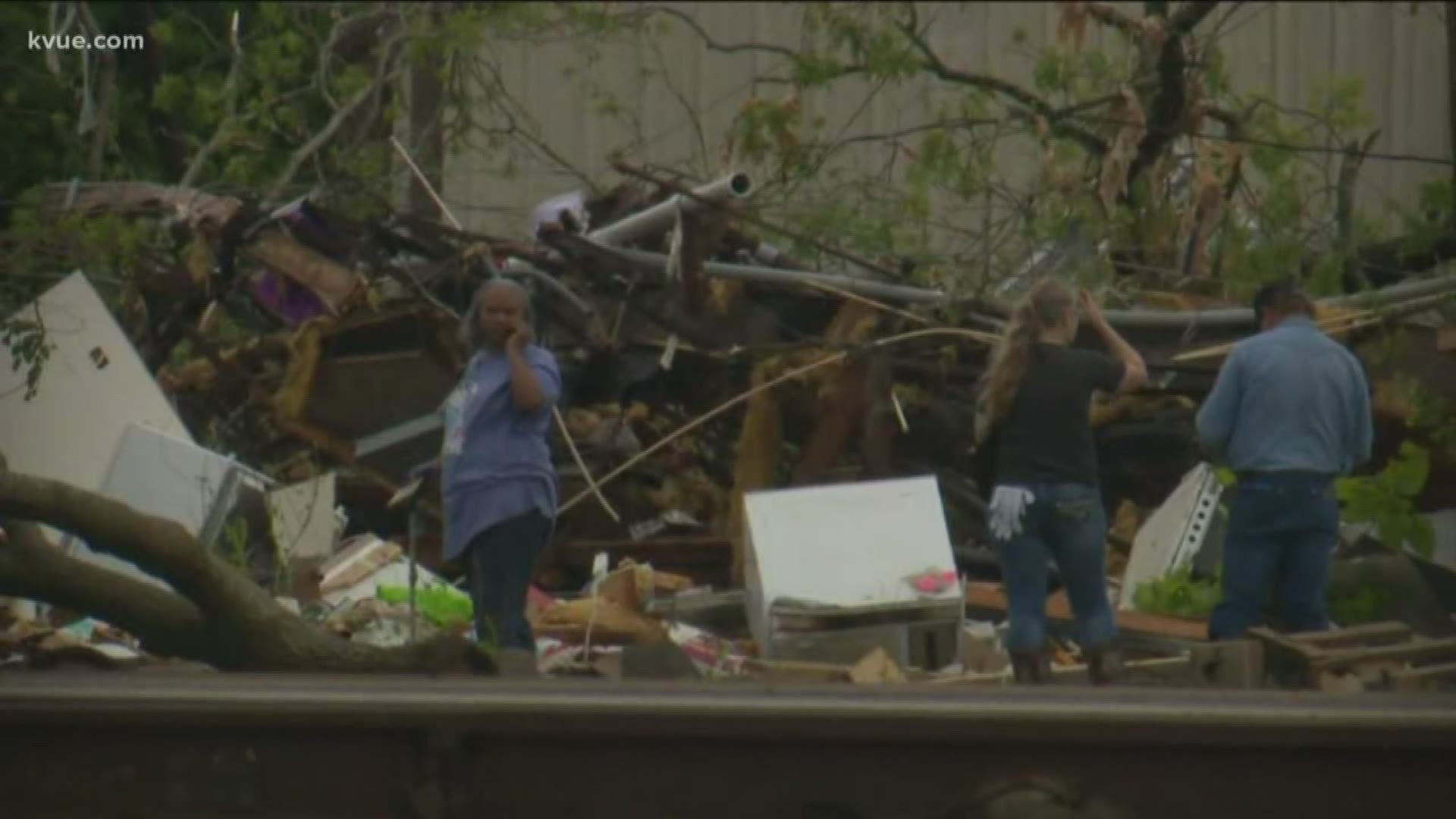 FRANKLIN, Texas — People were trapped in badly damaged homes as a tornado ruined a significant portion of Franklin, Texas on Saturday.

The National Weather Service confirmed it was an EF-3 tornado at peak intensity, with winds of 140 mph.

Only about a dozen people suffered minor injuries. Some suffered broken bones, according to Robertson County Judge Charles Ellison. Other than that, no significant injuries or deaths were reported.

But there is a massive cleanup ahead, as crews try to restore power to more than 3,500 residents who lost it across Robertson County.

Ellison, the Robertson County judge, said "we've lost about half of the south side of Franklin."

Franklin's population is about 1,500, while the county has just over 16,000 people, according to the most recent U.S. Census.

Franklin Police Chief Terry Thibodeaux said he believes everyone who was trapped in their homes was rescued, between the police department and EMS.

"We've got a lot of power lines down, a lot of homes destroyed and damaged," Thibodeaux said. "I believe we have all the roadways back open for vehicle traffic but we're still reverting around the affected areas there in town."

The chief said anyone with medication or live-saving needs still inside the rubble should contact the Robertson County Sheriff's Office and ask for a Franklin police escort.

"We'll be out here all night," the chief said. "The Franklin Police Department will be on patrol for the next 24 hours for anyone who needs help."

Billy Huggins, the emergency manager for Robertson County, said his first call from the National Weather Service came at 11:20 a.m.

It said a tornado was on the ground crossing Highway 6 between Hearne and Calvert, headed toward Franklin.

Huggins was in Bryan at the time - some 30 miles away from Franklin. By the time he was back, the damage had already been done.

Severe weather Saturday caused major damage to at least 20 homes and cars in Franklin, which is north of College Station.

Most of the damage is within a six-block radius in Franklin -- south of Highway 79 starting from 46 to Calvert Street, going about four blocks in, the chief said.

The city's public works building, garbage trucks and city equipment was damaged. Thibodeaux said this will affect the city "for a while, until we get that back up."

Viewer photos shows trailer homes ripped apart by strong winds, power lines knocked down and trees on top of cars.  There were several tornado warnings issued as the storms moved through.

Franklin residents are being told to go to the First Baptist Church if they can't get to their homes.  And if they see power lines down, they're asked to call 979-828-3299.

The city is under a boil water notice.

The Robertson County sheriff called the damage the worst he's seen in 23 years.