People in one neighborhood north of Downtown Dallas began cleaning up after Sunday night's tornado, but the destruction had most of them still in shock. 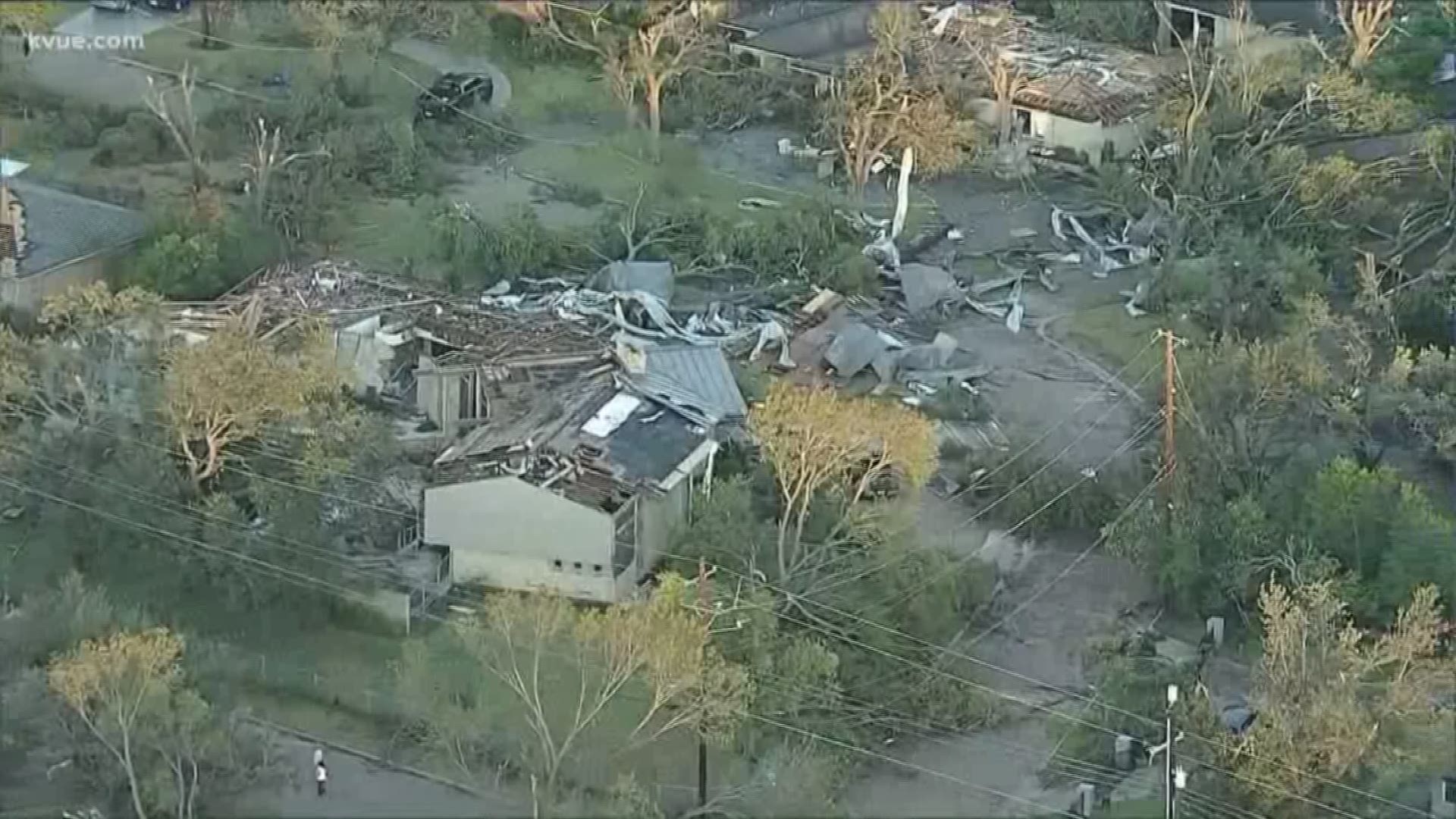 DALLAS, Texas — When John Stack took his dog out for a walk in the Preston Hollow neighborhood on Sunday night, he noticed the wind starting to whip up.

“All of a sudden, there was this crash – I mean, there was no warning, it was just crash,” Stack said outside his home Monday evening.

Stack’s front window was blown out by the wind and trees in his front yard – some 75 years old – were snapped.

On Monday, neighbors helped him move the tree branches to the curb and board up the busted windows.

“The whole morning was just, I mean, it really had me touched. I couldn't believe it,” Stack said.

Dallas tornado classified an EF-3, had winds up to 140 mph

Tornado rips through North Dallas; Over 100,000 without power early Monday

People who live in the area strolled through on Monday evening to see the damage for themselves.

Joseph Sachs and his wife usually walk their dog in the area, but after the tornado, their focus was the damage.

Sachs was born and raised in the Preston Hollow neighborhood and now lives just two streets from all the destruction.

“It's really very sad because it's not going to be the same,” Sachs said. “In times like this, you really do get to know everybody.”

Stack said he and his wife will now consider moving from their home – but not far because he loves the neighborhood.

“This is the first time we've been so much the victim. I don't prepare for that,” Stack said. “It just happens.”