The KVUE backstory: Remembering the Llano River flood of October 2018

Two years ago this October, the Kingsland area was hard hit by a major flood that washed away a major highway bridge. 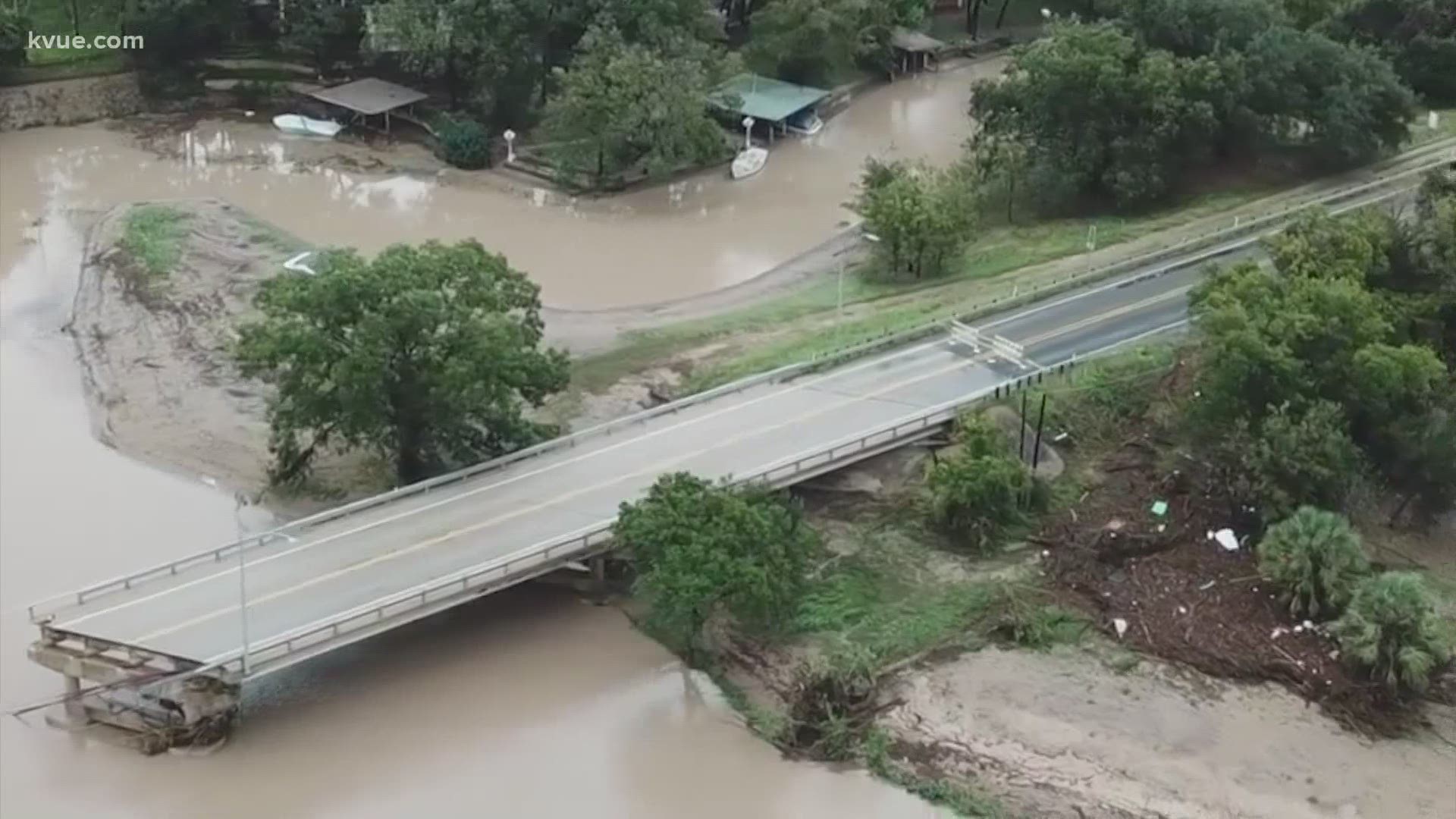 KINGSLAND, Texas — Two years ago on Friday, Oct. 16, 2018, floodwaters rushed through the Llano River at Kingsland, causing widespread damage to boat docks and homes. The most dramatic damage occurred when flood waters caused the FM 2900 bridge to collapse and wash away.

The Llano River crested at 39.9 feet, which was the highest in more than 80 years, more than 10 feet above the flood stage and only a foot-and-a-half below the record height of 41.5 feet set in 1935.

The bridge, which was built in 1969 according to the Texas Department of Transportation, was made of concrete and steel pilings and built to withstand a 50-year flood level.

The flooding set off a series of mass evacuations for those who lived along the water. According to Llano authorities, at least one person died in the flood.

The bridge connected two sides of Kingsland and the loss caused problems for its residents since what had once been a five- to 10-minute drive took about 45 minutes.

"So what was a two-minute drive to going to the grocery store, to go to the pharmacy, to get gas, to do anything like that now became a 40- to 50-minute drive," Llano County Judge Ron Cunningham said in a KVUE news story published online in 2019.

Less than a month after the bridge was washed away, construction to rebuild a new bridge began. The FM 2900 bridge finally reopened on May 24, 2019, merging the city back together.

Rapper from Memphis who boasted about unemployment fraud scheme arrested