Nearly a week after Hurricane Ida, residents face exhausting conditions as they repair their homes

Residents are also not expected to get power turned back on for eight to 10 days with gas for generators short in supply. 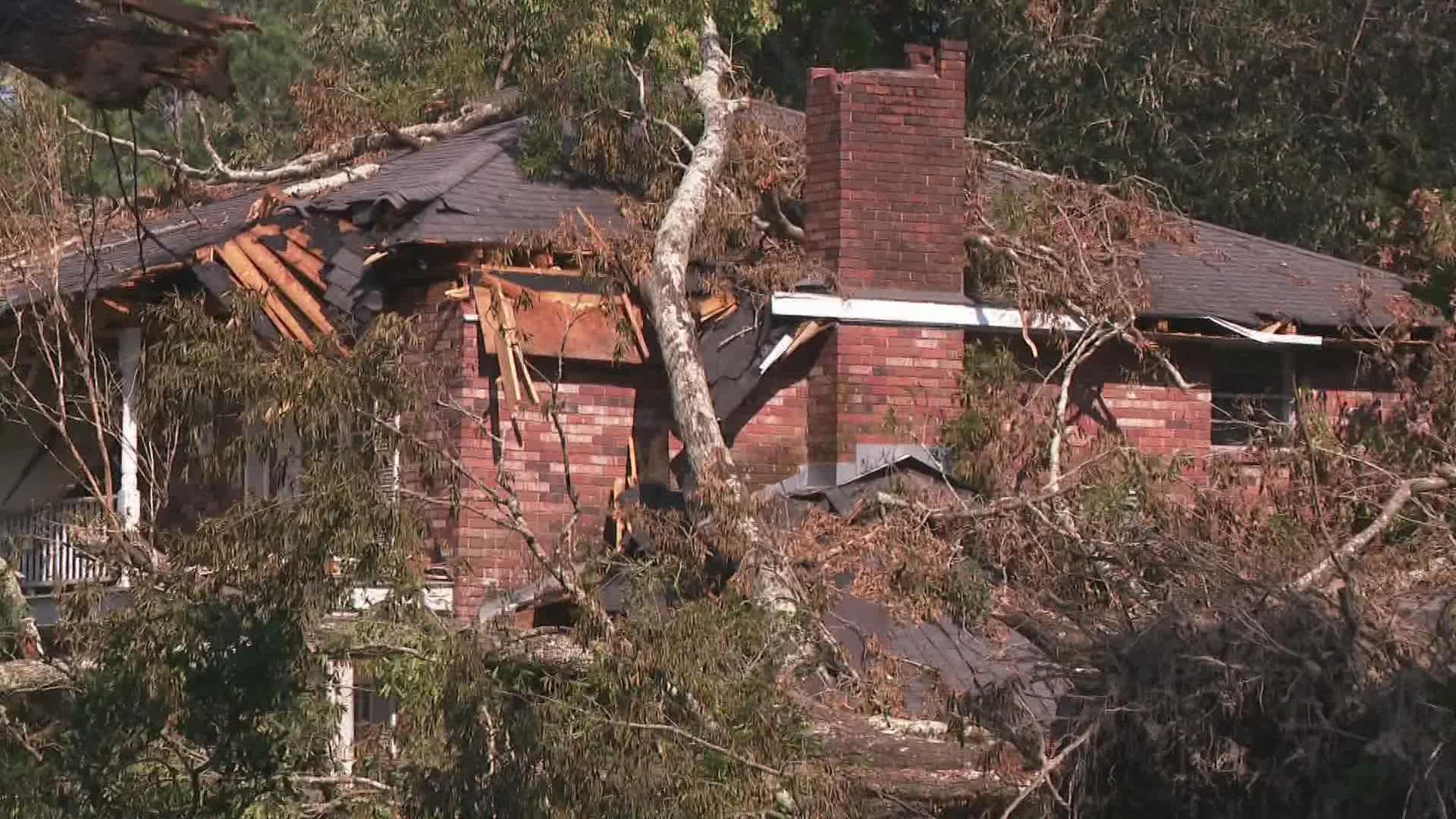 CONVINGTON, La. — Nearly a week after Hurricane Ida made landfall, thousands are still without power and many more are starting to survey the damage to their homes.

The damage in St. Tammany Parish is widespread, and residents are facing exhausting conditions with the heat outside as they continue to work on repairing their homes.

Residents are also not expected to get power turned back on for eight to 10 days.

WWL-TV visited one Covington neighborhood where one family suffered extensive tree damage to their home and had one of their vehicles crushed by debris. Luckily, the family was able to get out of the home safely.

Power is expected to be out for at least another week and many are trying to beat the heat by keeping their generators going. However, gas is short in supply.

“This is craziness,” one Covington man said. “It’s not real.”

One Shell gas station in the area ran out of regular unleaded forcing residents to pay more for premium gas at more than $4 a gallon to keep their generators going.

“To keep my family cool, it’s worth it,” one resident said.

At one point too many drivers were using credit cards and it tied up the fuel system, forcing customers to pay with cash only.

“It’s aggravating, cause you got a generator, and it keeps you alive,” another man said. In Terrebonne Parish, many homes in Chauvin were left devastated. One couple said their roof collapsed while another home across the street looked demolished.

There was no roof left on the home and parts of the kitchen are leftover. There was at least one vehicle under the debris. Fortunately, the family who lived there evacuated before the storm hit.

There are even more similar scenes on other streets in the area.

Residents in the area are in great need with many lining up for gas at stations that were still left standing after the hurricane.

There are similar lines outside of relief centers as residents needed food among other things to keep going for couple more days.

On top of that, there is still no power in this area.