As many as 3,000 evacuees are expected in Austin. 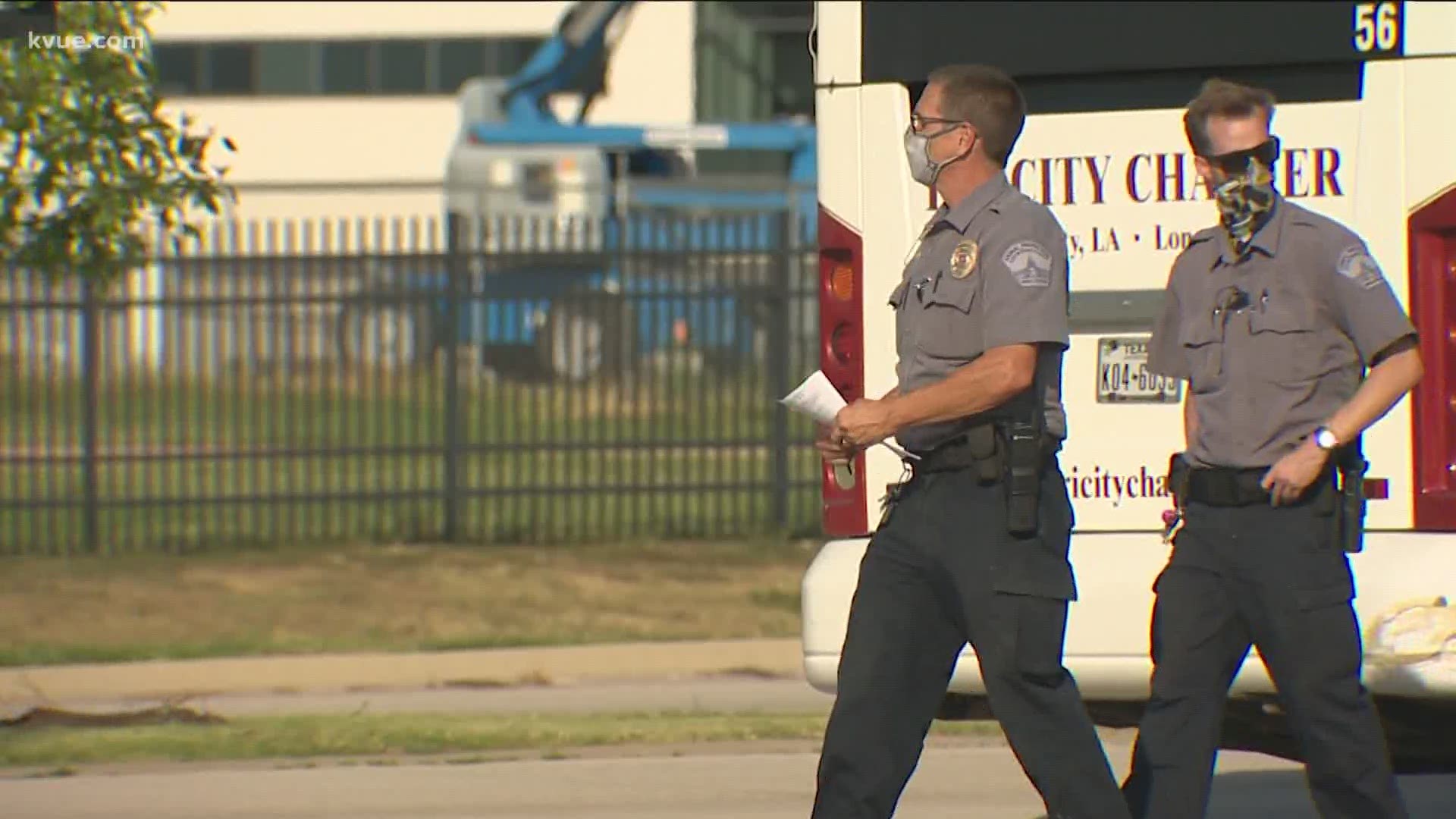 AUSTIN, Texas — As Hurricane Laura approaches the Texas coast, residents are evacuating ahead of the storm's landfall. Some are seeking shelter as far north as Austin.

"It was not a tough decision. It was just, 'Get out of the way,'" Paul Brindley said.

He and his wife traveled Tuesday from League City, near Galveston, to his mother's home in North Austin. After what happened with Hurricane Harvey, they didn't want to take any chances.

"The water was six feet from our doorstep, and we watched over five days as it inched to our doorstep," Brindley said.

Edward Coburn didn't want to ride out the storm either.

He and his wife drove up from Beaumont. It wasn't an easy journey because of all the traffic.

"[It took] six and a half hours. Everybody [was] freaking out," Coburn said.

Instead of staying with his daughter in Austin, he's staying at a hotel in Cedar Park because of COVID-19.

"My daughter [was] trying to get us isolated for social distancing, and that's why she put us in this hotel," he said.

But not everyone could evacuate on their own. Buses from cities like Galveston started arriving at the Circuit of the Americas shortly after 4 p.m. Tuesday, according to COTA Chief Operating Officer Rick Abbott.

"Coming from the public housing and the indigent side, they have been nothing but nice," said Christina Castano, who was on one of the buses.

She would like to have stayed in Galveston, but the mandatory evacuation forced her out.

"We just knew that, you know, we had to go somewhere safe and everybody was willing to go wherever they took us," she said.

Because of COVID-19, Castano said passengers were spread out, and they were required to wear masks. They were screened before and after boarding the bus.

At COTA, City officials, including members of the Austin Fire Department, check-in with the evacuees before the buses transport them to nearby hotels.

It's a big chance in protocol from years' past when people would shelter in places like schools or the Austin Convention Center.

"That's just not a best practice this year," said Bryce Bencivengo, the communications manager for the City of Austin's Office of Homeland Security and Emergency Management. "Putting a bunch of people in one space with COVID-19 spreading in our communities and their communities ... it's not a good idea."

Some, like Castano, are just eager to get to their final destination as they await what happens back home.

"We left it all," Castano said. "We're exhausted."

According to Bencivengo, Austin is expecting as many as 3,000 evacuees. Abbott said they're expecting to process at least 400 buses within the few days.

Suspect at large after firing at Austin police officers