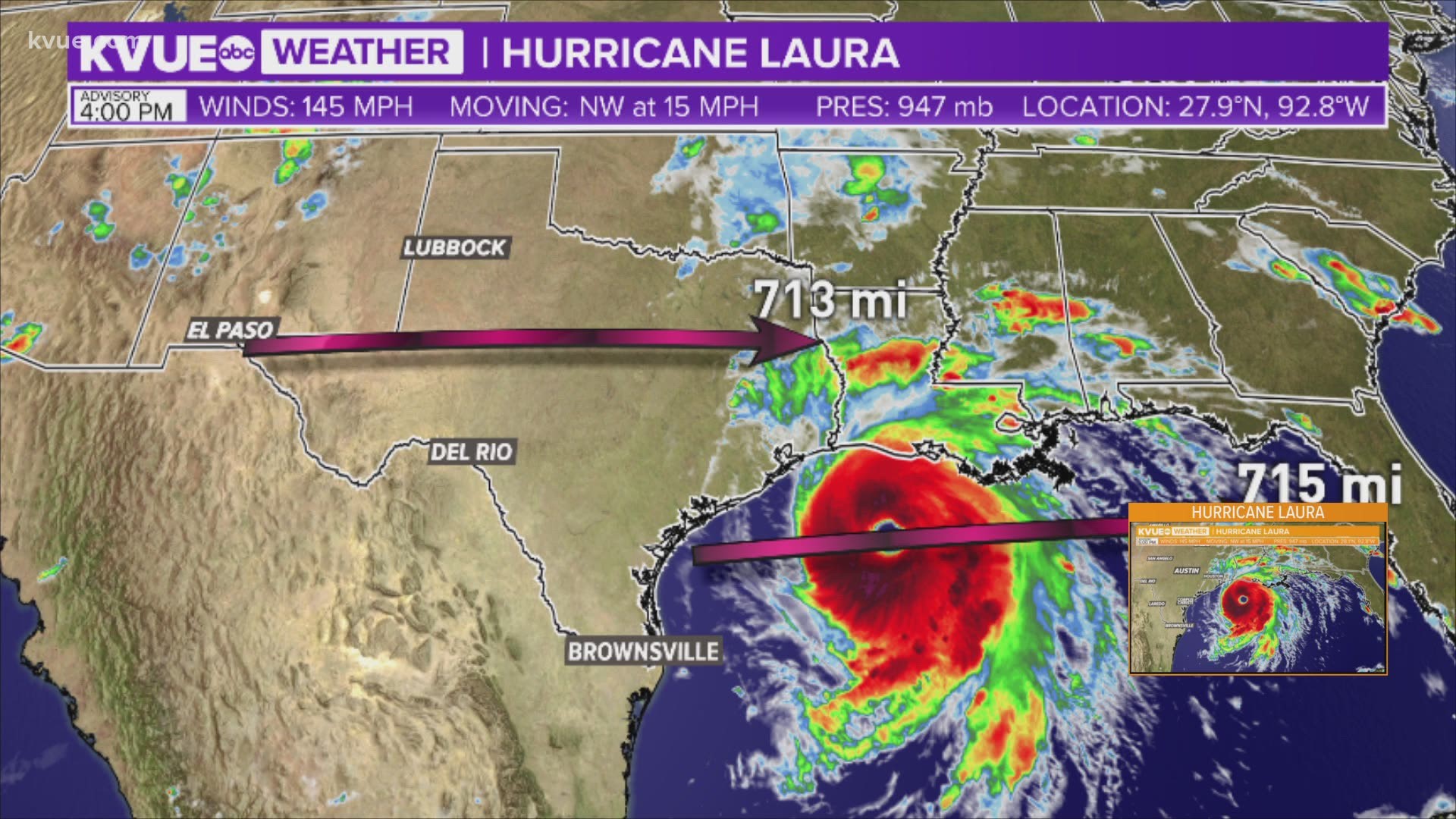 AUSTIN, Texas — Central Texas' hotel sheltering options for Hurricane Laura evacuees are full, according to the City of Austin.

However, the City has opened the Austin Convention Center as a "traditional shelter setting" available to evacuees with the assistance of The Red Cross and Texas Division of Emergency Management (TDEM).

In an update Thursday morning, the Capital Area Shelter Hub has housed approximately 3,000 evacuees in more than 1,000 hotel rooms and in space at the Austin Convention Center.

The Austin Convention Center's capacity supports 135 shelter spaces, officials said, and the traditional shelter setting in Halls 1 and 2 of the convention center would remain open as needed. Located in Hall 3, the Alternate Care Site remains on standby as a hospital overflow facility.

Austin Public Health Director Stephanie Hayden ensured the City would have proper screening processes in place for the shelter regarding the ongoing COVID-19 pandemic. The City said it would provide face coverings for those who would need them when going to the Austin Convention Center.

The City and Travis County have issued disaster declarations in response to the storm but, currently, the hotel sheltering options provided by the capital area regional partnership has reached capacity. The City said there may be hotels in the area available to evacuees who can pay for them.

The City is encouraging evacuees to head to the Dallas-Fort Worth area and Ellis County for additional funded shelter options. Evacuees can call 211 or Austin 311 at 512-974-2000 for help finding the next closest sheltering location. Evacuees can also text “ATXShelter” to 888-777 to get updates about sheltering in the Austin area.

The North Texas shelter locations evacuees are encouraged to go to are:

The City said the Circuit of the Americas reception site remains open as a rest and intake area, but evacuees are not guaranteed a room if they go there.

The City held a press conference at 5 p.m. Wednesday to provide further updates. Mayor Steve Adler and Hayden were in attendance, joined by Juan Ortiz, the director of Homeland Security and Emergency Management for Austin, and Eric Carter, the chief emergency management coordinator for Travis County.

Adler said in the Aug. 26 press conference that the City was able to help 3,000 people get into 1,000 rooms, which he said was more than officials had anticipated. The City later confirmed the evacuees are housed in a total of 1,079 rooms.

NEW: The city of Austin and regional partners are currently hosting 3,000 evacuees who are housed in 1,079 hotel rooms. The city's convention center also has been converted to a shelter. #hurricanelaura

Hayden said any information for locals wishing to help with the evacuation response would be posted in the coming days after officials could assess and determine what social services are needed.

Evacuees can receive important updates and information by text message while they are in the Austin area. They can text "ATXShelter" to 888-777 to sign up for updates or call 512-978-1510 for the same updates that would be received by text.

Hurricane Laura: A timeline of what to expect and how Texas is preparing