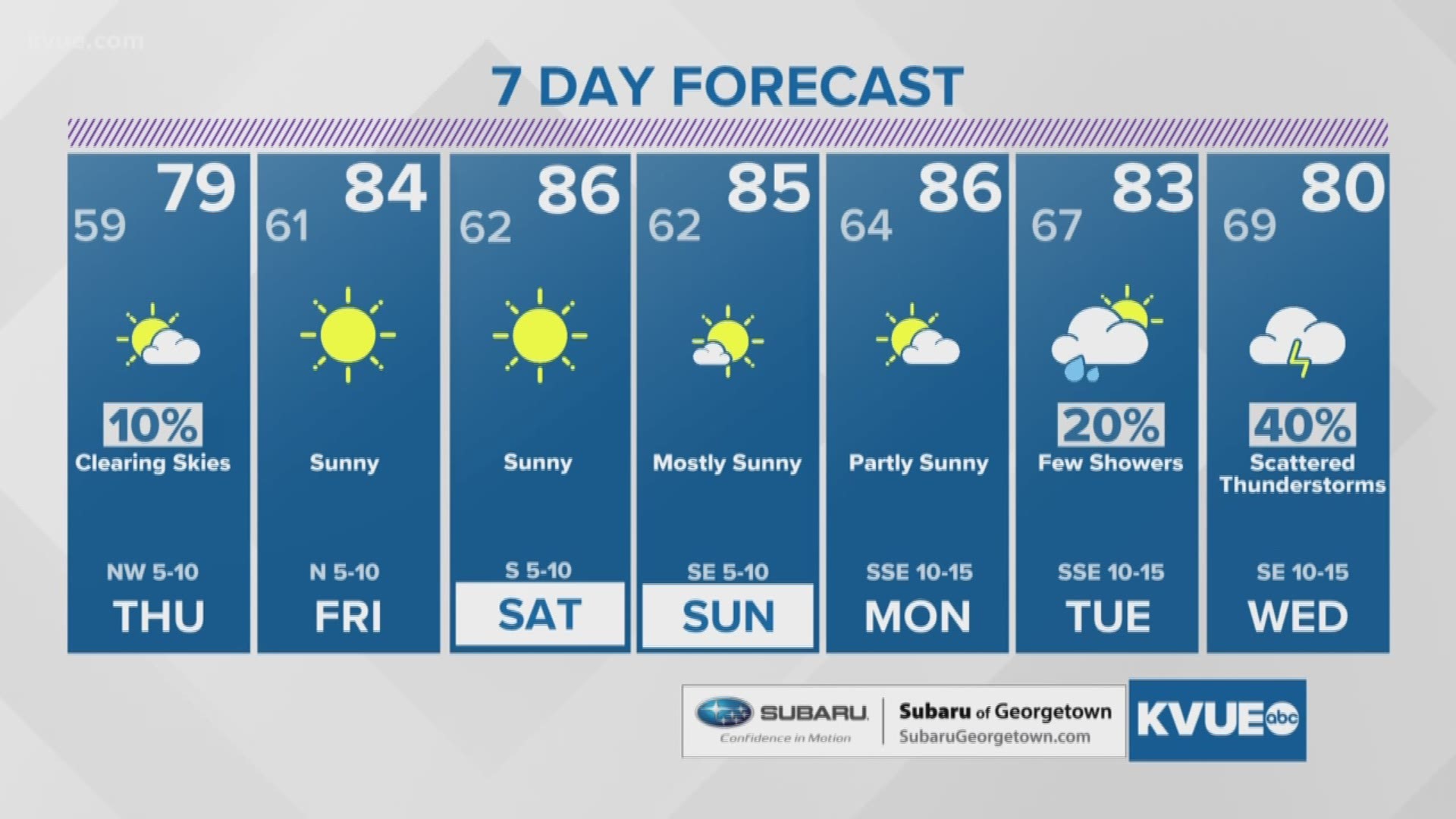 AUSTIN, Texas — Wednesday's storm system has moved out of the area. Other than a passing shower, expect a mainly dry overnight with patchy fog and temperatures in the upper 50s and low 60s.

Rainfall amounts ranged from one to two inches in many locations across the area. The heaviest rain was reported at Lake Fayette at the power plant east of La Grange at 3.21".

Rainfall amounts ranged from 1.44" in north Austin at the KVUE Studios, to 2.13" in Leander.

A daily record for rainfall was a record at Austin-Bergstrom International Airport at 1.88". The old daily record was set back in 1957.

The forecast will be rain-free through Monday. Shower chances increase by the middle of next week.

RELATED: Explainer: How do the Highland Lakes and dams work?