Forecast: Still mainly dry Monday, but much higher rain chances are on the way

Here are the latest updates from the KVUE Storm Team. 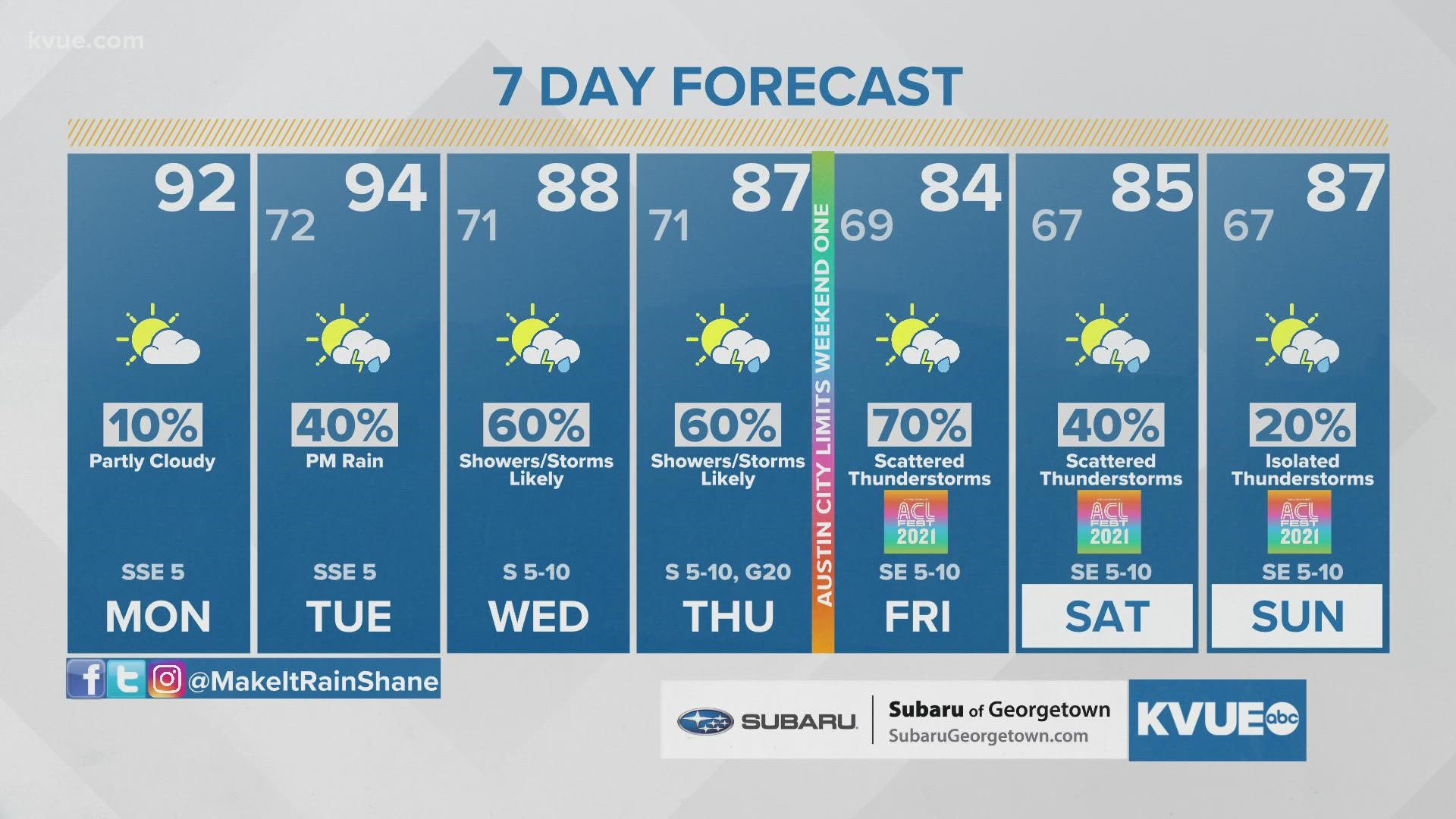 AUSTIN, Texas — We've been enjoying a phenomenal stretch of dry weather for the past several days, but things will be changing quite a bit for the upcoming week as rain chances return to the forecast.

Monday still looks just about completely dry and increasingly warm with a high near 92 degrees for Austin. Tuesday will feature more low to mid-90s, but will also introduce higher rain chances by the afternoon and evening.

The overall weather pattern appears to be very conducive for wet weather for the middle and second half of the upcoming week thanks to a couple of upper-level disturbances moving in from the west.

As of now, we're expecting the most widespread rain and storms in the Wednesday through Saturday timeframe. We'll still have to iron out the specific timing for multiple rounds of rain and storms as we get closer, but overall rainfall totals continue to trend higher with 1 to 3 inches now possible for a good chunk of Central Texas. Isolated amounts south of Austin could exceed 3 inches.

We need the beneficial rain after a very dry September, but we'll also have to keep an eye out for some flooding, especially late in the week as the dry soil becomes more saturated.

The forecast for next weekend is still subject to some change, but as of now, we're looking at a good bit of wet weather for the first weekend of Austin City Limits. The forecast could trend a bit drier by Sunday, but as of now both Friday and Saturday are looking like rain chances are elevated.

With more clouds and rain around, look for afternoon highs to drop back to the 80s by the middle of the week.