The severe threat is low but not zero. 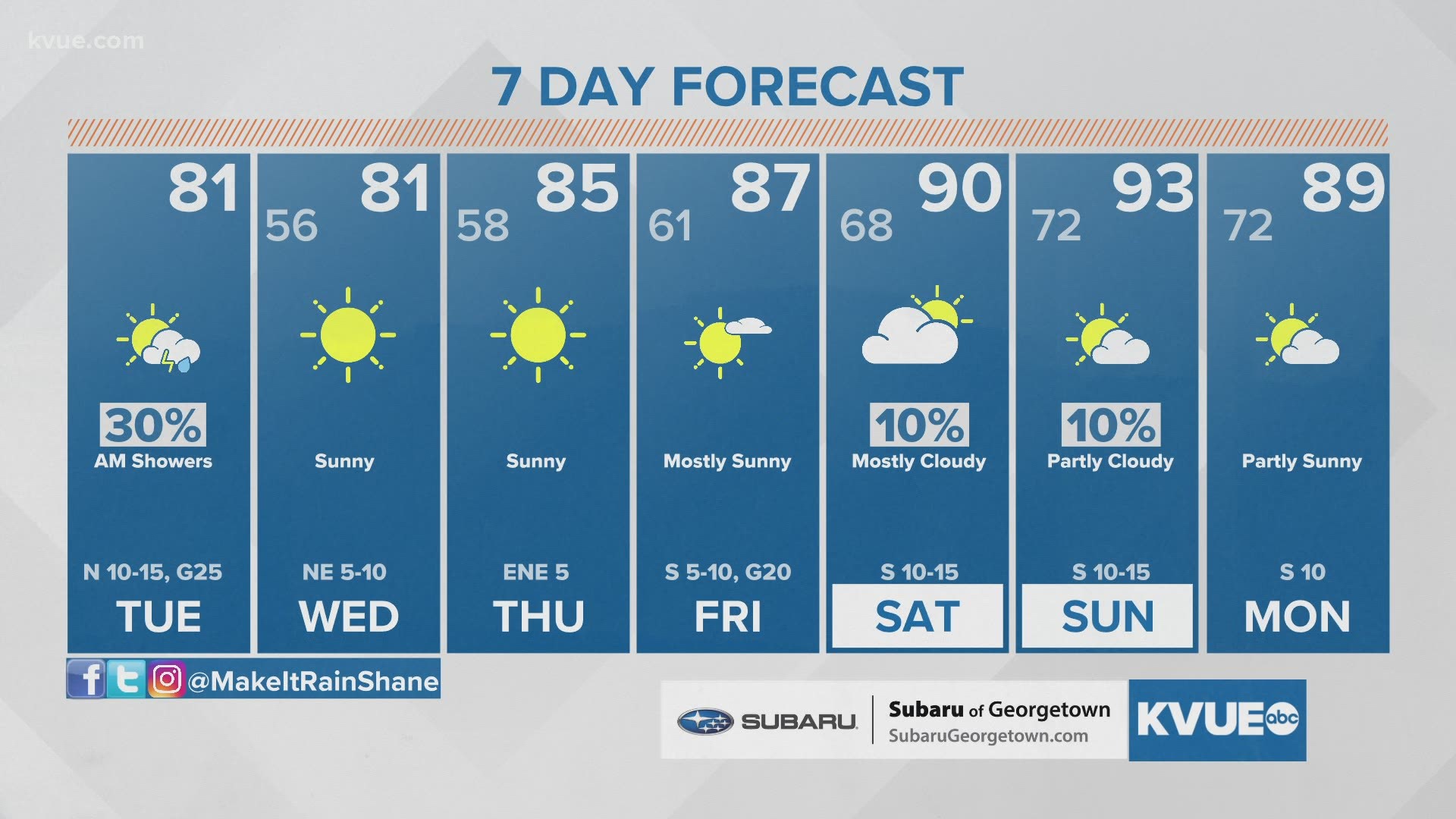 AUSTIN, Texas — The last thing anyone wants to hear right now is that there are more chances for rain in the forecast after such a wet last week.

However, a system moving through Tuesday morning will bring our only significant rain chances for the upcoming week.

A dryline sparked up a few severe storms Monday night. Thankfully, the hail threat was low and no major storm damage was reported.

TONIGHT | The last warning has expired and the severe threat has come to an end. Get some sleep, Central Texas!

TUESDAY MORNING | A few strong storms will be possible with a cold front pushing through. @marielruizwx & @JasonM_KVUE will be tracking this on @KVUE Daybreak!#ATXWX pic.twitter.com/BqNOhN6pyL

Another round of showers and storms will be possible Tuesday morning. The severe threat is low, but during spring severe weather season, any storm chance is worth watching closely. A lingering shower could be possible through late Tuesday morning, but will quickly clear heading into the afternoon.

Tuesday is expected to be significantly cooler than Monday with partly sunny skies and high temperatures struggling to make it near 80 degrees.

The rest of the workweek is expected to be seasonal and sunny with afternoon high temperatures hovering around the lower and mid-80s.

Here is a look at your extended forecast for the week ahead: