The storm was located at 5:28 p.m. Sunday northwest of Copperas Cove, moving south at 35 mph, the National Weather Service reported. 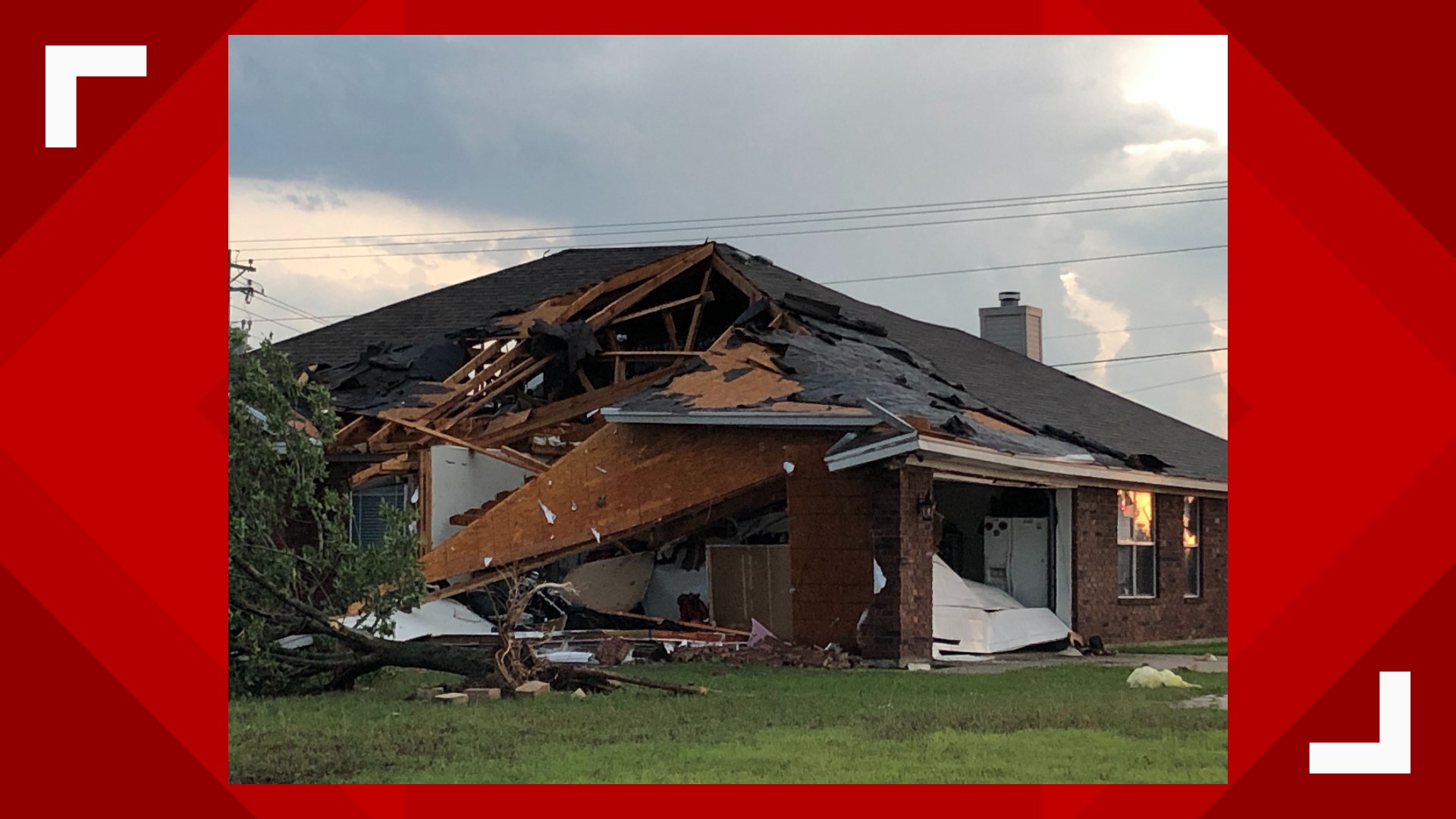 TEMPLE, Texas — The National Weather Service investigated four reports of a possible tornado in Copperas Cove following Sunday's storm and confirmed an EF2 tornado caused the damaged. NWS officials from the Fort Worth field office toured the area for two hours to see the damage. Peak winds were as fast as 115 miles per hour, the NWS said.

The tornado's path stretched about one mile in length, and homes on both sides of it were damaged, the NWS said.

The storm was located at 5:28 p.m. northwest of  Copperas Cove, moving south at 35 mph, the National Weather Service reported. According to Copperas Cove Fire Department deputy fire chief Gary Young, 196 homes were damaged in the storm and no injuries were reported.

"We have been inundated with offers for assistance, donations and other support," Young said. "Right now we do not have any needs for volunteers or any donations. Please feel free to pass along thoughts, prayers and positive words to all who have been involved."

HomeBase Lumber in Copperas Cove reopened Sunday night for people who needed supplies after their homes were damaged. The store located at 804 East Business Loop 190 said it will stay open until all of its customers are helped.

Members of Crestview Christian Church traveled around Colorado Drive and Big Divide Road to help patch up roofs in the area.

"Our grill blew across the patio, and then I heard a window break," one Copperas Cove resident said about the storms. "I went out 10 minutes later to find out the roof was blown off the house."

Another resident also described what he saw when the storm hit.

"All of a sudden, the wind shifted and you could see the rotation," he said. "Gutters got ripped off of my house."

Additionally, other local businesses dropped off food and supplies. However, many temporary repairs still need to be made.

Home Base Lumber manager Robery Siling said there are some things you can do to make sure they are effective.

"Your polysheeting helps cover your windows," he said. "You can put it over any plywood you are putting on your roof right now."

"It sticks a lot better to metal, brick, stuff like that," he said.

This is what the sky looked like in Copperas Cove around the time of the possible tornado.

Those in warning areas were encouraged to take cover.

CORRECTION: An earlier version of this article said the National Weather Service said strong winds, not a tornado, had caused the damage in Copperas Cove. Around 4:30 p.m., the Copperas Cove Fire Department said the NWS told them it was an EF2 tornado.

Download the KCEN Channel 6 app in the App Store or Google Play store for weather updates.

Be sure to like the KCEN 6 Facebook page, so when severe weather starts, you'll get the latest updates as our meteorologist go live and break down what's heading your way.

Other weather stories on KCENTV.com:

How to avoid roofing scams

Be Storm Ready | What to do before, during, after a storm