They've been through this before, but this one may hurt the most because the Boggs feel like they have been wronged. 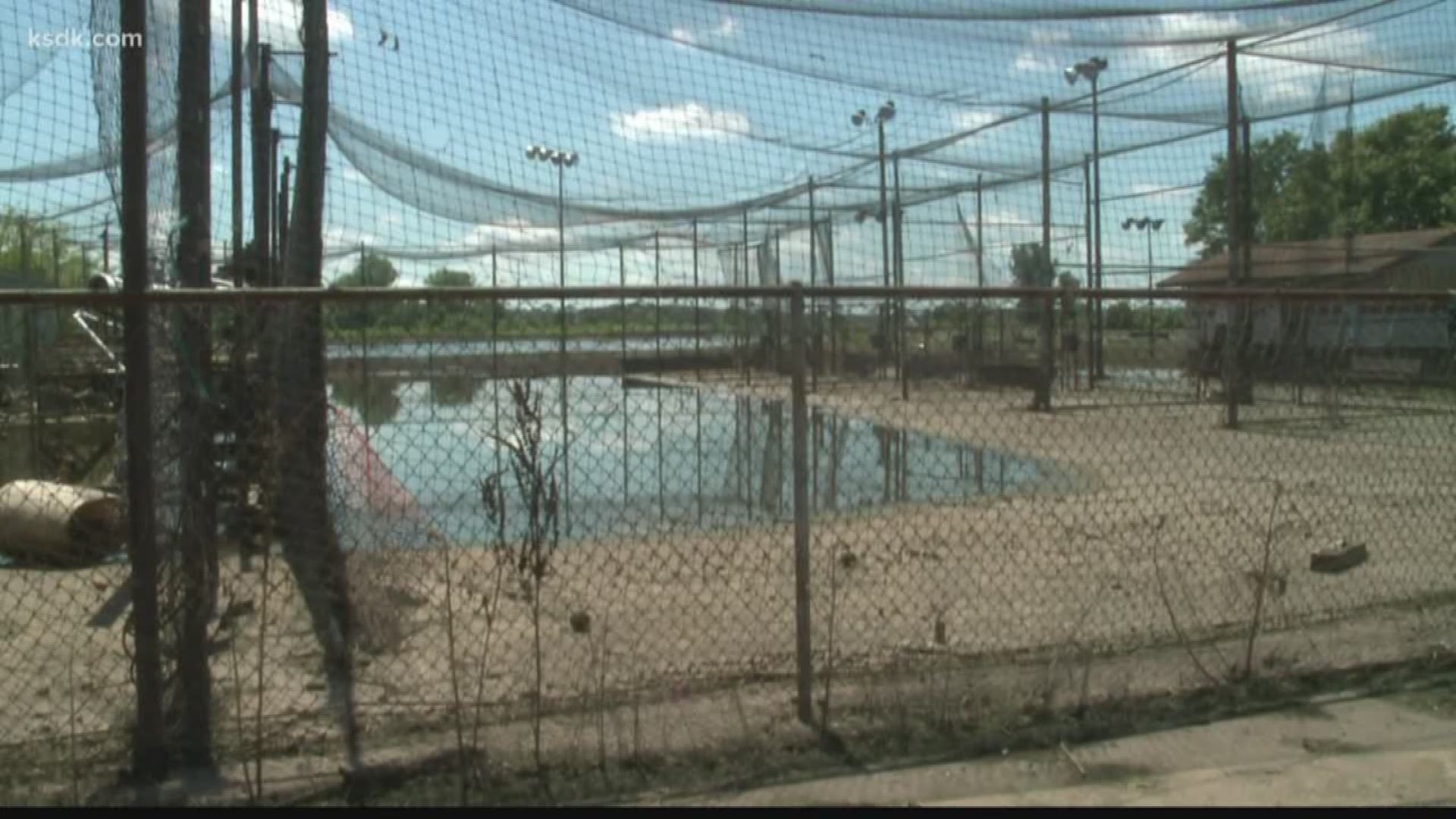 MARYLAND HEIGHTS, Mo. — Carol and Dale Boggs have been married for 41 years. Their baby has been Golfport driving range in Maryland Heights.

“It’s my life. It’s our life. We’ve spent 40 years down here,” Carol said through tears. “And it’s at the point right now I think it’s all gonna go away.”

Flooding closed the business on June 1. The pro shop has been destroyed. Masks must be worn inside because of the black mold.

Golfport once had a thriving business with classic batting cages. All nine motors are now shot.

Their short-game courses’ greens are finished.

And the range itself where hundreds of people would come out in the spring and summer to work on their game has been obliterated.

Credit: 5 On Your Side

When asked what this range means to them, Dale said, “Mine and Carol’s lives.”

“We’ve spent every day here together,” he said frustrated and holding back tears to 5 On Your Side’s Frank Cusumano. “It’s gonna go away and the worst part about it, Frank, is that if it goes away, we’ve got nothing.”

The Boggs have been through this before: three times in 42 months and six times overall. They once had to take a boat to get to the pro shop.

But this one may hurt the most because the Boggs feel like they have been wronged. They place the blame on the Howard Bend Levee District. Officials with the district did not return 5 On Your Side’s phone calls.

The Boggs feel the levee district was only focused on protecting Highway 141, so they built the rock berm to hold back the water, and that water ended up flooding the building at Golfport.

“After ’15 and ’17 you’d think they’d have done something about it, and they haven’t done a thing about it. And now, this is the worst one, and it’s totally destroyed the inside of our building,” Carol said.

The Boggs claim they have paid the Howard Bend Levee District $458,000 in levee taxes since 2007. And they feel they have received very little for that investment.

“They have not addressed one bit of what to do with the interior water here, other than have all these studies that they’ve paid for, very expensive studies to have them draw up how it should be taken care of,” Dale said.

“The prime months of our season are over, yet the levee district is gonna expect their levee taxes to be paid by Dec. 31,” Carol added.

Dale and Carol Boggs, their business and their passion, in peril.

“Forty-plus years down here of my life is going down the drain,” Dale said.