The water is starting to recede, and already the community is pulling together to clean up and get businesses back open. 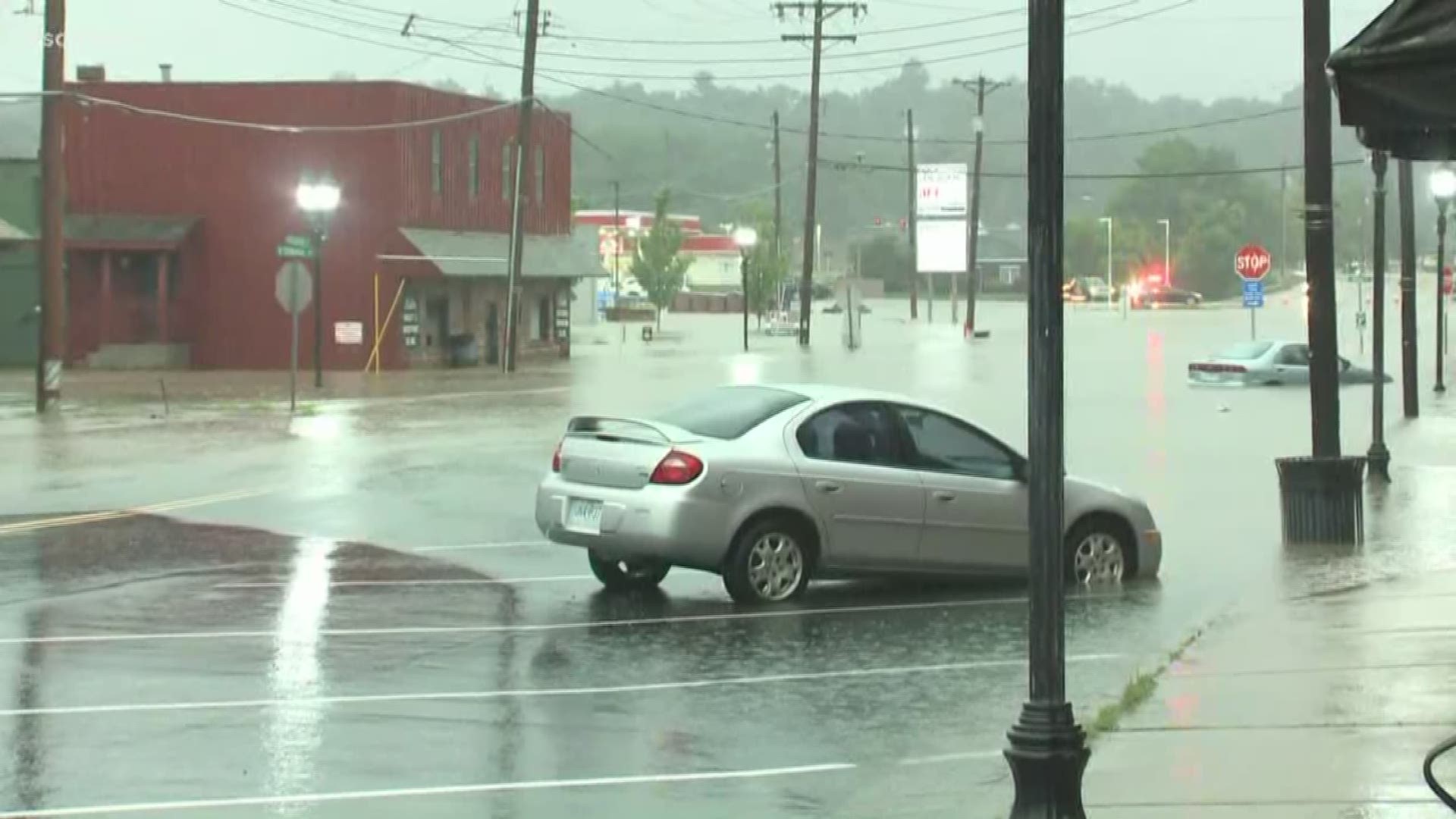 The view from 5 On Your Side's Rhyan Henson showed at two cars in deep water. At one point, the standing water was almost up to the bottom of the window of one of the cars.

The Eureka fire chief said emergency crews ended up rescuing people from three vehicles after they drove into high water. Emergency crews are blocking streets to make sure drivers stay safe and don't try to pass through flooded areas.

Flash flooding affected parts of Frisco Avenue and Main Street, but Central Avenue was hit the hardest. The fast-rising water has flooded several businesses along the popular stretch of road. According to the Eureka Missouri Community Facebook page, the businesses affected by flash flooding include Joe Boccardi's, La Finca Coffee and O'Dell's Irish Pub & Ale House.

Firefighters are out in the community checking on business owners and residents and helping those affected by the flash floods dry out and fight back the water.

A business owner told Rhyan Henson that flooding isn't unusual in the area, but they were caught off guard this time. That isn't stopping them from getting right to work to get their businesses back open. One local small business owner told 5 On Your Side the Eureka community never fails to pull together to help each other out.

The City of Eureka posted on Facebook asking for help from volunteers to clean and sanitize the areas that were affected by flash floods Monday morning. Volunteers are asked to head downtown and bring gloves and buckets.

Anyone who experienced flooding and needs help should call the police department's non-emergency line at 636-938-6600.

Eureka and most of the metro area was under a flash flood warning until 10 a.m. Monday.

5 On Your Side weather app
iPhone | Google Play

5 On Your Side news app
iPhone | Google Play