Our next front moves through Sunday without much rainfall, but a stronger system next week could bring heavy rain for Thanksgiving. 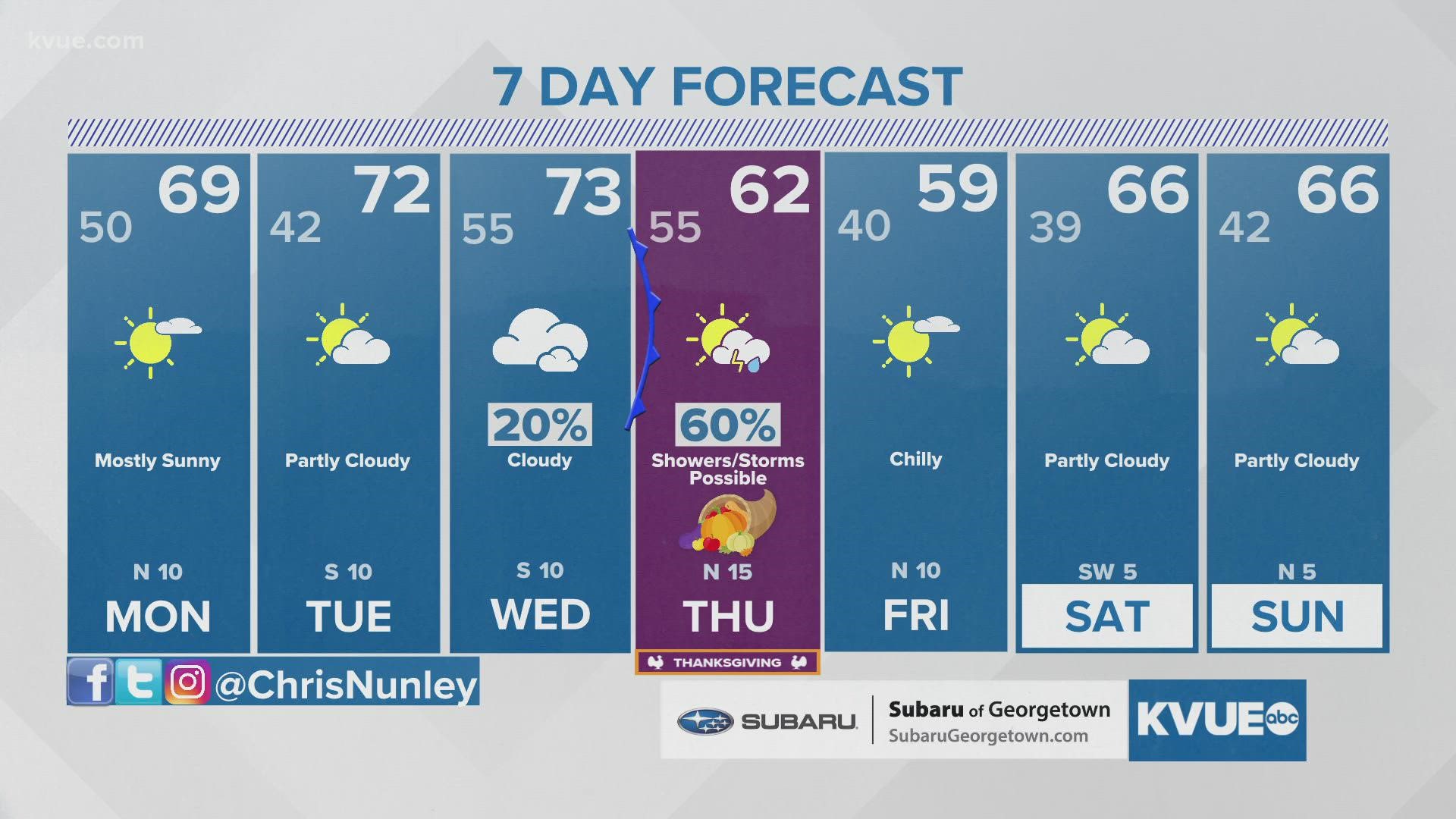 AUSTIN, Texas — We're now tracking two cold fronts over the next seven days. The first front will move through on Sunday without much rainfall. Sunday will feature a mostly cloudy sky and a few spotty showers, but the rain chance is only around 20%.

A southerly wind through the morning will switch to a gustier northerly wind by afternoon behind the front. Highs will reach the mid to upper 70s.

Behind this first front, early next week will be quiet and cool. Both Monday and Tuesday will be dry with cool mornings and pleasant afternoons. No local travel issues are expected Monday through Wednesday.

However, a stronger cold front is now expected to move through Wednesday night into Thanksgiving morning with fairly widespread rain and storms. This means messy weather for anybody traveling on Thanksgiving, especially early in the day.

By afternoon and evening though, drier and colder weather should be moving in behind the front. We're now expecting mornings in the 30s and 40s with afternoons in the 60s for Friday and Saturday.

Rainfall totals between a half-inch and 2 inches will be possible over the next seven days for much of Central Texas. 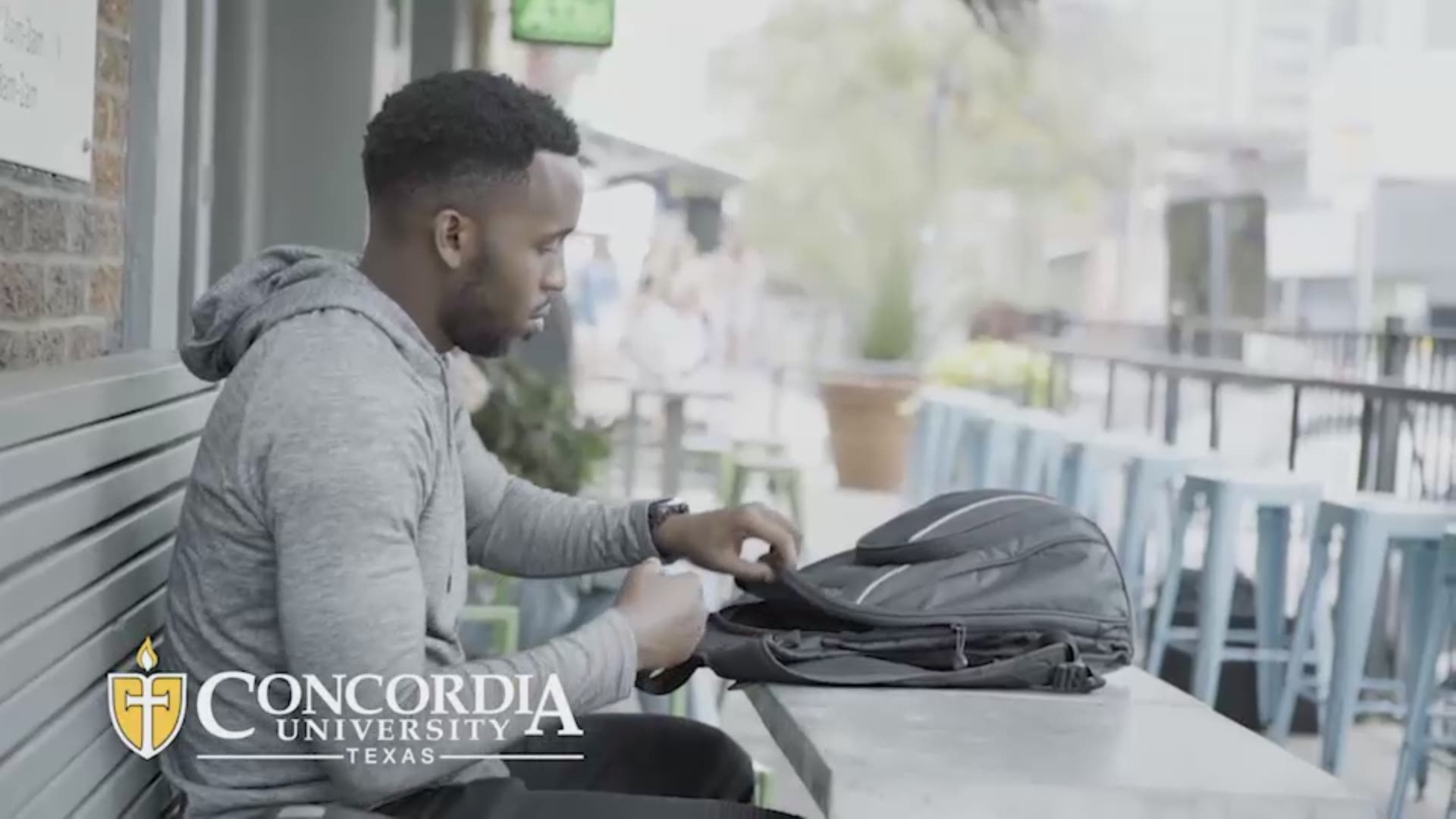