September 23 is the first day of fall – even though it may not feel like it in Central Texas. 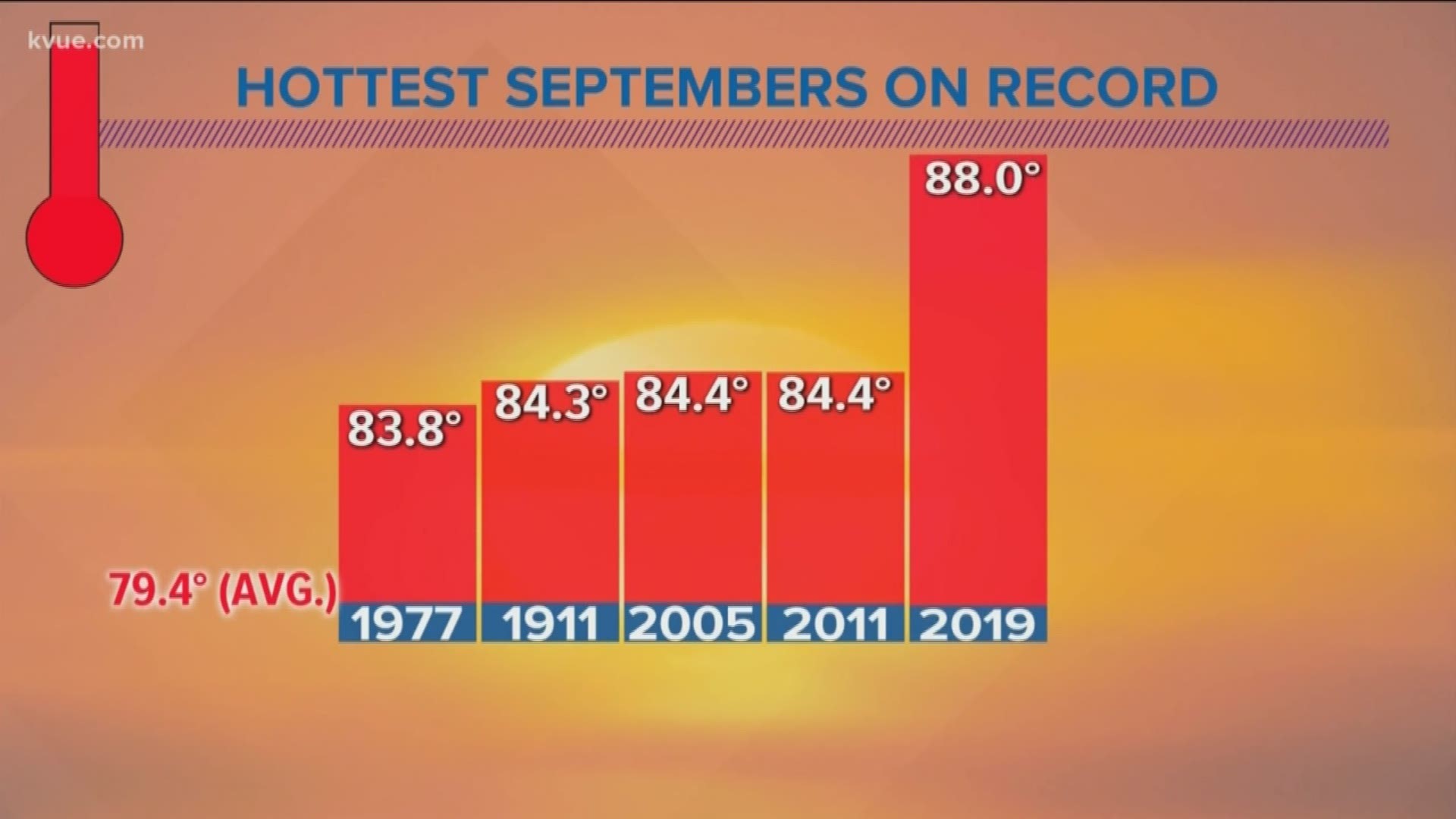 Sept. 23 is the first day of fall, bringing with it visions of cozy blankets, warm drinks and beautiful fallen leaves. But in Central Texas, it still feels like summer.

It's been an unseasonably hot September, and Monday was no different. In fact, we're on pace to have the hottest September on record by far and this first day of fall, our high was 100 degrees – 12 degrees above average for the day.

Ten years ago on the first day of fall, the high temperature was a cool 66 degrees. And just last year, the high was a relatively mild 79.

On top of that, we've already had nine record-high temperatures this month and 18 100-degree days.

And as much as you may be anticipating "sweater weather," don't count on cooler daytime temperatures anytime soon. Our daily highs in the 70s typically don't start until around late October.

And our first freeze? That typically arrives at the end of November or even early December.