Bastrop, Caldwell, Fayette, Lee and Milam counties are included in a Tornado Watch until 10 p.m. Wednesday. Bastrop and Lee Counties were under a Warning until 5:15 p.m. 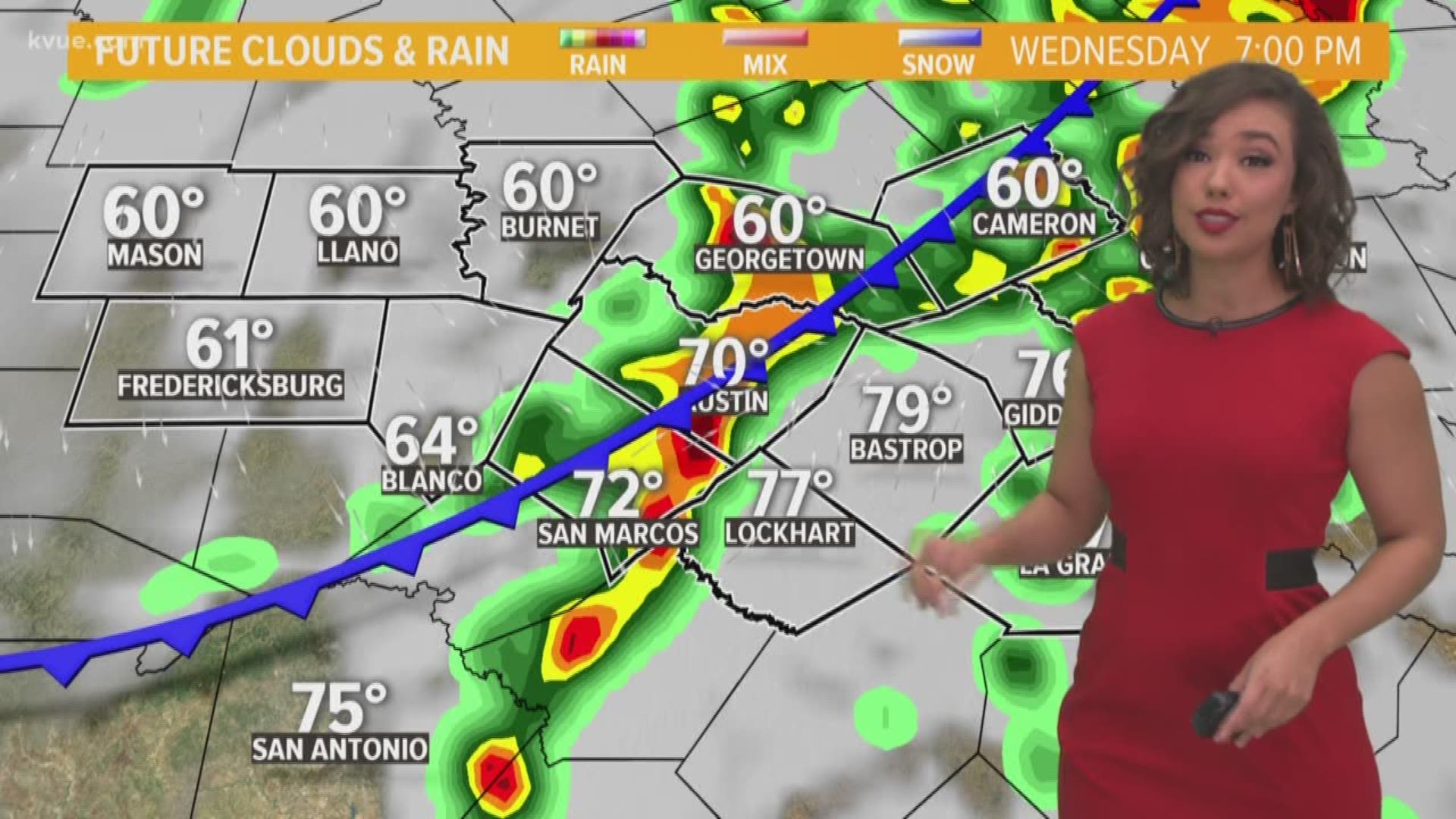 A Tornado Warning is in effect for Bastrop and Lee County until 5:15 p.m. A severe thunderstorm capable of producing a tornado was located over Paige, according to the National Weather Service.

A front will move through Austin early this evening, pushing in a cooler air mass and scattered showers.

Rain chances will shift to the east of the metro after 7 p.m. Storms east of Austin could be strong or severe.

Clearing skies will follow right behind the cold front by early Thursday morning with below average temperatures. Highs will only be in the 60s on Thursday with sunny skies. This upcoming weekend is looking spectacular with highs in the 70s. A spotty shower is possible Sunday, but mainly dry conditions are expected overall.