Drought conditions become severe for the area despite the changing season. 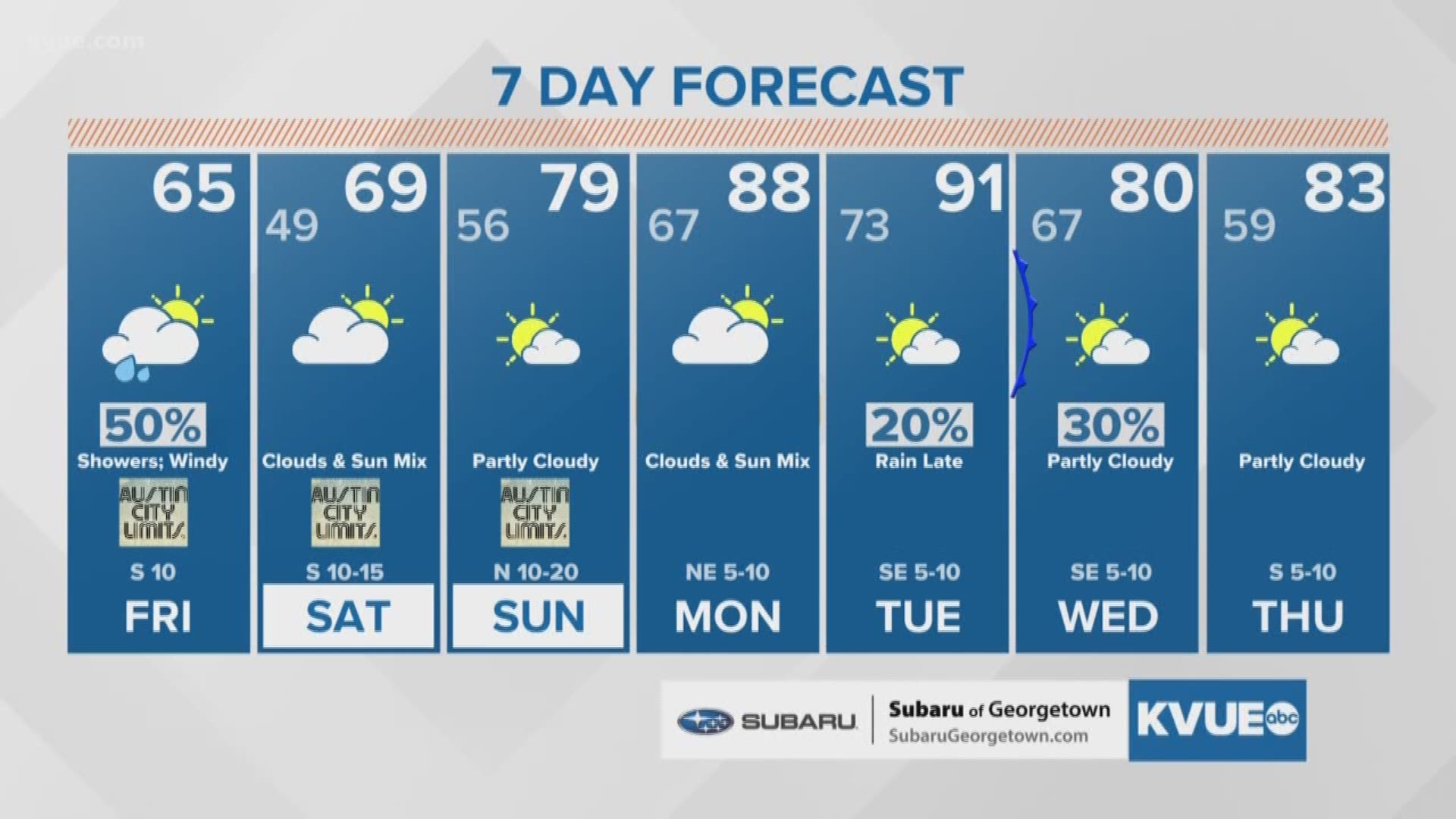 AUSTIN, Texas — It is no surprise to Austin residents that summer not only brings endless days of bright sunshine, but often unbearably hot temperatures and rainfall for a little more than a drop in the bucket.

Though some of those quintessential garden variety type pop-up showers are possible in the south during the peak summer months, Central Texas has had it a little harder this summer to rake in a little more than a couple of days of showers and thunderstorms.

Currently, our drought conditions have worsened from the severe category to the extreme category. Areas shaded in red are now at a Category 4. What this means is these areas are not only impacted by lack of water, but also it makes vegetation harder to sustain and could in fact increase our flooding threats in the event that significant rainfall does fall.

Let's look back at the month of September. There were only two days of accumulating rainfall. The total for the month was 0.64 inches with places the entire month's deficit at 2.35 inches.

Although we accumulated a bit more rainfall in August, the total of 1.51 inches still had a deficit of 0.84 inches.