The aftermath of the storms left damage in several areas. 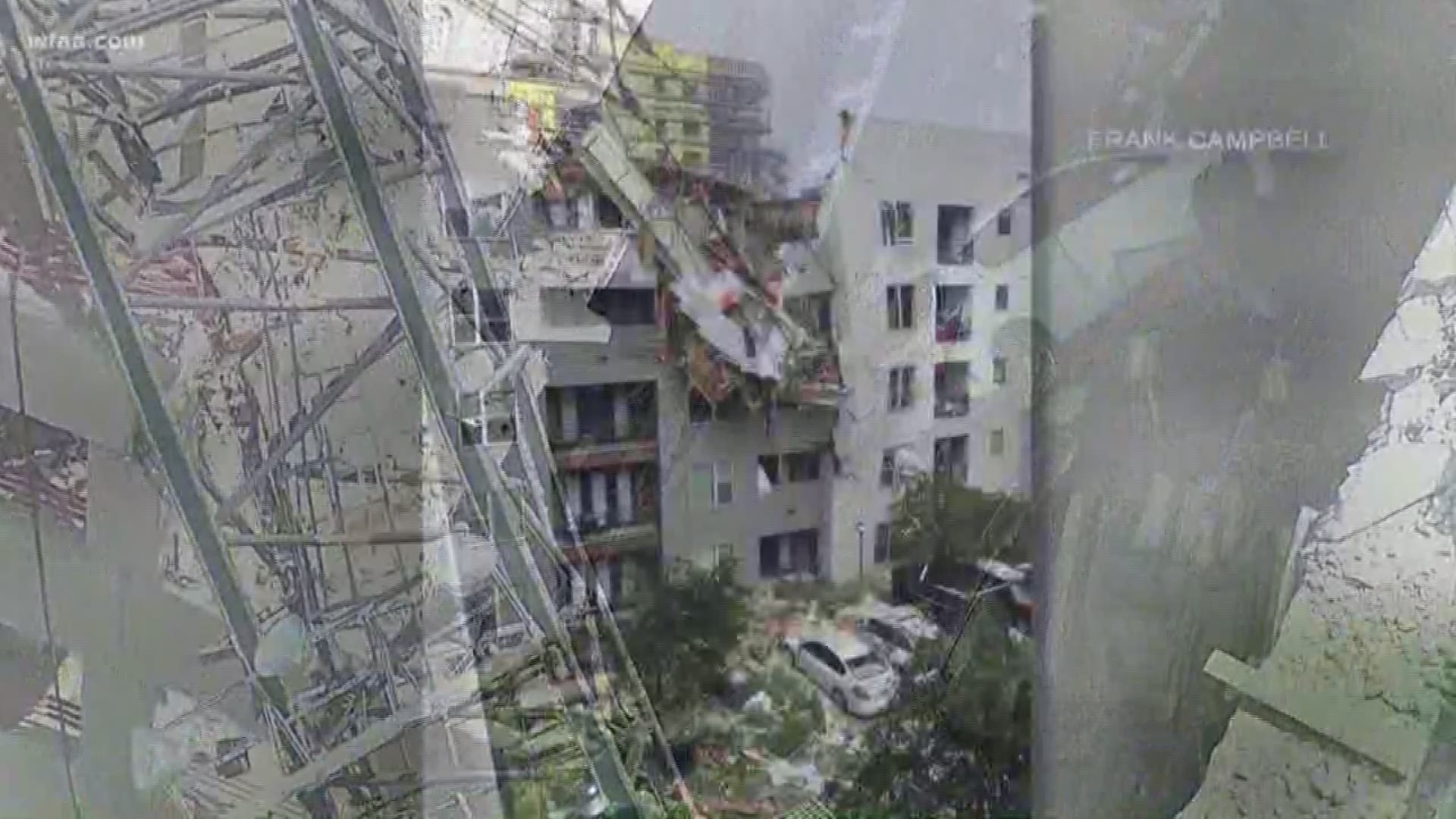 The winds were so bad that they knocked down billboards, took down trees, caused a crane to collapse downtown and even ripped the roof off of a hangar door at Dallas Love Field this afternoon.

Around 1:57 p.m., Dallas Fire-Rescue responded to a 911 call for an "Industrial Accident" after a crane collapsed onto the Elan City Lights building at 2627 Live Oak Street downtown, officials said. One person is dead and seven others have been taken to area hospitals. 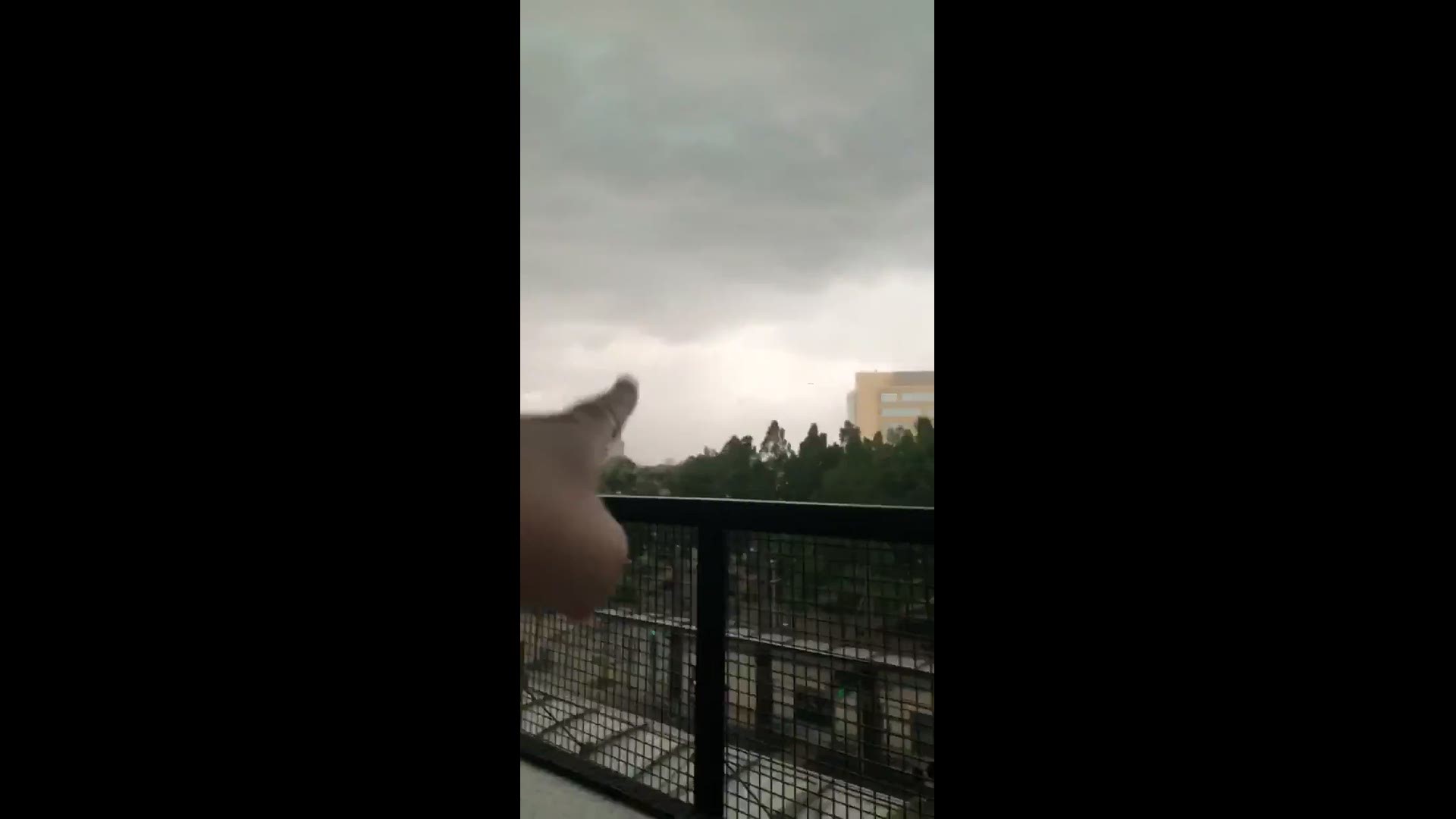 Two other rescues have taken patients to the hospital. No other information is available.

Part of a roof and a section of a hangar door were peeled off a Southwest Airlines maintenance hangar at Dallas Love Field this afternoon around 1:30, WFAA's Jason Whitely reports.

Mechanics were working on 737s when the severe thunderstorm moved over the airport, bringing strong winds and peeling off the roof and damaging the door.

Credit: Southwest Airlines
Part of a roof and a section of a hangar door were peeled off a Southwest Airlines maintenance hangar at Dallas Love Field this afternoon. It happened about 1:30p at the airline’s headquarters.

Mechanics sought cover in another part of the building, fleeing from the hangar.

No one got hurt.

Mechanics have not been able to inspect the aircraft to see if any were damaged in the storm.

We will have the latest numbers on storm damage and flight delays as we get them.

RELATED: DFW weather: When will your power come back on?

Check back for more detailed numbers.

Download our free WFAA app to stay up-to-date on all news stories in the Dallas-Fort Worth area, including weather.

Photos/videos from around the metroplex

We want to remind our viewers to stay safe and take shelter if you need to. Your safety is always the No. 1 priority. But if you feel so inclined, send us what the weather looks like in your neck of the woods, either on Facebook, through Twitter @wfaa using #wfaaweather, or by emailing news8@wfaa.com. 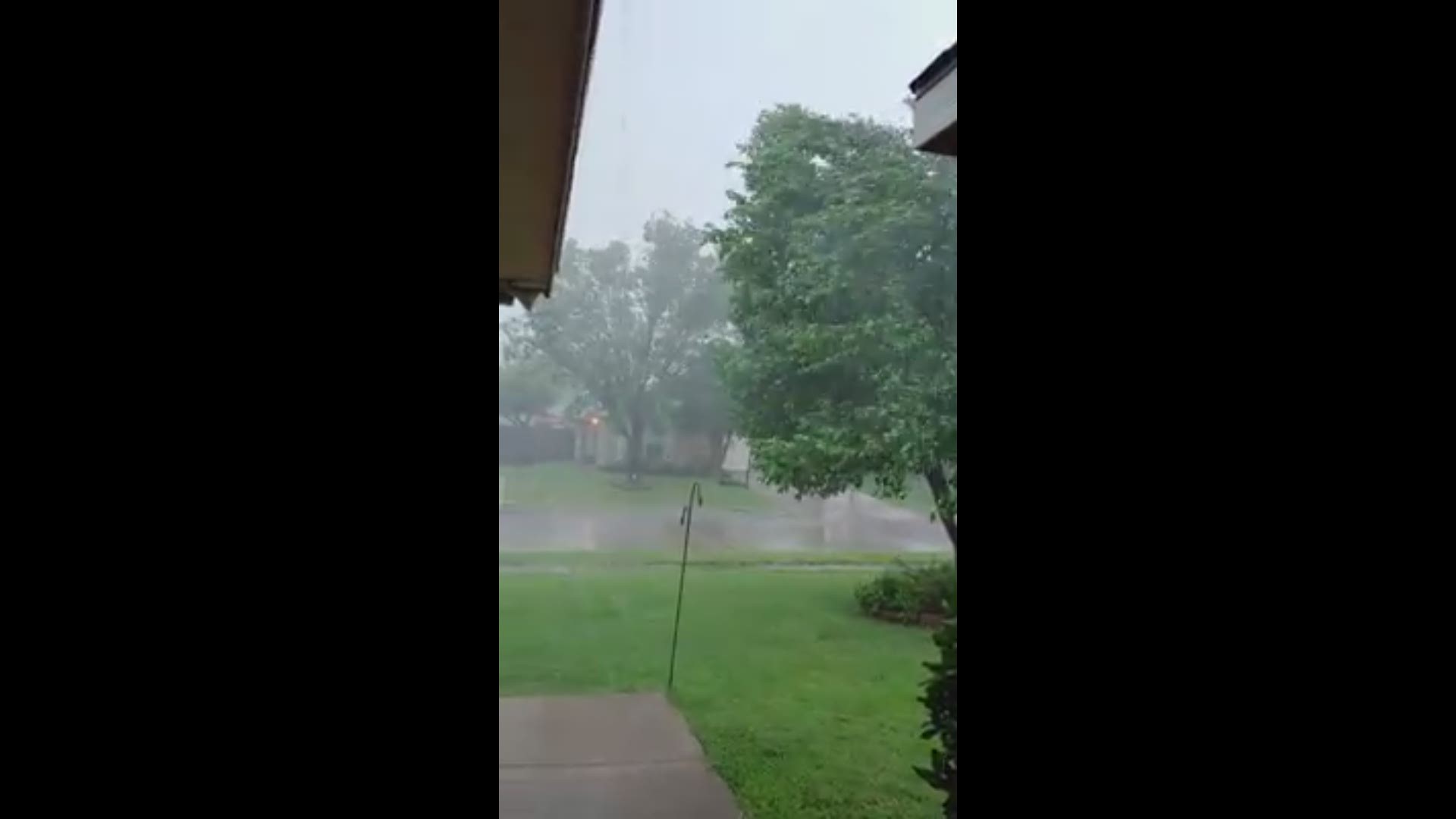