Although drought conditions are considered severe, we are heading in the right direction. 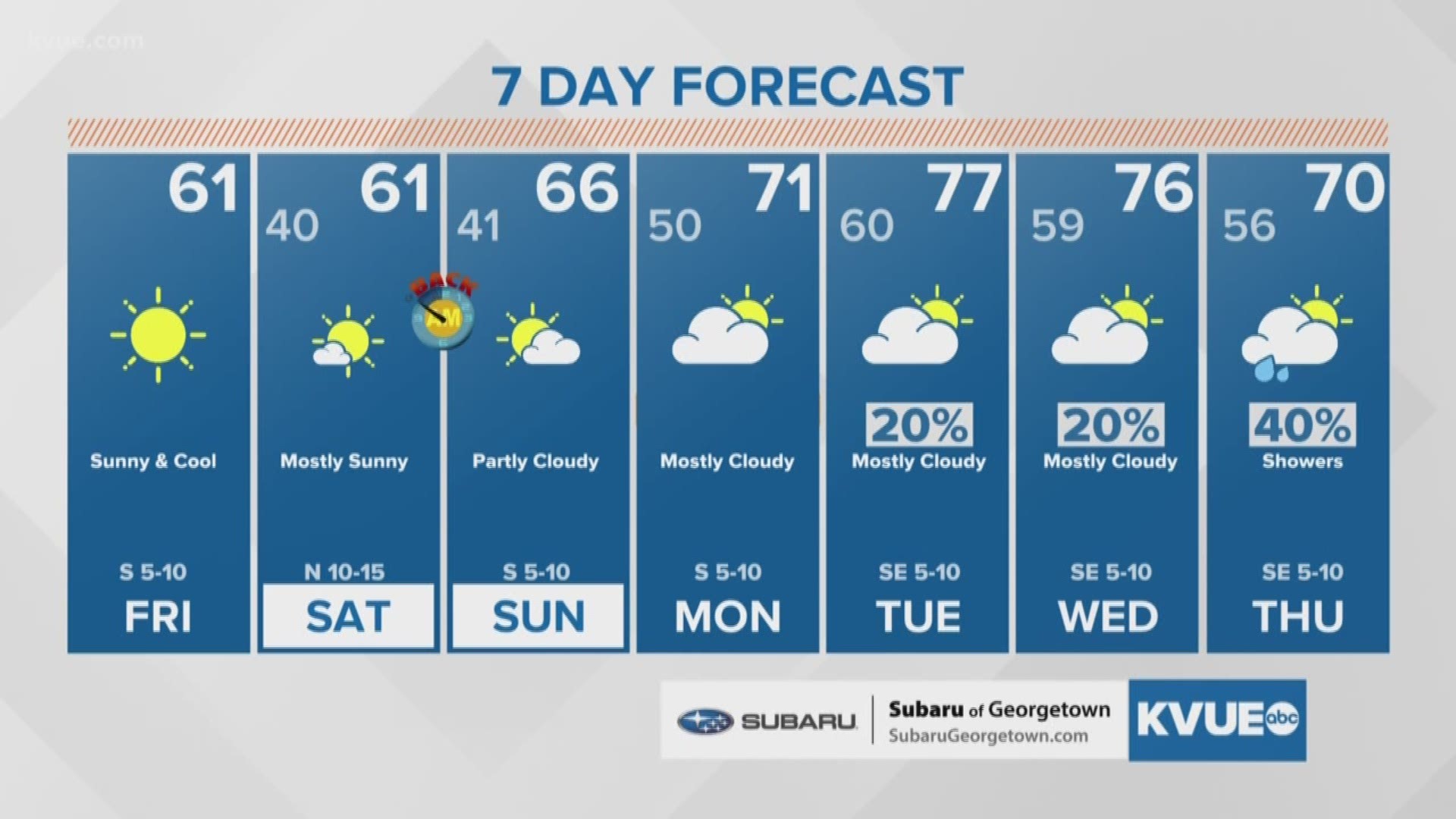 The latest drought monitor has most of Central Texas out of the Extreme Drought Category (4 out of 5). While it is an improvement, the drought is ongoing. Travis, Williamson and most of Hays Counties are still under a "severe drought," or a 3 out of 5 on the scale.

What this means is that these areas are still trying to recover from the dry summer. Vegetation is still difficult to sustain and could increase our flooding threats in the event that significant rainfall does fall.

With dry vegetation and dry air in a place that we normally see during this time of the year, burn bans are also common.

September was very dry with a total rainfall amount of 0.64 inches recorded at Camp Mabry. October was much better with 4.19 inches of rainfall. While October surpassed the average amount of rainfall for the month, it was not enough to overcome September's 2.35-inch rainfall deficit.

Rain chances are slim this weekend, but look to improve by the end of next week.