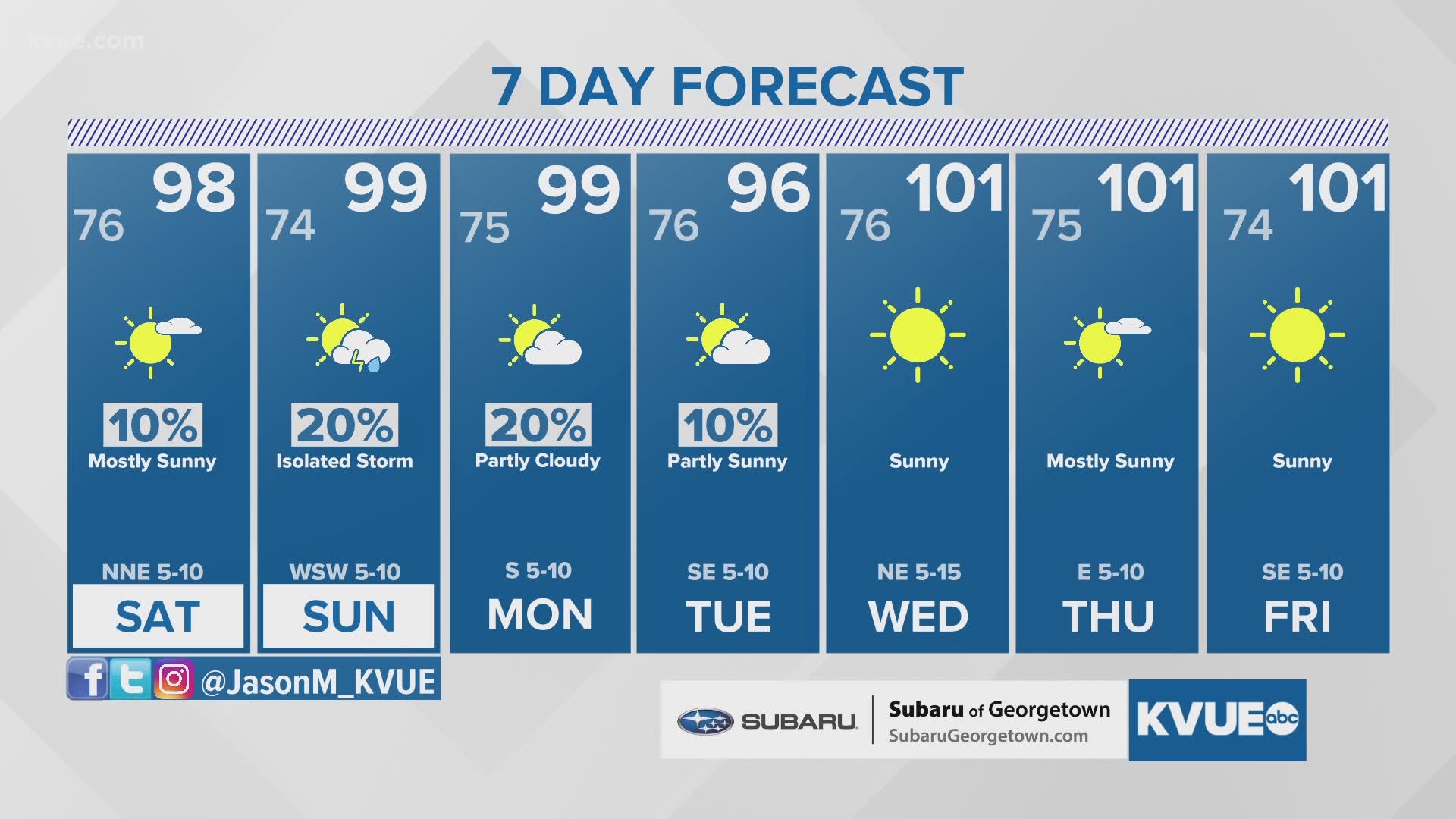 AUSTIN, Texas — A trough of low pressure in the upper levels if our atmosphere will be digging through the heart of the country this weekend and strong enough to bring a northerly flow pattern over the Southern Plains.

This front will be weak and does not have the cold air behind it to support any significant cool down.

We will see a break from triple-digits though! Highs will top out in the mid-to-upper-90s this weekend, which means this front will drop temperatures down back to average for this time of the year.

As for Friday at 5:13PM, a new daily rainfall record was broken at Austin-Bergstrom International Airport with a recorded 0.35" eclipsing the old record of 0.34".

The Storm Prediction Center has portions of the KVUE viewing area under "marginal" risk or low end severe threat. Late Saturday, this front will likely stall in south central Texas before it washes out Sunday.

Computer models are showing the possibility of another wind shift early next week, but at this time, we are not confident in the forecast quite just yet. Make sure to stay with the KVUE Storm Team for the latest updates on the forecast.