Sweater weather is back in Central Texas

The mornings will be cool and crisp while afternoons will be warm and sunny. 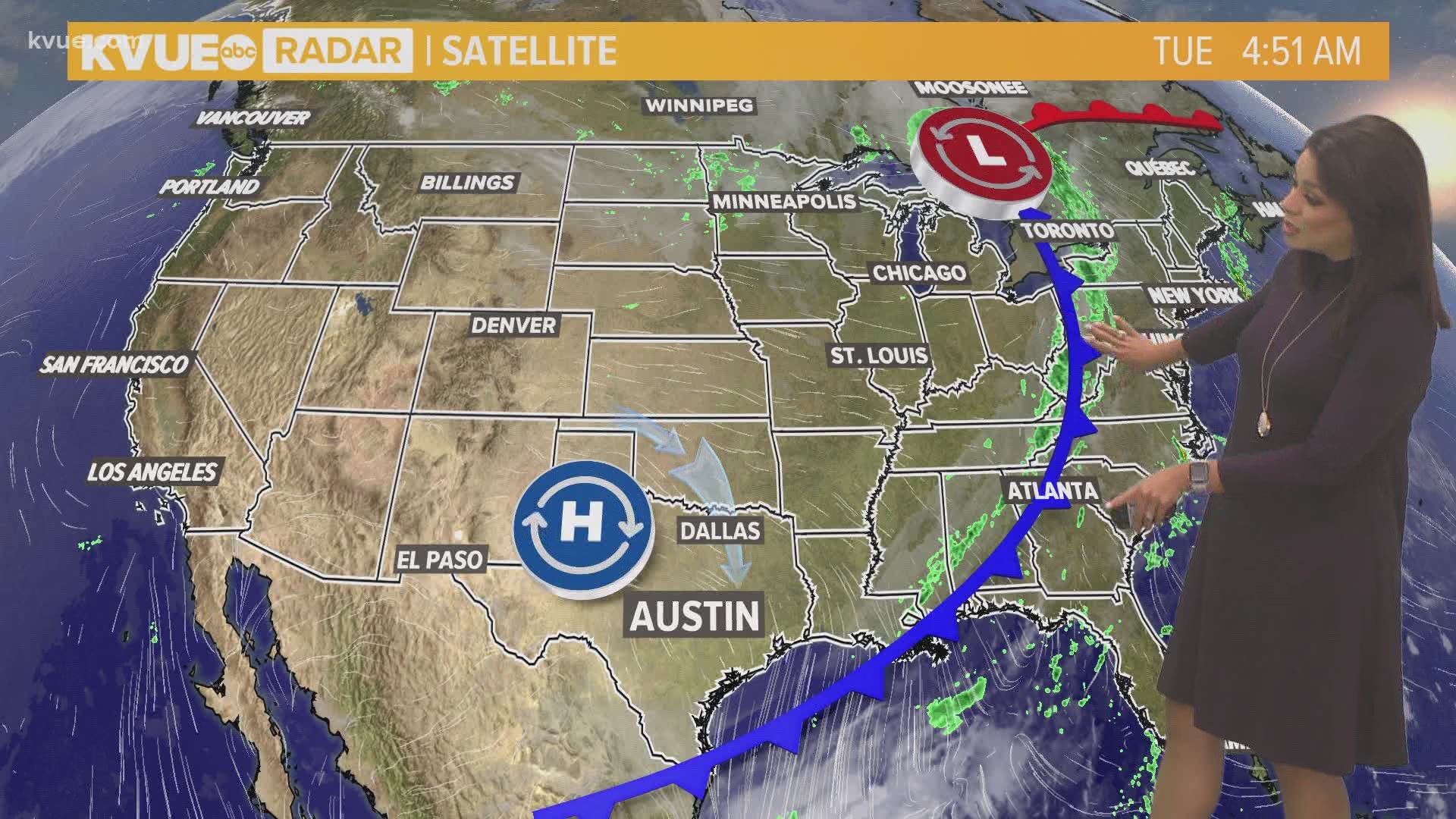 AUSTIN, Texas — Sweater weather has returned to Central Texas! After a very warm weekend with highs in the 90s and abundant sunshine, the latter is the only thing that will continue into the week.

As of Tuesday morning, low temperatures have made it to the 50s. The coolest spots across the Hill Country are into the 40s!

This means temperatures are be running 10-plus degrees cooler than the average for this time of the year.

Highs for Tuesday will trend a bit warmer, but it will still feel very much like fall with temps in the 70s and low 80s. Any cloud cover will be long gone, so Tuesday afternoon will be sunny with a fall feel in the air.

Another round of 50s is expected Wednesday morning, and again some 40s will be possible for the Hill Country. The current forecast calls for a low of 53 degrees in Austin Wednesday morning.

Temperatures will begin to moderate again by mid-week with highs back in the mid to upper 80s for Wednesday and Thursday. Then a second cold front will likely move through late Thursday with a reinforcing blast of cool air.

This front is not expected to be as strong as the first front to begin the week, but it will still knock down temperatures by several degrees for Friday.

Because the air over Central Texas will still be very dry from the first frontal passage, the second front should be completely dry as it moves through.

For the latest weather and alerts sent straight to your phone, be sure to download the KVUE app.