Visibilities are expected to be below a quarter of a mile for several locations for the Tuesday morning commute. 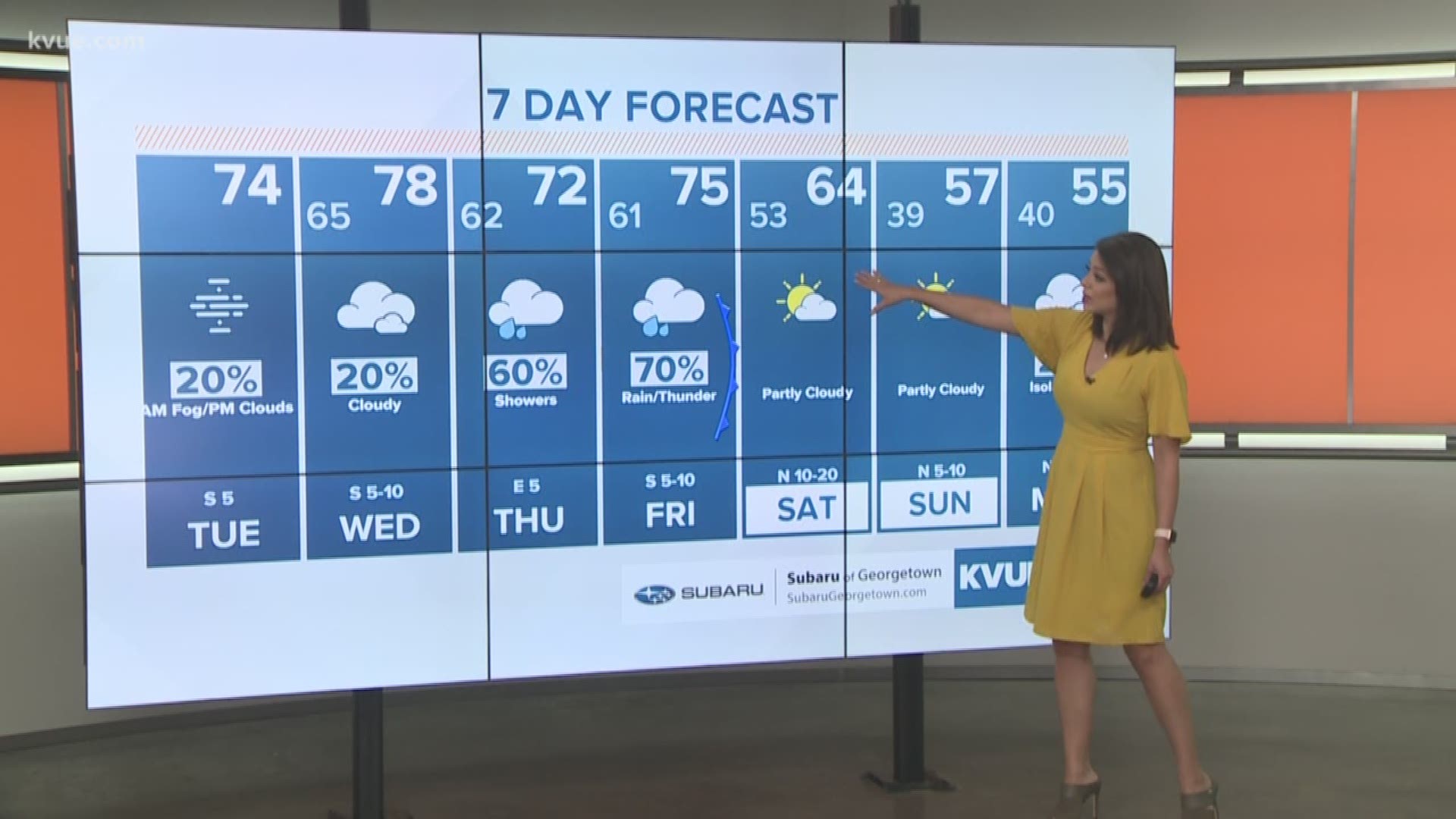 A Dense Fog Advisory is in effect for the KVUE viewing area until 10 a.m. Tuesday. The advisory extends to Dallas, Houston and San Antonio.

Visibility is expected to be below a quarter of a mile for several locations overnight and for the Tuesday morning commute.

Forecast: Cloudy with drizzle through Wednesday, showers to end the week

The fog is expected to lift area-wide by the early afternoon on Tuesday, but we expect additional rounds of fog for the next few nights.

If you have to drive in fog, remember to reduce your speed and drive with low beams and fog lights. Increasing your distance from other cars will increase your response time in case surrounding cars break quickly. Beware of animals! Animals tend to come out in fog because they feel more camouflaged.

Here's a look at the extended forecast: