Cedar season continuing through another week

Cedar pollen is expected to remain high for the first half of the week. 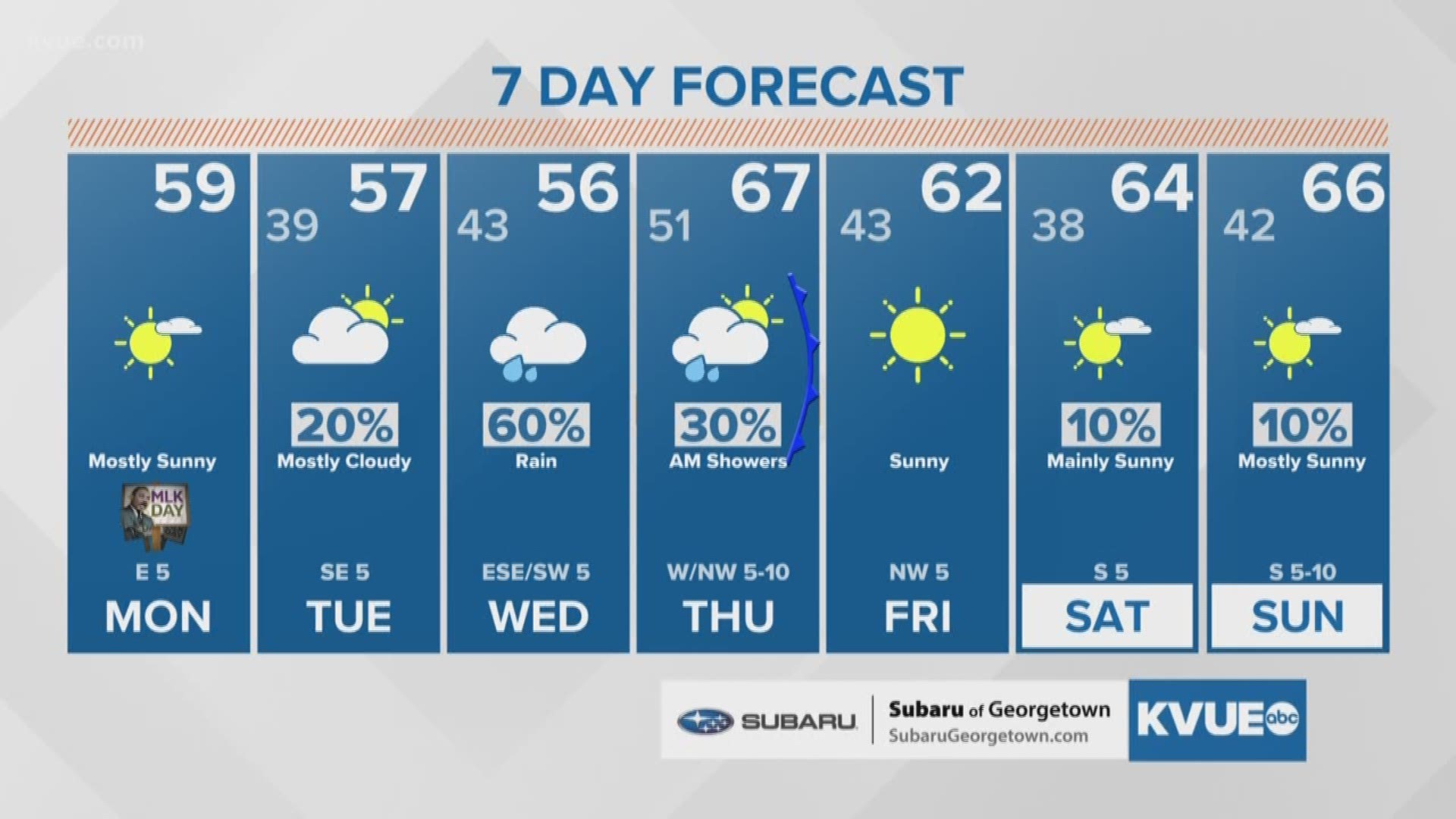 AUSTIN, Texas — Public enemy No. 1 for Central Texas during the winter season continues to be mountain cedar.

Here's a look at the latest count taken by the KVUE Storm Team at our North Austin studios:

VERIFY: Does whether a tree is male or female affect how much pollen it gives off?

This week, we expect the cedar count to remain elevated in the high count (more than 500 grains per cubic meter) for the first half of the week – but it won't be as extreme as the first two weeks of January.

Lighter winds, increasing moisture and rain chances will allow for the cedar pollen to not be as high toward the end of the workweek.

Cedar season typically starts in early December and lasts through mid-February. The peek of the cedar season is usually during the first two weeks of January, so it's possible that the worst of cedar season is behind us.

KVUE spoke with an allergist to find out how Central Texans can get some relief from the cedar fever.

KVUE is the only station in the region that takes its own allergy counts seven days each week from our North Austin studios. We track the latest pollen counts and forecasts every day.

WATCH: VERIFY: Does the sex of a tree make a difference in how much pollen it gives off?