Potential rain on Friday could change the burn ban. 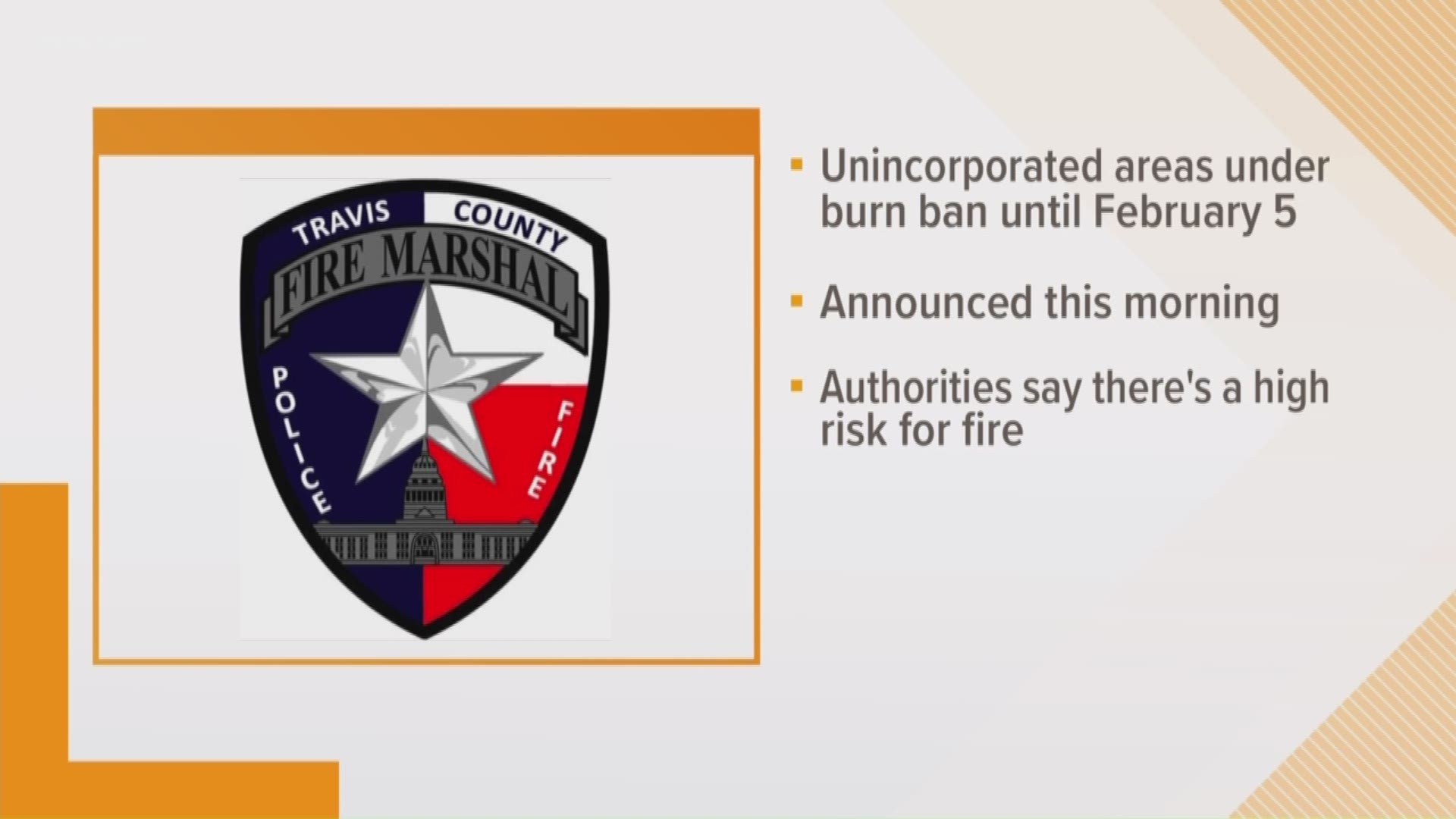 AUSTIN, Texas — The first burn ban of the year was issued for Travis County, but thanks to recent rain, it is expected to be lifted sooner than expected.

The Travis County Commissioners Court voted Tuesday, Jan. 7, to issue the burn ban, which is set to be lifted on Jan. 15.

The burn ban was originally set to expire on Feb. 5, but Travis County Fire Marshal Tony Callaway said that the recent rain in the Austin area led to a "significant improvement in conditions." The Austin area is also expected to receive more rain over the next several days, the county said.

The burn ban was issued in an abundance of caution.

“Because conditions have continued to worsen over the last week, there is an increase risk in fire potential,” said Callaway in a statement when the ban was first announced. “While we could potentially receive significant rainfall this Friday, there is no guarantee at this time, and a burn ban is necessary to ensure public safety.”

Prescribed burns and outdoor welding, cutting and grinding may presume as long as they are done in accordance with the guidelines outlined by the Travis County Fire Marshal's Office.

Campfires are not allowed in Travis County parks, but barbecuing in parks are allowed during the burn ban. Remember to have water nearby in case of a fire. Call 911 if a fire gets out of control.

VIDEO: It's been 8 years since the Bastrop State Park fire