The Austin Fire Department also warned about fires started around fireplaces and CO poisoning from charcoal. 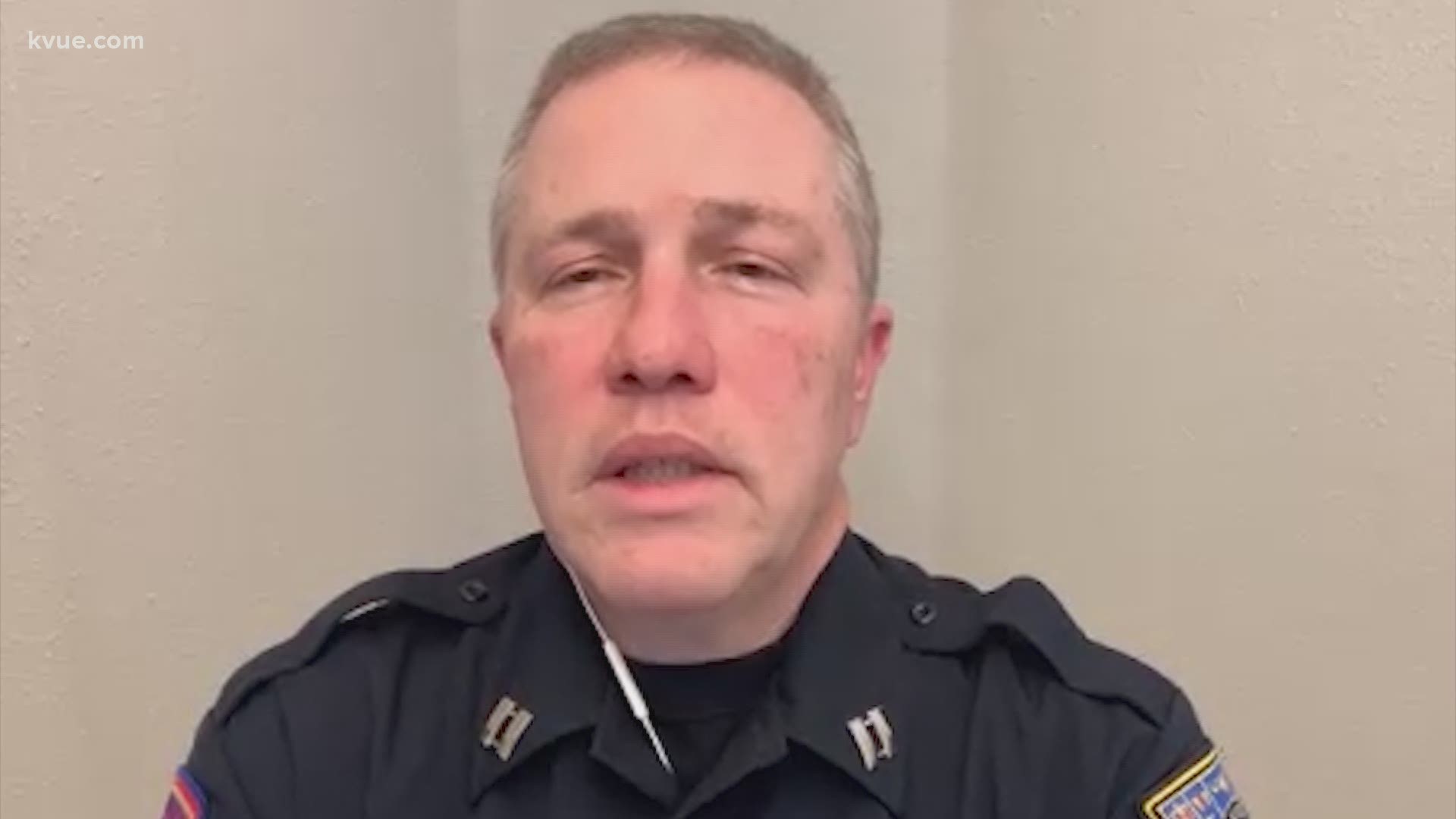 AUSTIN, Texas — Austin-Travis County EMS is asking the public to be wary amid dangerous weather conditions as the area awoke to single-digit temperatures and inches of ice and snow Monday morning.

"Falls on hard, ice-covered surfaces can be serious and even deadly," ATCEMS said Sunday. "Our responders are having extreme difficulties responding safely or even at all due to the current road conditions. PLEASE stay off icy areas!"

ATCEMS said it had responded to 850 more calls on Monday, from midnight to 3:45 p.m. p.m. Officials told KVUE the highest call volumes for Monday were for exposure and fall categories.

"With frigid temperatures, hypothermia and frostbite is a real possibility here – careful with the kids too … stresses for safety for today moving forward into today," ATCEMS said.

Medics also gave an update on Sunday's totals, which are listed below:

AFD has responded to 3 working structure fires today that were all related to fires that originated around the fireplace. Picture is from 6607 Brodie Lane. 20 apartments displaced. Unknown total pic.twitter.com/9UDuGCizjz

AFD also responded to three working structure fires on Tuesday that were all related to fires starting around the fireplace. A fire at 6607 Brodie Lane displaced 20 apartments.

AFD and ATCEMS said they responded to four toxic exposure calls where residents were using charcoal in the home to stay warm, which is extremely dangerous and can quickly lead to death from carbon monoxide poisoning.

ATCEMS suggests anyone with a respiratory to stay indoors, as the cold air can be dangerous.

HAPPENING NOW! 17 out of our 38 current calls are for falls.

Falls on hard ice covered surfaces can be serious and even deadly!

Our responders are having extreme difficulties responding safely or even at all due to the current road conditions.

How long do rolling blackouts last? Why is the power still out? ERCOT update