Cold Monday morning for Central Texas; wind chills could drop to the 20s

The Wind Advisory will be allowed to expire at midnight, but there will still be enough wind Monday morning to add a chill to the air! 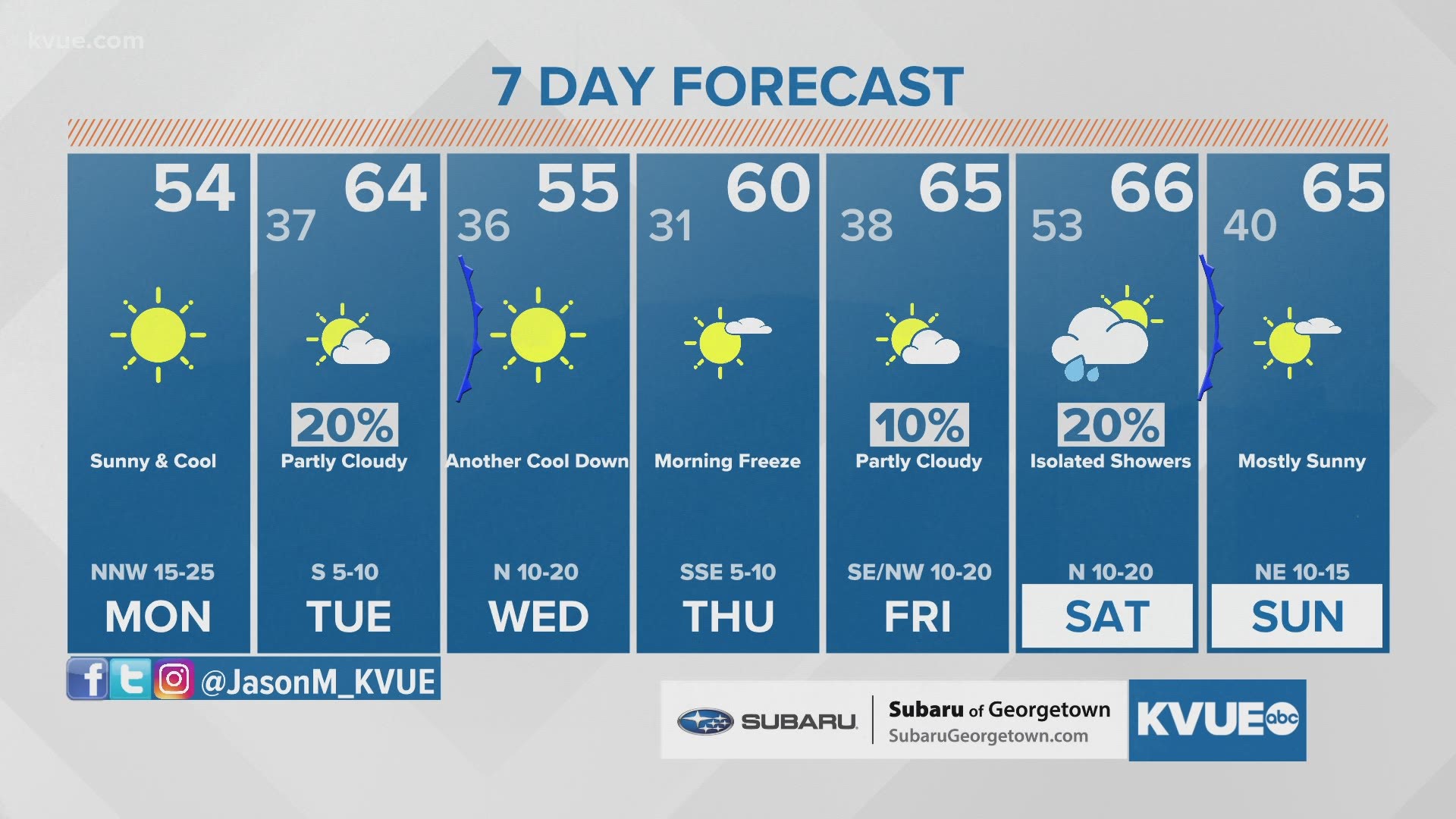 AUSTIN, Texas — Although wind speeds will weaken throughout the morning, there will still be enough wind Monday morning to drop the feels-like temperatures below freezing. Expect widespread feels like values in the 20s to low 30s as you head out the door early Monday morning.

After the frigid morning, the afternoon will be sunny and chilly with highs in the low to mid-50s.

Our next system will quickly move in by Tuesday, dragging yet another cold front through Central Texas. Rain chances with this next system look very limited, but some cloud cover and maybe a stray shower cannot be ruled out Tuesday, especially during the morning hours.

Behind this second front, we get another cool down for mid-week. Highs on Wednesday will again stay in the low to mid-50s.

Thursday morning is expected to be the coldest of the week with a widespread freeze possible, including the Austin metro. The current forecast calls for a low of 31 degrees Thursday morning in Austin, and a hard freeze will be possible across the Hill Country.

A weak front will head our way by next weekend, so there may be a small rain chance on Saturday but, at this point, it's not looking promising. Temperatures by next weekend will also return to the 60s for afternoon highs.

The KVUE Storm Team will continue to monitor this developing forecast. The extended forecast can be found below: