Following the storm, the forecast for Saturday and Sunday are expected to be breezy, dry and cool. 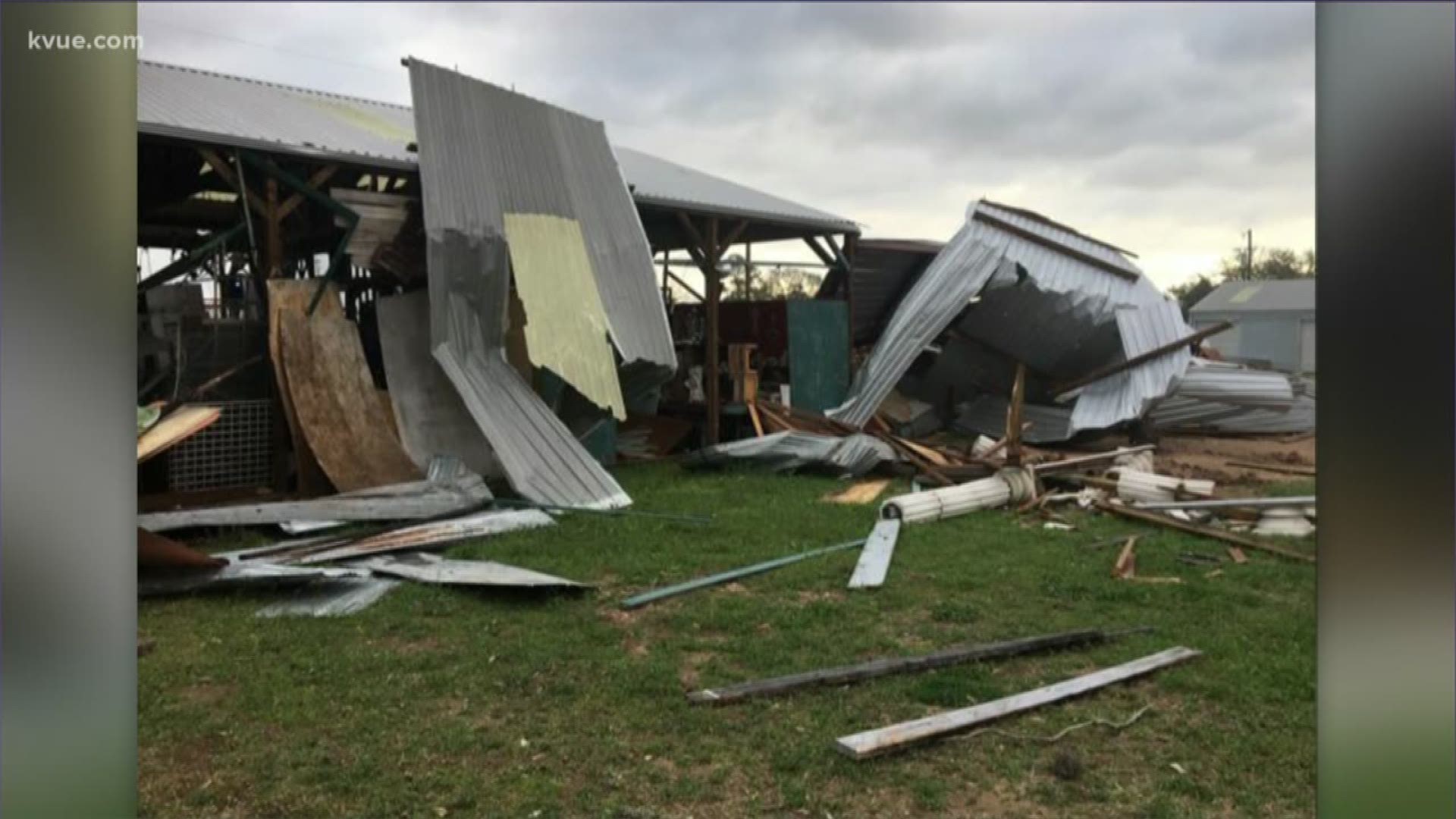 Amounts of rainfall ranged anywhere from .5 inches to 1.5 inches, with .68 inches of rain recorded in downtown Austin.

RELATED: With hail on the horizon, protect your vehicle from dents and damage

According to Ramon, wind gusts of 60 mph were reported at the San Marcos Regional Airport.

The storm caused some property damage in Kyle, Texas.

A viewer from Warrenton, in Fayette County, sent video of damage to several buildings.

Other pictures show damage to buildings in south Lee County.

According to Texas Parks and Wildlife, high winds and a lightning strike caused trees to fall over at Bastrop State Park and Buescher State park overnight.

Authorities say they don't know of any injuries or damage to visitors' property.

Following the storm, the forecast for Saturday and Sunday is expected to be breezy, dry and cool.

Pictures and videos from the community can be found on KVUE's story on people's social media posts during the storm.

WATCH: The Back Story: The number of natural disaster spikes in Central Texas