Crews will start the drive on Labor Day morning. 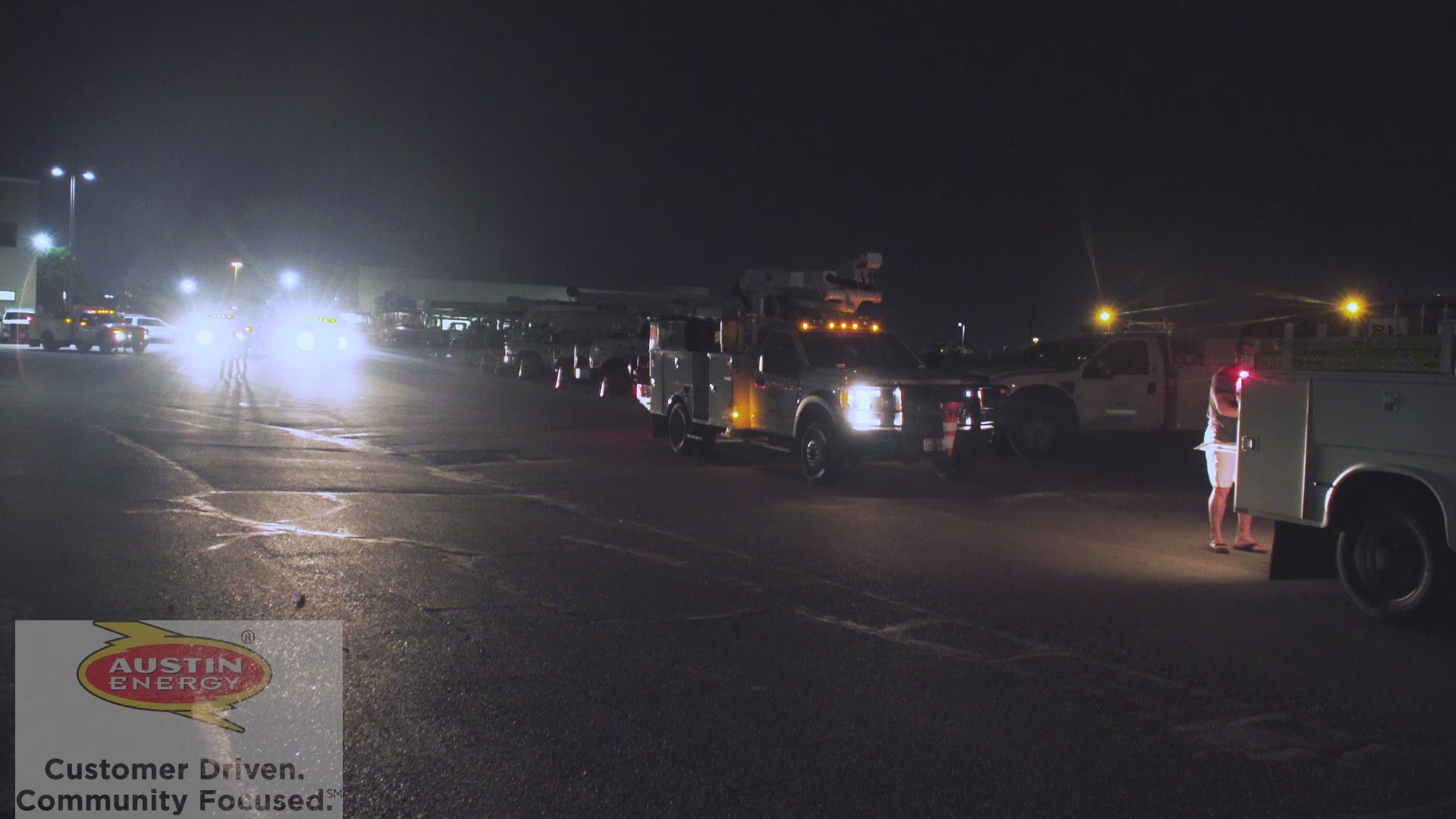 AUSTIN, Texas — As Hurricane Dorian grows stronger, Austin Energy plans to do their part to help handle the aftermath.

Twenty-seven Austin Energy crews are set to make the 1,000-mile trip to Florida to help with restoration efforts.

The crews will be made up of lineworkers and other support personnel and will travel in a convoy of bucket trucks and support vehicles to Jacksonville, Florida. They will be hauling a pole trailer, material trailer and any other equipment that they may need.

The crews are prepared to be deployed from two to three weeks, but the length of their stay will ultimately depend on what the community needs.

The deployment follows a mutual aid request from Jacksonville Electric Authority (JEA), a public power utility in Jacksonville. Austin Energy will be coordinating its efforts through the American Public Power Association.

Austin Energy is no stranger to assisting JEA, as the responded to a similar request after Hurricane Irma in 2017.

Hurricane Dorian is currently a Category 4 storm. It has the potential to be the most powerful storm to hit Florida in almost 30 years.

Dorian is expected to hit land either late Monday or early Tuesday. Since the storm is slow-moving, it could mean more destruction for the areas impacted.

Calls for mass evacuation have not been issued yet, as early evacuations may move people into the line of danger if the path of the storm changes.