Sunday was the hottest day of the year so far for Austin; more heat for the upcoming week

More 90s are on the way for the week ahead with only small rain chances Monday and Tuesday. 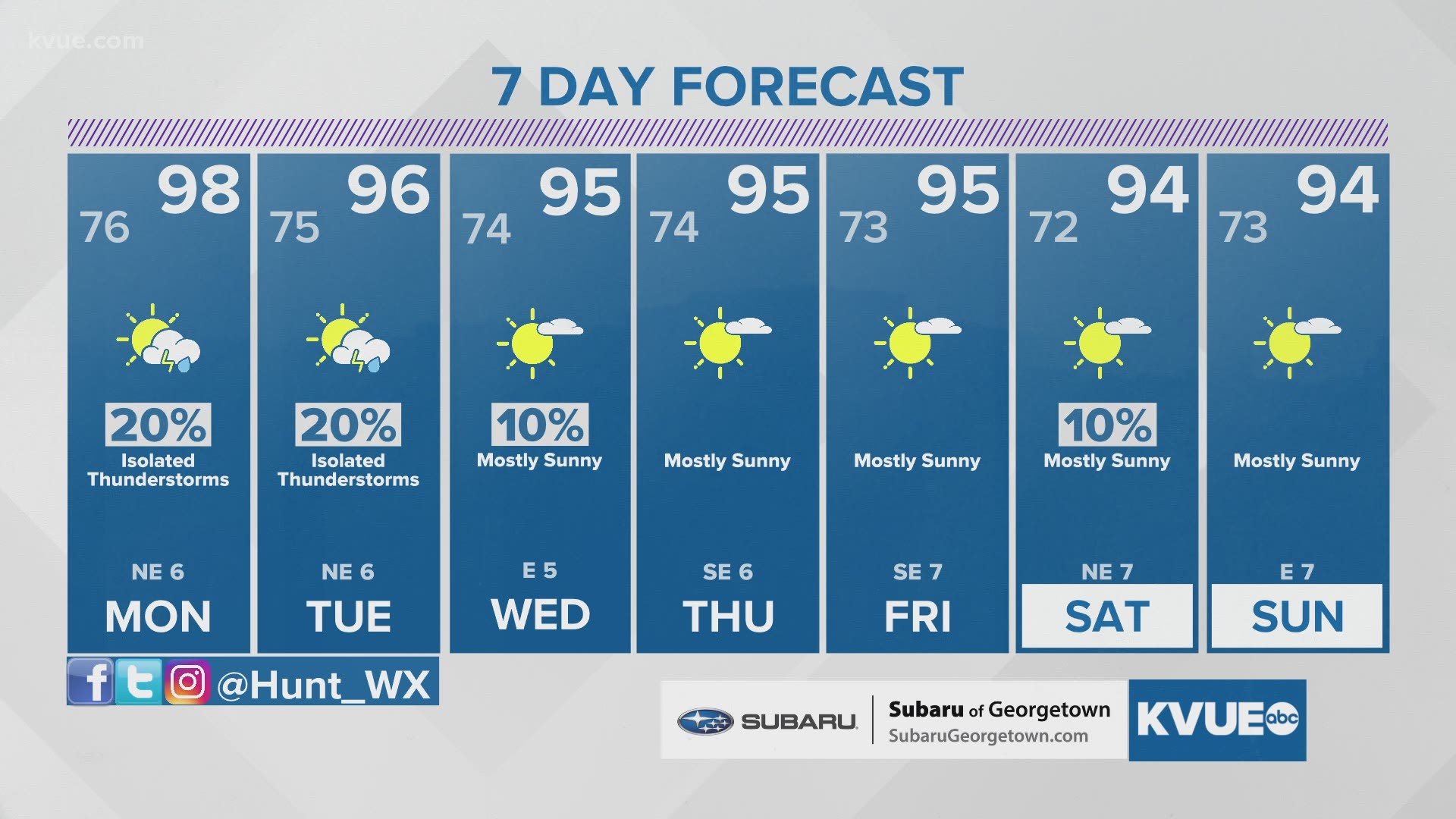 AUSTIN, Texas — Editor's note: This blog is no longer active.

Sunday was officially the hottest day so far of 2021 for the Austin area. Camp Mabry hit a high 99 degrees, falling 3 degrees short of the daily record high. We don't have much heat relief on the way for the upcoming week as highs stay in the 90s with only small rain chances.

The best chance of getting a passing shower or storm will come Monday and Tuesday during the heat of the day, but even then we're talking only about a 20% chance of rain. If you're not one of the lucky few that get some raindrops, plan on more mid- to upper 90s with triple-digit heat index values.

Highs may drop a touch by the end of the week and next weekend, but even then we're looking at low to mid-90s. The heat ridge that had us stuck with the heat this weekend will move slightly northwestward.

This opens up the door for a wind shift Monday and Tuesday and small chances for rain. Frankly, this upcoming week will still be mainly heat with just small rain chances early in the week.

In the southwestern Gulf, there is now a 50% chance of a tropical depression or storm forming in the next 5 days. We still don't need to be too worried about this here in Central Texas. Most models show that if this system develops it would likely track to our east next weekend.

We'll still keep a close eye on it in case anything changes.

Here is a look at your extended forecast: