Cedar pollen started to show up in our pollen counts on Sunday. 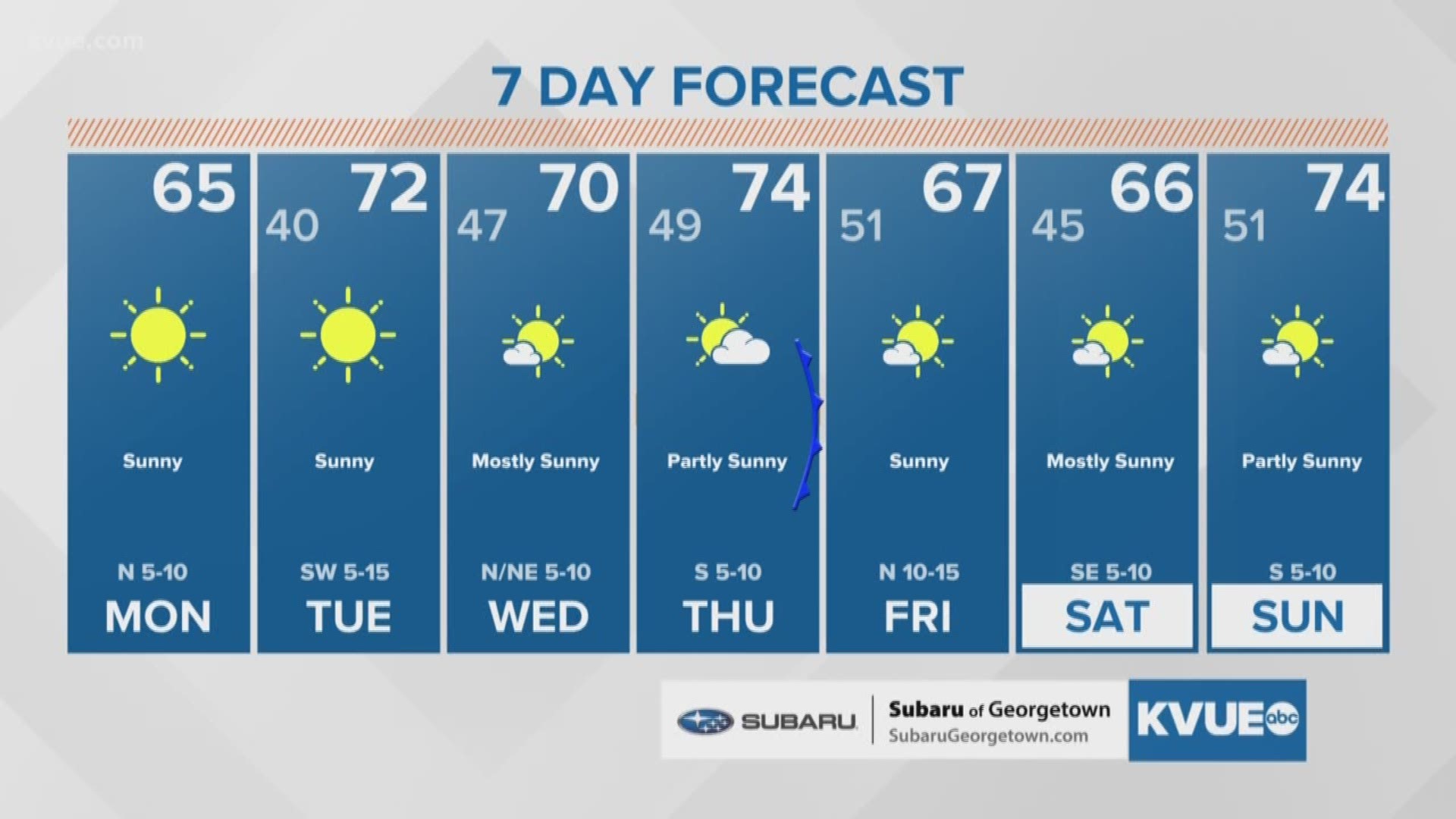 AUSTIN, Texas — Mountain cedar season officially kicked off on Dec. 1. While it has not been seen in high amounts, several Central Texas locations have already reported low cedar pollen counts this week.

This brings a close to redberry juniper season, which normally ends at the end of November. Cedar season typically starts in early December and lasts through mid-February. The peek of the cedar season is usually the second week of January.

Mountain Cedar is found across the Central Texas landscape. Since it is local, a strong wind is not needed to stir up the pollen count. However, windy weather does generally bring in the highest levels of cedar.

We are expecting light winds for most of the week. The cedar pollen count is expected to stay low.

Keeping tabs on your allergies: How KVUE tracks allergens every day

KVUE is the only station in the region that takes its own allergy counts seven days a week from our North Austin studios. KVUE tracks the latest pollen counts and forecasts every day.

According to an Austin allergist, allergy pills and nasal sprays are your best bet and beating the cedar fever.

WATCH: When to prepare for cedar and oak pollen