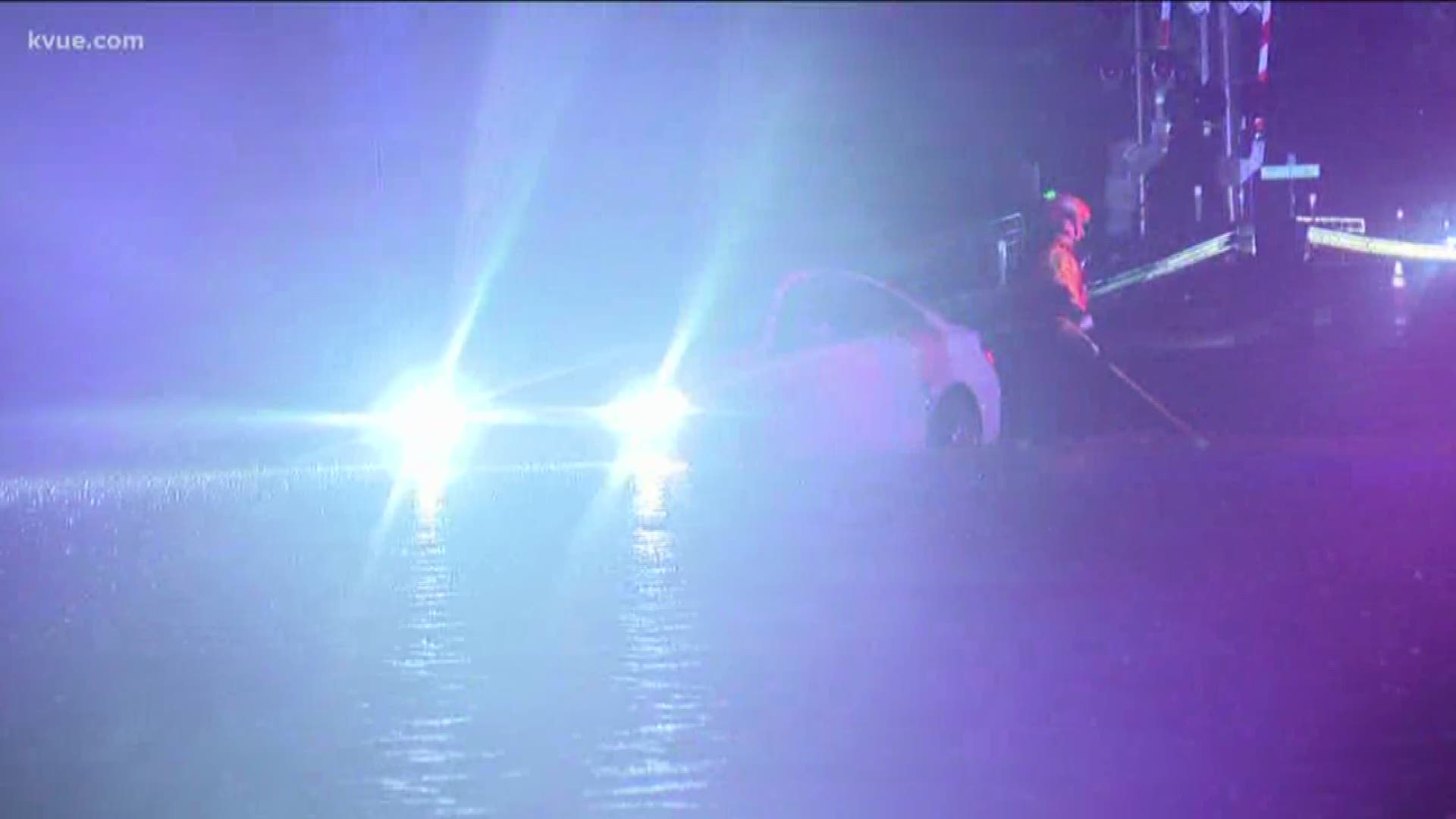 AUSTIN, Texas — Austin-Travis County EMS responded to multiple water rescues across the area Friday night. As of midnight, ATCEMS responded to at least 18 calls. No serious injuries or transports were reported.

At 11:46 p.m., ATCEMS said they responded to a water rescue at 11800-12119 Old San Antonio Road. Initial reports said two people were on top of a vehicle holding on to a tree limb. Two adult victims were rescued with no injuries.

At 11:39 p.m., ATCEMS said they responded to 4600-5721 North Dunlap Road for reports of a vehicle stuck in a low-water crossing. Medics said they made simple access to the victims and they were escorted out of the area.

At 10:07 p.m., ATCEMS and Travis County Emergency Services responded to a water rescue at FM 969 Road and Cadillac Drive for reports of a fully submerged vehicle. It is unknown if any occupants are inside. Four adults were also found on the roof a vehicle in the same area. All four were escorted out of the water and no injuries were reported.

KVUE's Molly Oak spotted the stranded people and was able to call 911 to help them. 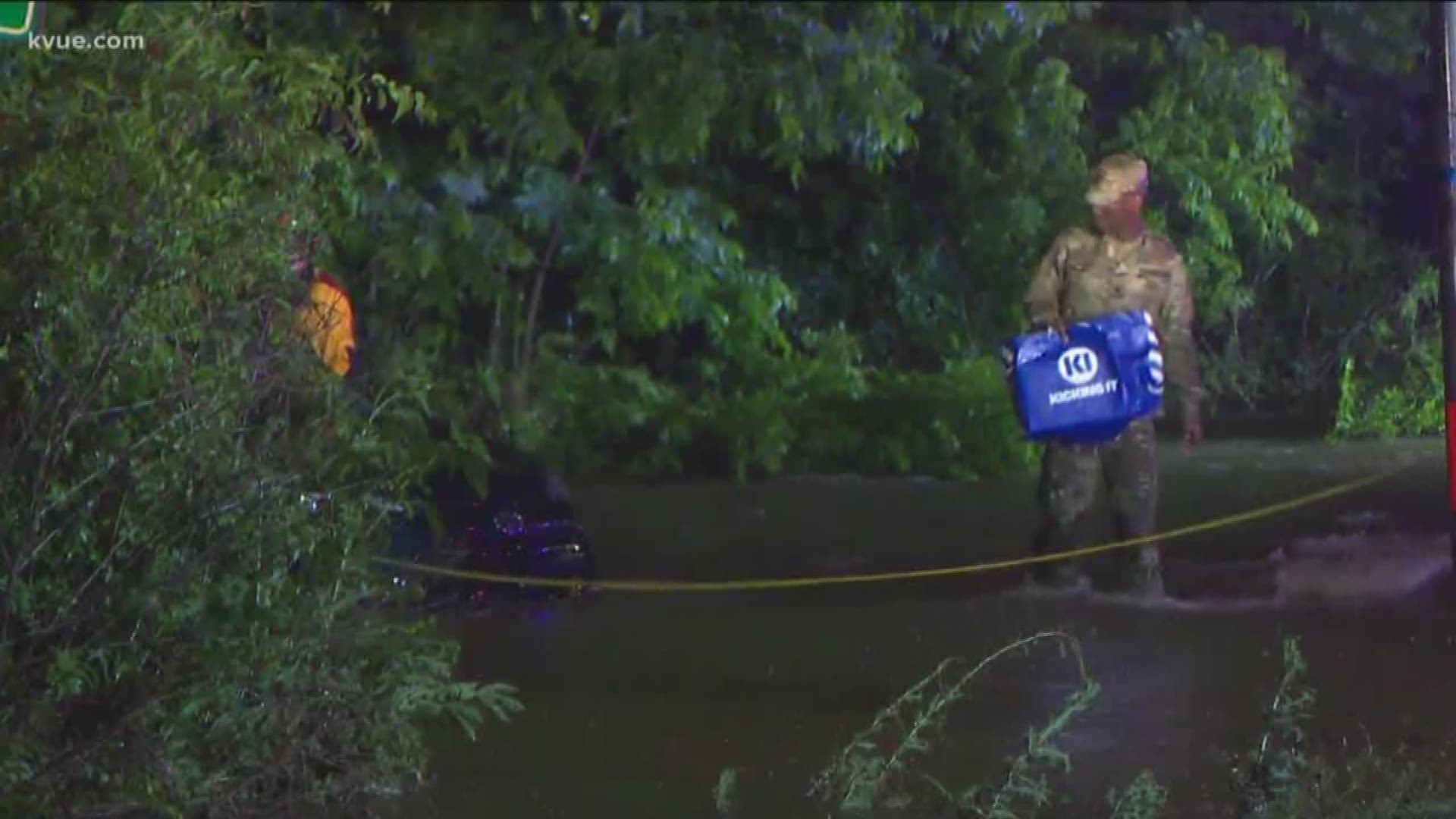 Around 9:30 p.m., ATCEMS responded to a reported water rescue at 9700-10925 Bitting School Road. It was reported a woman was stuck in her vehicle in water. The caller reported that water was rising and her vehicle was moving. As of 9:45, rescuers were being hindered by multiple roads that are impassable due to flooding. By 10 p.m., STARFlight hoisted the victim inside the aircraft and she was dropped off to ground crews.

As of around 8:15 p.m., ATCEMS responded to a reported water rescue at FM 969 Road and Burleson Manor Road. Initial reports are of a person attempting to get their vehicle from a home that is possibly being flooded. Rescuers have confirmed there is a family trapped inside a trailer home requesting assistance. At around 9:20 p.m., ATCEMS said approximately 20 people are being evacuated from the area. No injuries have been reported.

ATCEMS were also working on a separate incident in that same area involving a stranded vehicle. As of 9:48 p.m., ATCEMS said occupants of the vehicle were escorted from the vehicle, but ATCEMS was still on-scene assisting the 34 victims of flooding in that area.

At around 8:45, ATCEMS teams were also responding to a water rescue at 18012-18911 FM 969 Road. Confirmed reports of a vehicle stuck in moving water with one occupant in the vehicle. Bystandards confirmed two occupants inside the vehicle and "actively taking on water." They were escorted from their vehicle.

Meanwhile, the Austin Fire Department said it responded to 30 flood assist calls, 10 water rescues, six structure fires, and 14 wires down/wires arcing calls in the 24-hour period between May 3 and May 4.

Earlier in the evening

At 6:56, ATCEMS tweeted that rescue assets were responding to a water rescue at 6720 Old Bee Caves Road. There were unconfirmed reports of multiple vehicles "stuck in fast moving water" with people stranded in the vehicles. Rescuers confirmed that the vehicle had been swept away and all occupants were safely out of the water a few minutes later. That rescue has been de-escalated.

ATCEMS also responded to a reported water rescue at 4700 Great Divide Drive at 7:22 p.m. A vehicle was reported stuck in a creek. At around 7:30 p.m., ATCEMS tweeted that the occupants got out of the vehicle and that responders would be clearing the scene soon.

ATCEMS also responded to a reported water rescue near 6300-6517 Sanderson Avenue. A vehicle was reportedly stuck in the water, but as of 7:32 p.m., the incident was being cleared and no rescue assets were needed on scene.

ATCEMS also responded to a water rescue at Johnny Morris Road and Breezy Hill Drive around 7:35, where there are reports of a victim stranded in their vehicle with water rising. The incident has now been cleared and ATCEMS medics are on-scene advising they have accessed the victim and cleared them of their vehicle.

Around 7:30 p.m.,  ATCEMS responded to a water rescue at 8100-8117 Ben White Boulevard eastbound, involving a vehicle possibly with children inside. As of 7:48 p.m., all occupants were safe and on dry land.

ATCEMS responded to a reported water rescue at 4600 Convict Hill Road. Initial reports are of a vehicle stranded in rising water with multiple people inside. Rescuers made access to the vehicle but no occupants were found. As of 8 p.m., the rescue assets were clearing the scene. 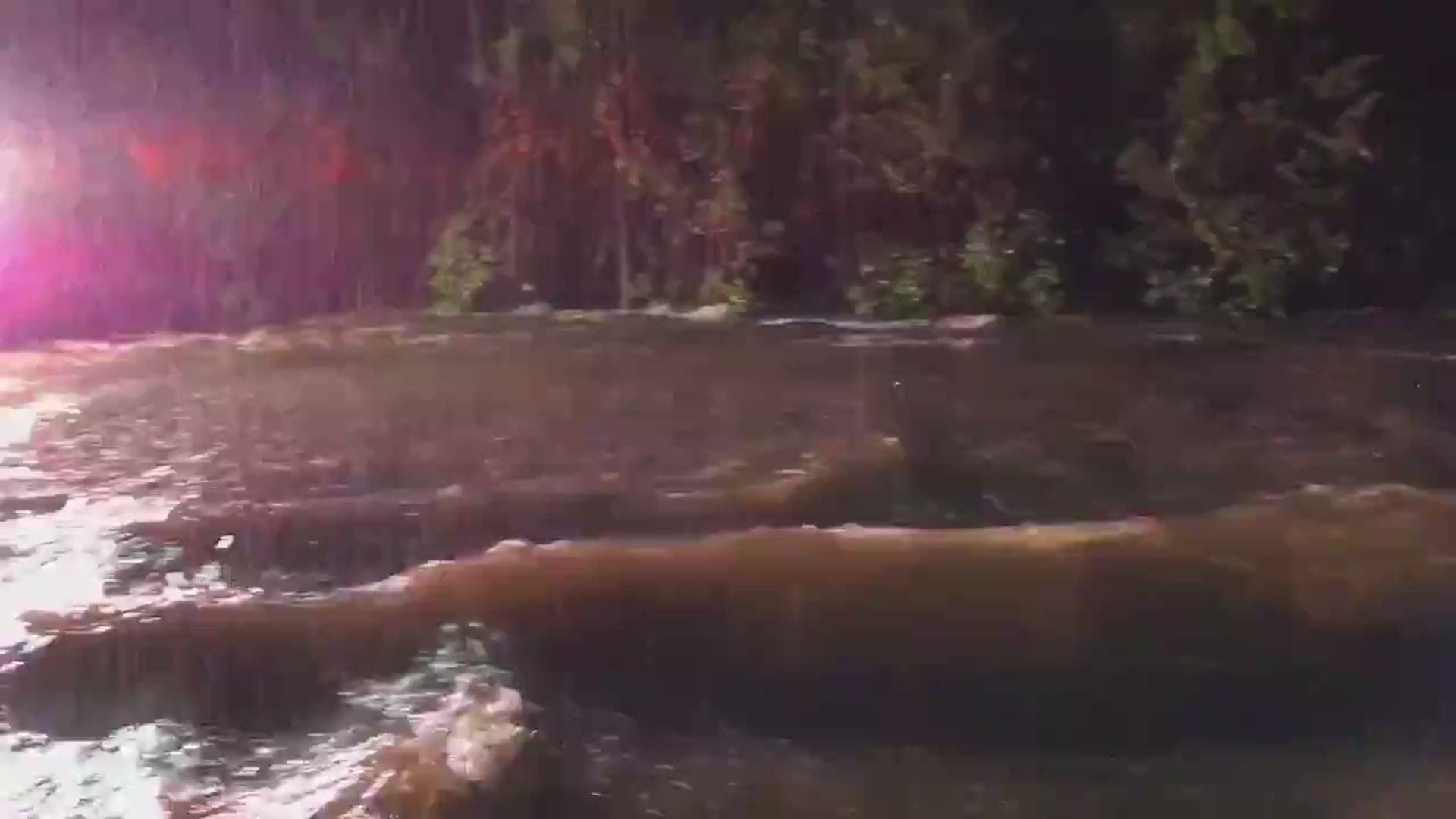 ATCEMS also responded to a reported vehicle rescue, pin-in collision, at 7767-8125 South State Highway 130 northbound. As of 8:01, the arriving fire department assets confirmed there was not a pin-in. Rescue assets were canceled.

ATCEMS also responded to a reported water rescue involving a car about to be swept away at 15100 FM 969. As of 8:20 p.m., the caller was able to get out of the water and is in a safe location. The car was swept away.

A team responded to a different reported water rescue at that time at 10100-1125 Old San Jacinto Road. Initial reports were that two or three occupants in a vehicle were stranding in moving water. That rescue was canceled a minute later when all occupants were able to get out of the vehicle.

At around 8:20 p.m., a rescue team also responded to a water rescue at 2631-2644 Barton Hills Drive. The caller reported they were walking in Barton Creek and then were surrounded by water and unable to get out. At around 8:40, rescuers were attempting to locate the person. At one point, rescuers thought there might be two possible people in need of rescue, but as of around 9 p.m. Austin Fire rescuers said there was only one patient and they were walking her out safely. Medics were canceled as the patient was not in need of medical care.