'Everyone is working around the clock to restore power,' says Gov. Abbott as outages continue statewide 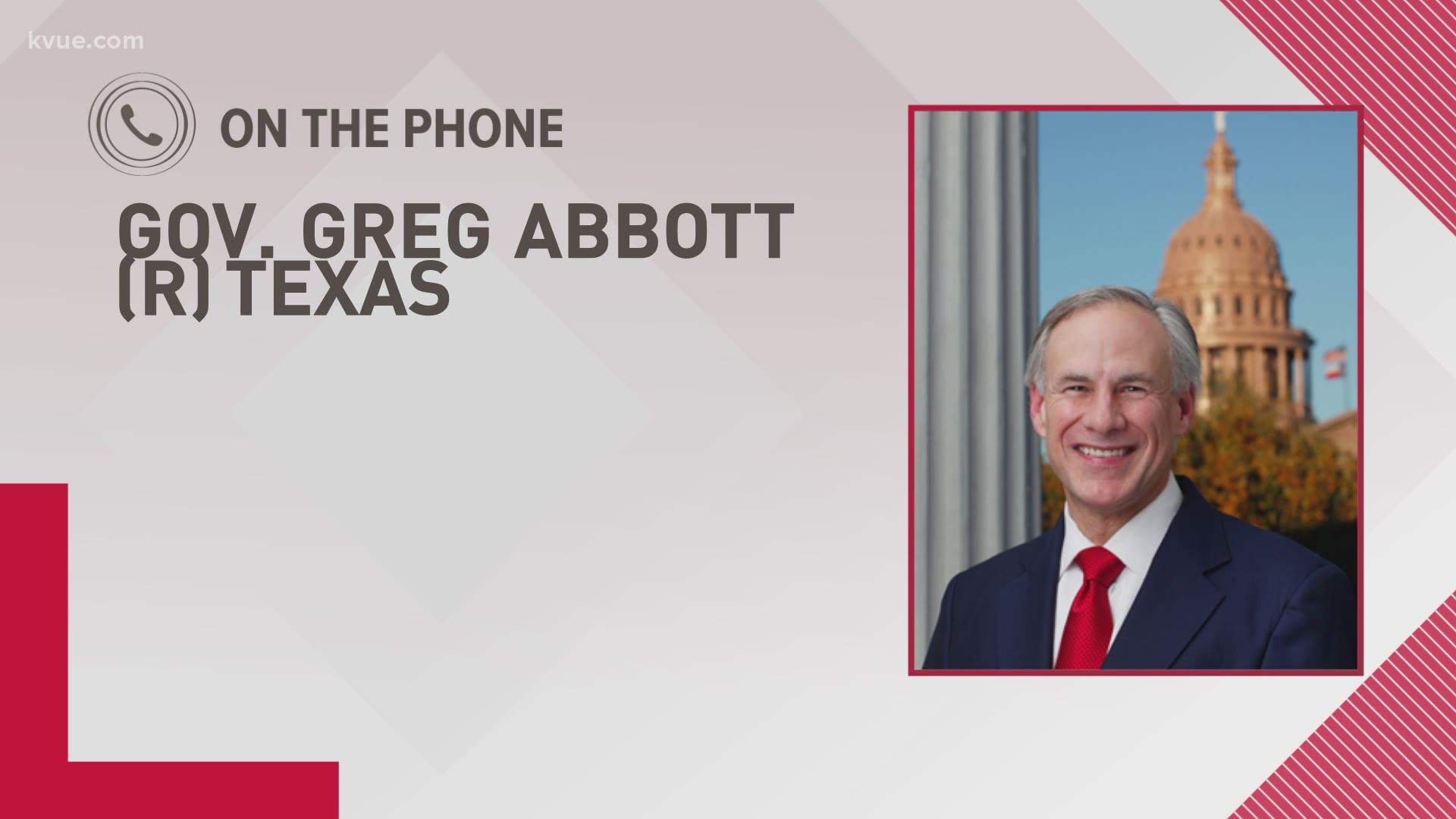 Electricity outages caused by severe stress on the state’s power grid will likely continue until Tuesday and maybe even beyond that, State officials said on Monday morning.

The outages will continue until enough power is being generated to meet the demand of the system, Dan Woodfin explained. Woodfin is the director of system operations for the Electric Reliability Council of Texas, or ERCOT, which coordinates the state’s power grid.

According to ERCOT, extreme weather conditions caused many generating units, including natural gas and coal generators, to trip offline and become unavailable. That resulted in more than 30,000 megawatts of generation to be forced off the system.

Abbott told KVUE the private companies that run the offline power generators are working to get back up and running.

"Some of their operations crashed, meaning that there was inadequate power flowing into the Texas grid when it crashed," Abbott said. "That's what caused some people to be without power for hours long, maybe a half a day long. The good news is we've been working with those private companies to make sure that their power generation is restored, and over the past couple of hours, there have been 100,000 households that have had their power restored."

The Public Utilities Commission said around 500,000 residential customers had their power restored on Monday afternoon and more are expected this evening, according to Abbott.

NEW: The Public Utilities Commission now tells me that about 500,000 residential customers are having power restored at this time.

They said to expect even more this evening. https://t.co/mfi9SumNNJ

DPS troopers, as well as Parks and Wildlife crews have high-clearance four-wheel-drive vehicles to assist those who need help getting to a warming center.

"Just know that everyone is working around the clock to restore power," said Abbott.

Temperatures are expected to drop to the single digits from Monday night into Tuesday morning, with more winter precipitation predicted for Wednesday.

City of Kyle urging residents to suspend water use

How Austin Energy is struggling with statewide outage rollout