The airline experienced a system-wide outage on Tuesday afternoon that impacted several flights at the Austin Bergstrom International Airport (AUS). 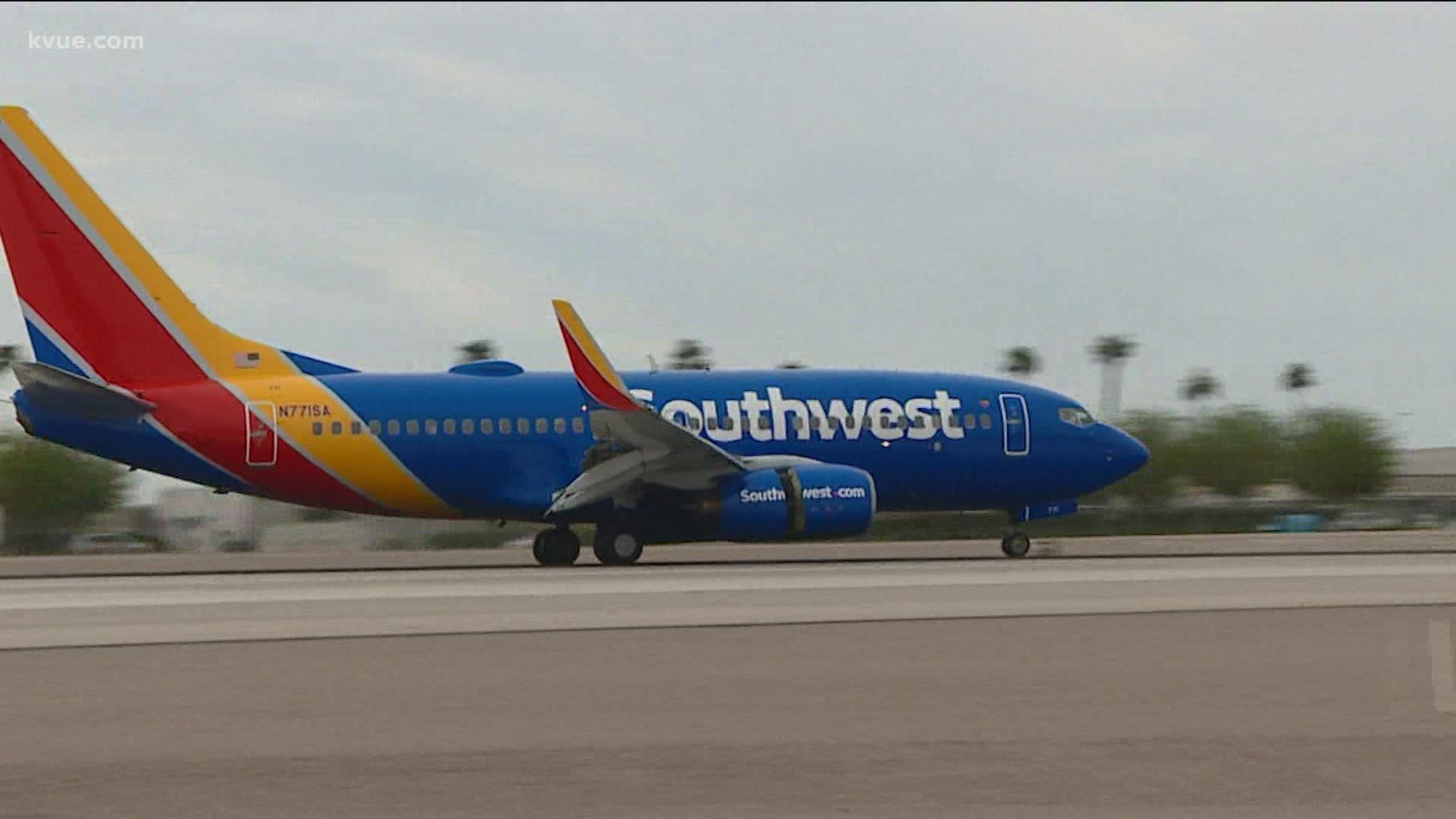 AUSTIN, Texas — Southwest Airlines is dealing with a second day of technology problems stalling flights around the country.

On Monday night, Southwest Airlines flights across the U.S. were delayed due to a problem with the airline receiving weather data from a third-party provider.

The airline then experienced a system-wide outage on Tuesday afternoon that impacted several flights at the Austin Bergstrom International Airport (AUS).

According to AUS, the brief outage led to a few flights delayed by about an hour and about five cancellations. AUS clarified that some of the canceled flights may not have been caused by the outage.

We are aware of system issues and are working quickly to resolve. We will share more info soon.

At AUS, tickets were issued manually to passengers at the terminal during the outage, and the airport said the system is now back online.

At 2:30 p.m., the FAA issued a temporary nationwide ground stop at the request of Southwest Airlines while the company resolved a reservation computer issue. This was lifted soon after.

The FAA issued a temporary nationwide ground stop at the request of Southwest Airlines while the company resolved a reservation computer issue. Please contact the airline for further details. pic.twitter.com/g5sJxDdiIC

For those who have Southwest flights scheduled for Tuesday, AUS recommends you give yourself extra time to check in and check with the airline to see if there were any changes to your flight’s status.

"Southwest is in the process of resuming normal operations after a brief pause in our flight activity resulting from intermittent performance issues with our network connectivity Tuesday afternoon. Our Teams are working quickly to minimize flight disruptions and Customer impact. We appreciate our Customers’ patience as we work to get them to their destinations. We ask that travelers use Southwest.com to check flight status or consult a Southwest Airlines Customer Service Agent at the airport for assistance with travel needs. Today, we’ve proactively canceled roughly 500 flights due to the outage, and we’re working with those customers to get them to their destinations as quickly as possible."

Teen escaped from custody while at Dell Children's, TJJD says