The airline has canceled at least 80 destinations out of AUS on Sunday. 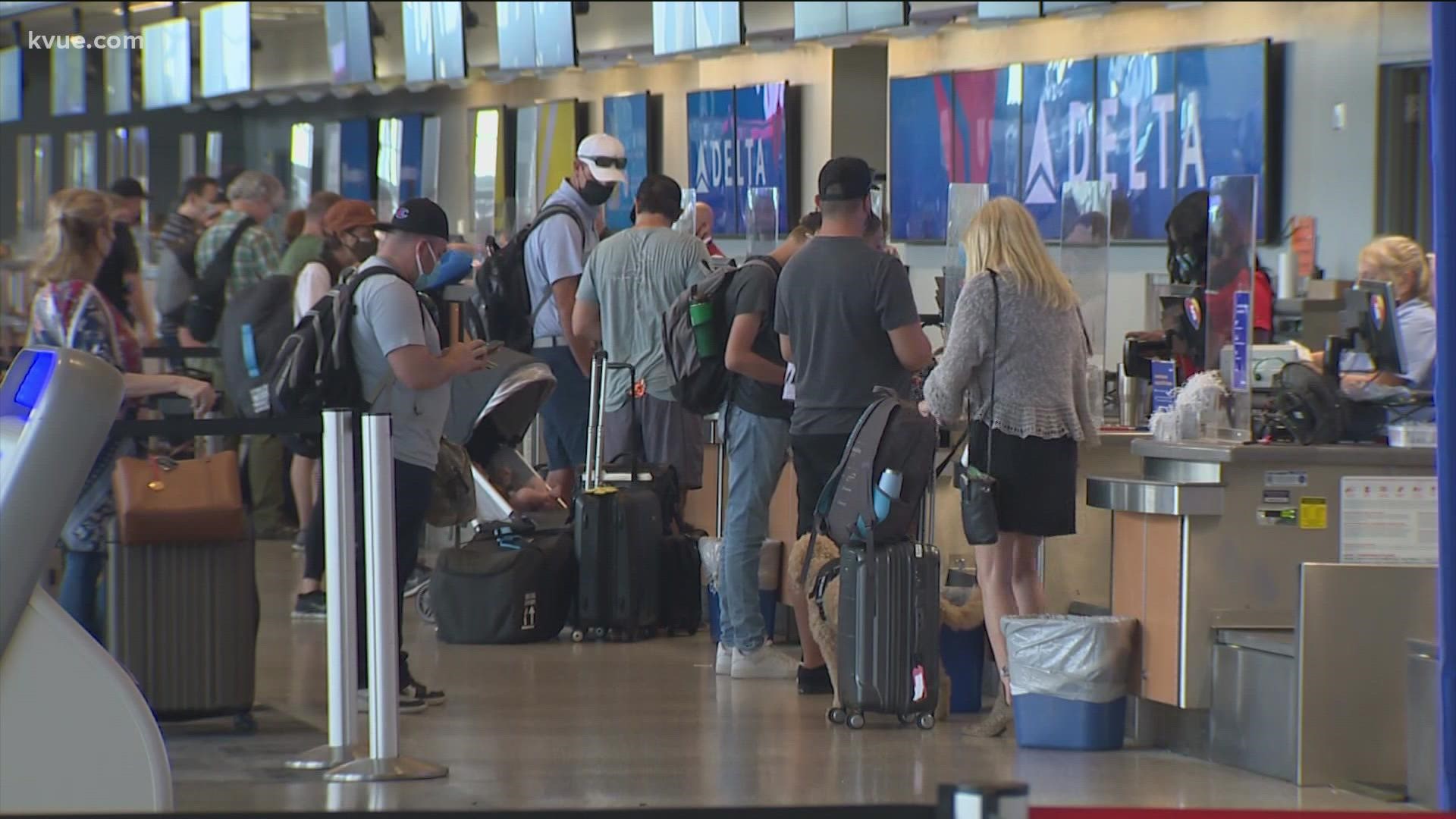 AUSTIN, Texas — Southwest Airlines customers at Austin-Bergstrom International Airport (AUS) and across the country are experiencing a large number of cancelations this weekend.

The airline said in a Facebook post that due to air traffic control issues and disruptive weather, a large number of flights would be canceled across the U.S.

Here is a full statement to KVUE from Southwest Airlines:

"We experienced weather challenges in our Florida airports at the beginning of the weekend, challenges that were compounded by unexpected air traffic control issues in the same region, triggering delays and prompting significant cancellations for us beginning Friday evening. We’ve continued diligent work throughout the weekend to reset our operation with a focus on getting aircraft and Crews repositioned to take care of our Customers.

With fewer frequencies between cities in our current schedule, recovering during operational challenges is more difficult and prolonged.

We’re working diligently to accommodate our Customers as quickly as possible, and we are grateful for their patience. We’re offering Customers added flexibility to explore self-service rebooking options on Southwest.com, where they can get updates on the status of their travel. We know the frustration flight cancellations are creating for our Customers and Employees and we apologize, and we again thank everyone for patience as we work first to be safe, and second to be as quick as possible in solving disrupted plans."

The forecast for Austin on Sunday called for partly cloudy skies and temperatures in the mid-90s.

Austin passengers flying Southwest have been feeling the impact. According to the airport’s website, at least 80 departing Southwest Airlines destinations were canceled at AUS as of 11 a.m. Sunday morning. FlightAware reported that on Saturday at AUS, 24 Southwest flights were canceled and 38 delayed.

Across the entire U.S., Southwest had canceled 1,006 flights on Sunday as of 8 a.m., according to FlightAware.

The cancellations come on a busy day for Austin’s airport as the Austin City Limits Music Festival wraps up. The airport is expecting more than 28,000 travelers on Sunday and around 29,500 on Monday. This follows 30,010 flyers on Friday, the fourth busiest day on record for AUS.

Customers who were affected by cancelations were asked to rebook their flights by visiting Southwest's website.

The nationwide cancellations came as the airline announced Monday that the company will now require employees to get the COVID-19 vaccinated by Dec. 8. It was unclear whether this is related to the high volume of cancellations across the country.

The Southwest Airlines Pilots Association (SWAPA), Southwest pilots’ labor union, said in a press release that they are aware of the issues Southwest is experiencing.

"SWAPA is aware of operational difficulties affecting Southwest Airlines today due to a number of issues, but we can say with confidence that our Pilots are not participating in any official or unofficial job actions," the press release said.

Southwest Airlines is the only airline experiencing a high volume of cancelations.

"No FAA air traffic staffing shortages have been reported since Friday. Flight delays and cancellations occurred for a few hours Friday afternoon due to widespread severe weather, military training, and limited staffing in one area of the Jacksonville Air Route Traffic Control Center. Some airlines continue to experience scheduling challenges due to aircraft and crews being out of place. Please contact the airlines for details about current flight schedules."

9NEWS KUSA contributed to this report. 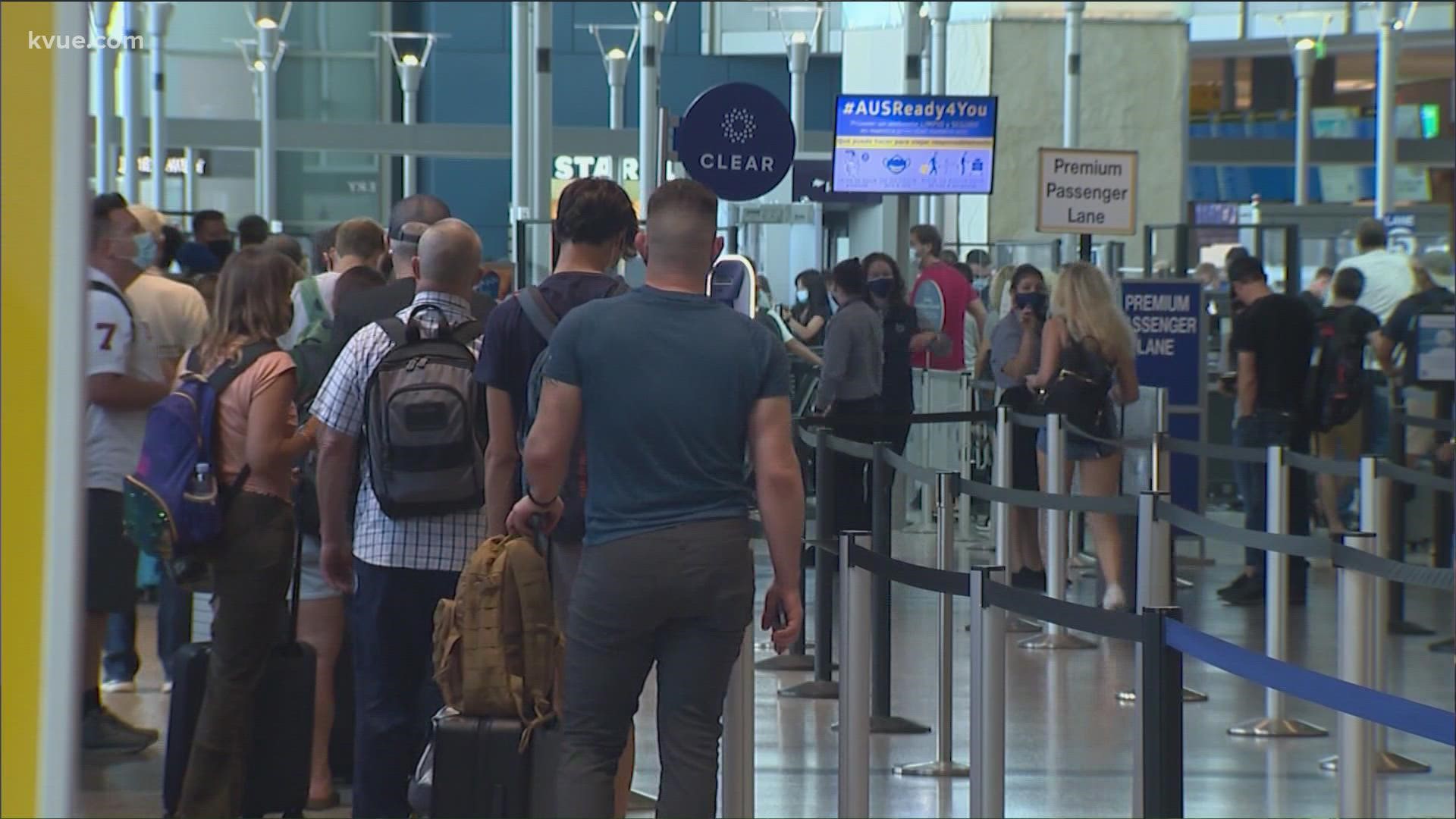