A Pflugerville man booked a flight online, wanting to visit his son for Father’s Day – only to find out ViaAir no longer operate at ABIA. 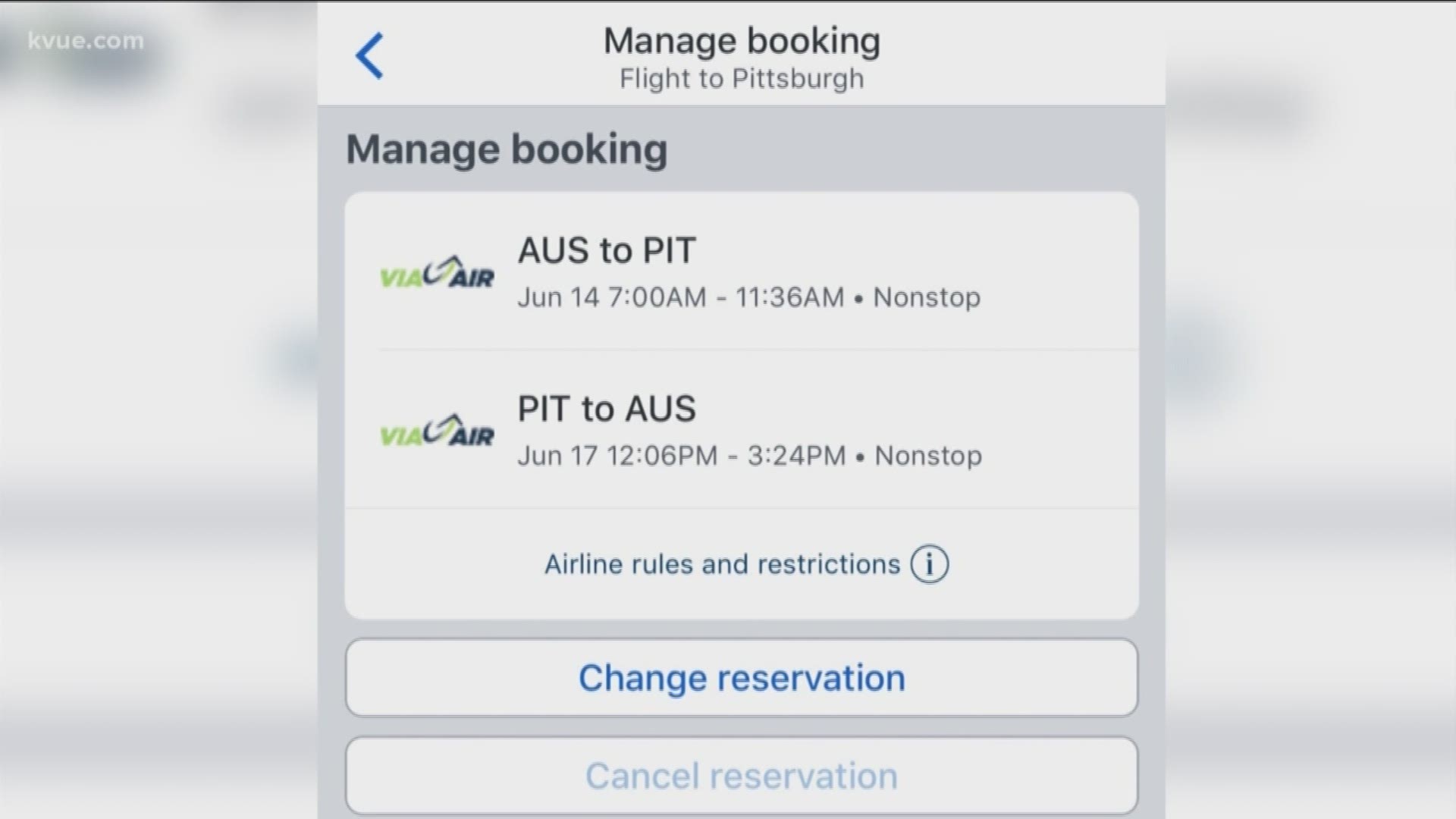 AUSTIN, Texas — Jonathan Davis was packed up and ready to go – only to find out his airline no longer operates out of the Austin-Bergstrom International Airport (ABIA).

Davis, who lives in Pflugerville, booked a ViaAir flight online, wanting to visit his son for Father’s Day.

"Basically, it was just like a ghost plane,” Davis said.

At 5 a.m. Friday morning, Davis made it to ABIA thinking he was leaving to Pittsburgh on ViaAir flight 4511.

He had a confirmation number, an itinerary and a ticket number from third-party travel website Travelocity.

“Only to find out that flight was not real because that airline was no longer there at all,” Davis said.

ViaAir's last day of service at ABIA was May 30.

The airport said it was due to "contract obligations" with the City of Austin's Department of Aviation.

RELATED: Want to hang out at Austin's airport? ABIA hopes you will soon

RELATED: Could an old rail line be a solution to connecting South Austin to the airport?

Davis booked his flight on March 5, before ViaAir stopped flying from Austin. But Travelocity didn't let him know about the airline issue.

The Better Business Bureau said if you book through a third party:

"See if there's going to be any type of hidden fees,” Carlos Villalobos with the BBB said. “In this case, if something goes wrong, who assumes liability with it?"

Villalobos said you should also verify directly “if it's a hotel or if you just bought some airline tickets, [that] those tickets are real."

Davis paid about $275 for the ticket and got a refund Friday.

So he is driving a rental to Pittsburgh to be there in time for Father's Day.

“I still don't understand the gravity of it, and I probably won't until 10 hours into the drive,” Davis said.

KVUE contacted Travelocity about the ViaAir issues. The third party website said its customer relations team is investigating, but it has no updates as of news time.

KVUE also reached out to ViaAir. They have not responded.