KVUE's daybreak team gave pole vaulting a try and thanks to some great coaching, all three were able to have some success. 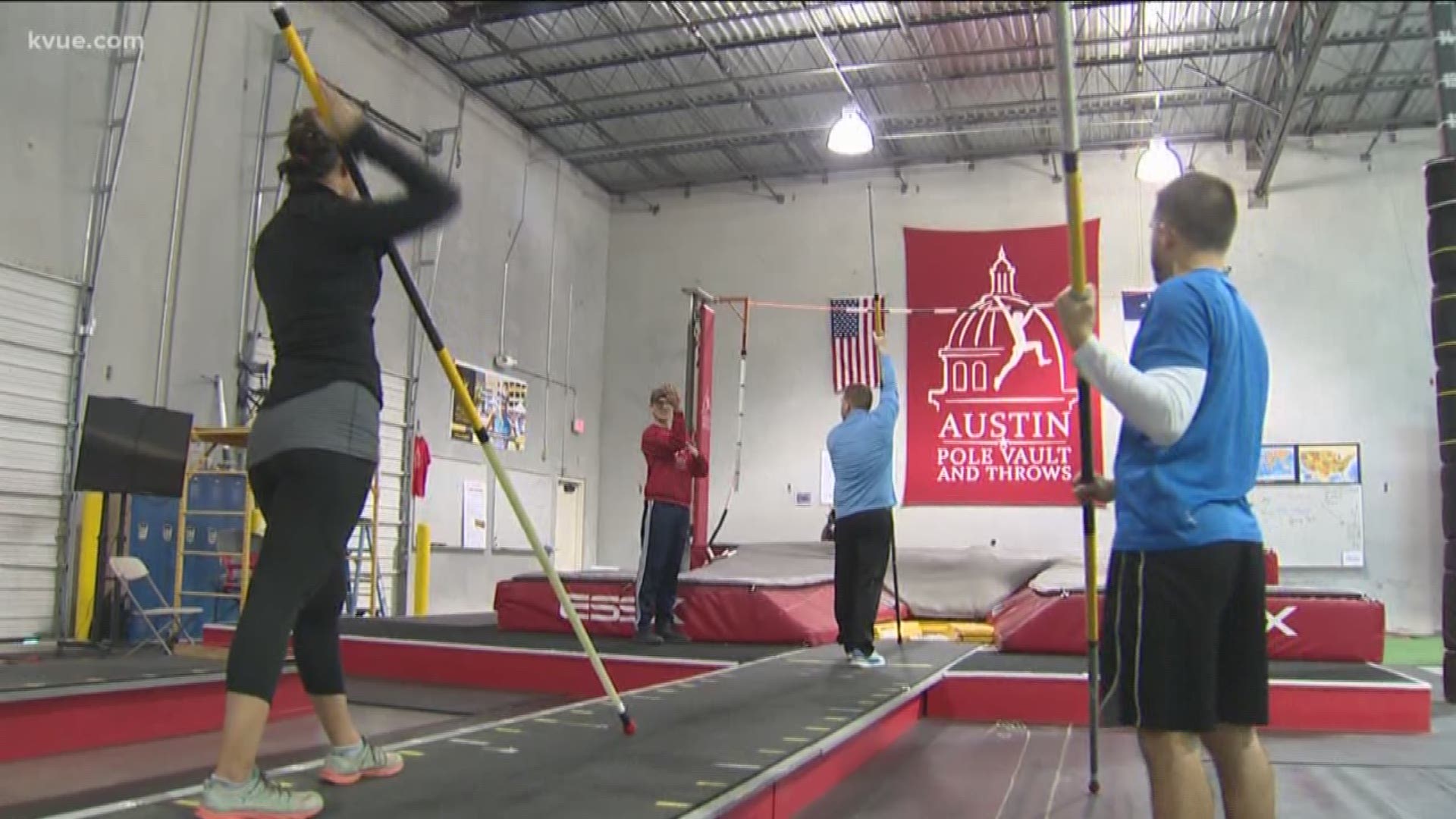 AUSTIN, Texas — Austin Pole Vault and Throws opened for business in November of 2018 and has already established itself as one of the premier indoor pole vault facilities in the entire state.

Owner Brandon Frye and head coach Ben Ploetz saw a need for an indoor location for vaulters and throwers to train and made it a reality through hard work.

Erika Lopez, Jay Wallis and Bryan Mays gave it a try and thanks to some great coaching, all three were able to have some success.

They began with a lesson on technique and then moved to the runway.

The great thing about Austin Pole Vault and Throws is that you don't have to be a pole vaulting veteran to have a really great time. They have athletes as young as 9 years old and as old as 69 years old, taking competing on their two runways.

Erika, Jay and Bryan won't be trying out for the Summer Olympics anytime soon, but thanks to Brandon and Ben, they now have a new skill and got some great exercise in the process.

Break a Sweat: 8 fun ways to workout in Austin

Daybreak Adventures: The fight to lose weight at this Hutto gym