Lions and jaguars and snakes – oh my! 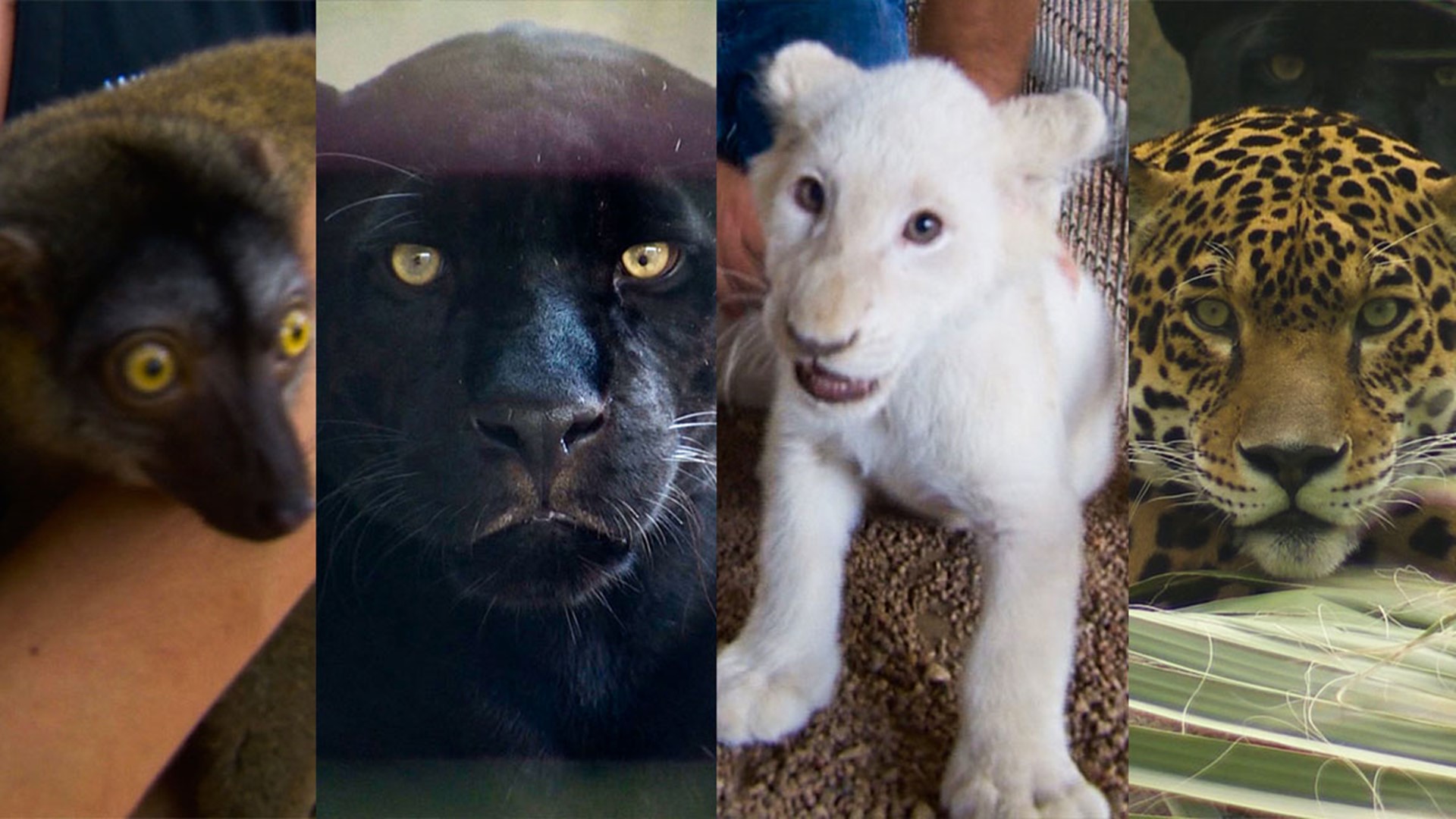 NEW BRAUNFELS, Texas — On your drive from Austin to San Antonio, you are sure to have passed a giant black and red sign that reads "Snake Farm Zoo."  But this unassuming building off Interstate 35 South in New Braunfels has plenty of eye-catching sights inside.

It's enough to rattle some folks. But it's time to make some friends. Take Hercules for example. He's a 14-foot, 100-pound albino reticulated python.

If snakes make you squirm, there are plenty of cute, furry animals to say hello to. Like Tilly the lemur. Over the past 12 years under new ownership, the Snake Farm has become an accredited zoo.

"That is what has allowed us to start rebuilding, building bigger, better and getting more naturalistic exhibits for the animals," added Forthman. "Where else can you bottle feed baby camels?

RELATED: See hundreds of wild animals at this drive-thru safari in Texas

"What separates us from a lot of the larger zoos is we get you up close and personal with animals," said Forthman. "When you go up to their exhibit, they come up to see you. They are not trying to hide. They are not scared."

The animals love the treats. Chicken is on the menu. Did you know hyenas have one of the strongest jaws in the animal kingdom? To put that into perspective, lions are only about 600 pounds per square inch, so they have twice the bite force of a lion.

RELATED: Meet the beekeeper who looks after 5 million bees and counting in the Austin area

Visiting this zoo is educational and you get to do things you don't always get to. Team Daybreak got a chance to feed lions and they also paid a visit to the nursery to bottle-feed lion cubs Zuri and Collie.

There really is a whole world to discover at Animal World and Snake Farm Zoo. The building opened in 1967 and has definitely grown. They've purchased land around the Snake Farm and the goal is to continue to expand. During the summer, they have educational programs every 30 minutes with lots of hands-on opportunities.