The KVUE Daybreak team went on a wet and wild adventure in New Braunfels! 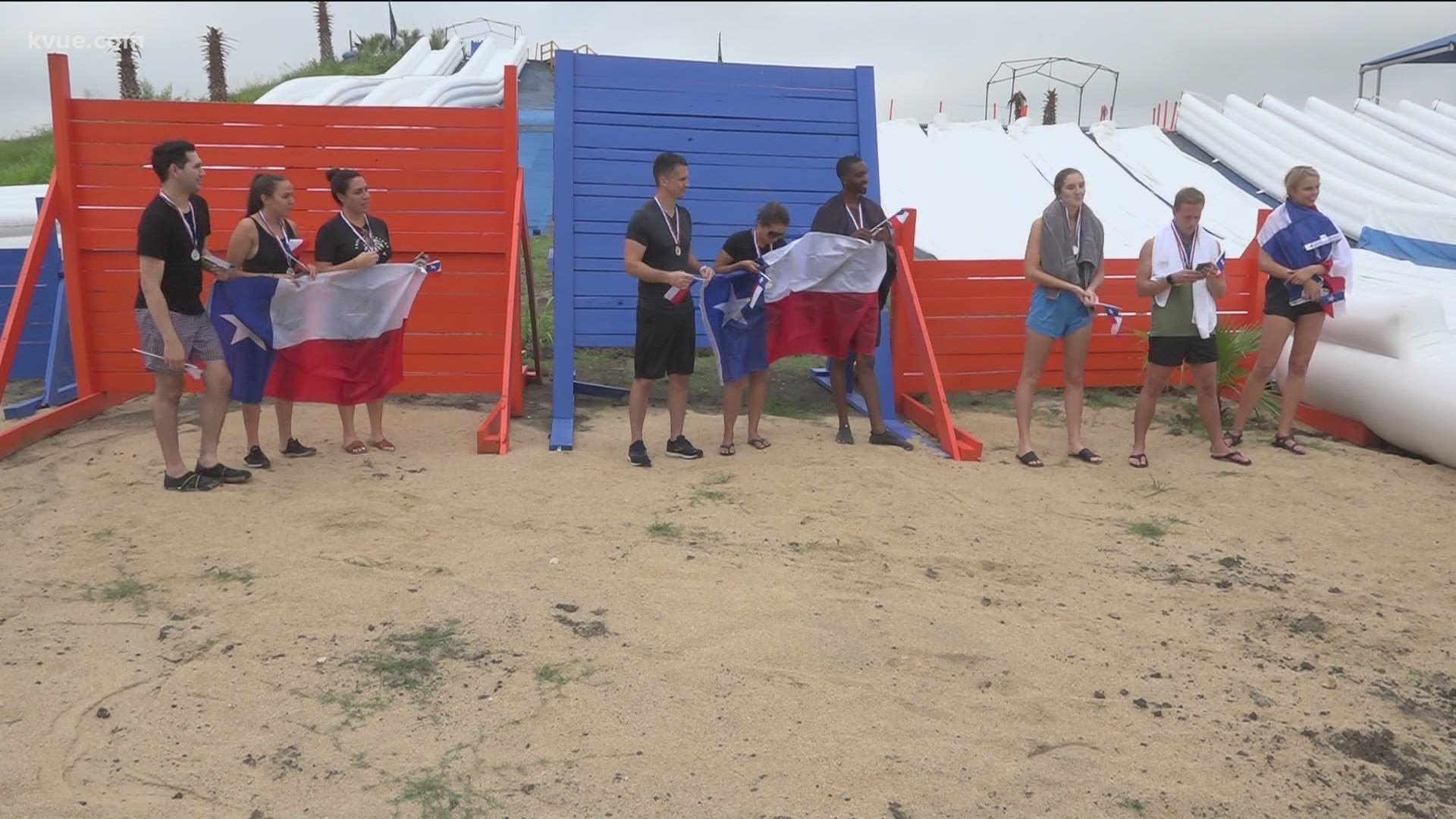 NEW BRAUNFELS, Texas — A brand-new attraction popped up recently just south of Austin. It was meant for summer fun: a slip-n-slide for kids and big kids!

The KVUE Daybreak team hit the road for a Daybreak Adventure at Slide the Slopes, less than an hour down Interstate 35. While the attraction briefly took over the Texas Ski Ranch in New Braunfels, it was a perfect escape from the Texas heat.

"It's like the backyard slip-n-slide fun, but on steroids," said Sidney Holmes, the event manager.

You slide down on inflatable slides, hundreds of feet long and slippery with suds.

"You go so much faster than you think," Holmes said.

These slides were meant to line ski resort hills during the down summer months, "but in Texas, we couldn't do that," Holmes said, adding, "So here we are, the only ski resort in Texas."

For their adventure, the KVUE Daybreak crew divided into three teams for the first of two competitions.

The first: who could corral the most balls while sliding down the long track. The balls were hidden in foam, slippery and elusive. You had to carry them across the finish line by any means necessary.

"He may be disqualified," Holmes said.

Upon video review, Rob turned his body and reached back for three balls. That was a violation.

"Even if we took Rob's 18 balls out, Team Mariel still won," Holmes said.

One event down, one to go: an individually timed sprint to the finish of the speed track.

The first heat was a nail-biter between Tori Larned and Rob, but Rob edged her out by less than a second. Heat two was also close, but Bryce Newberry earned the best time. And in the third and final heat, Hannah Rucker beat Jason by a second.

Just like that, it was time to head back to the podium.

"We're definitely last," Yvonne Nava joked. "But guess what? We had the most sass!"

Slide the Slopes has left Texas for now. It's hoping to open in Pennsylvania later this month and return here next year. 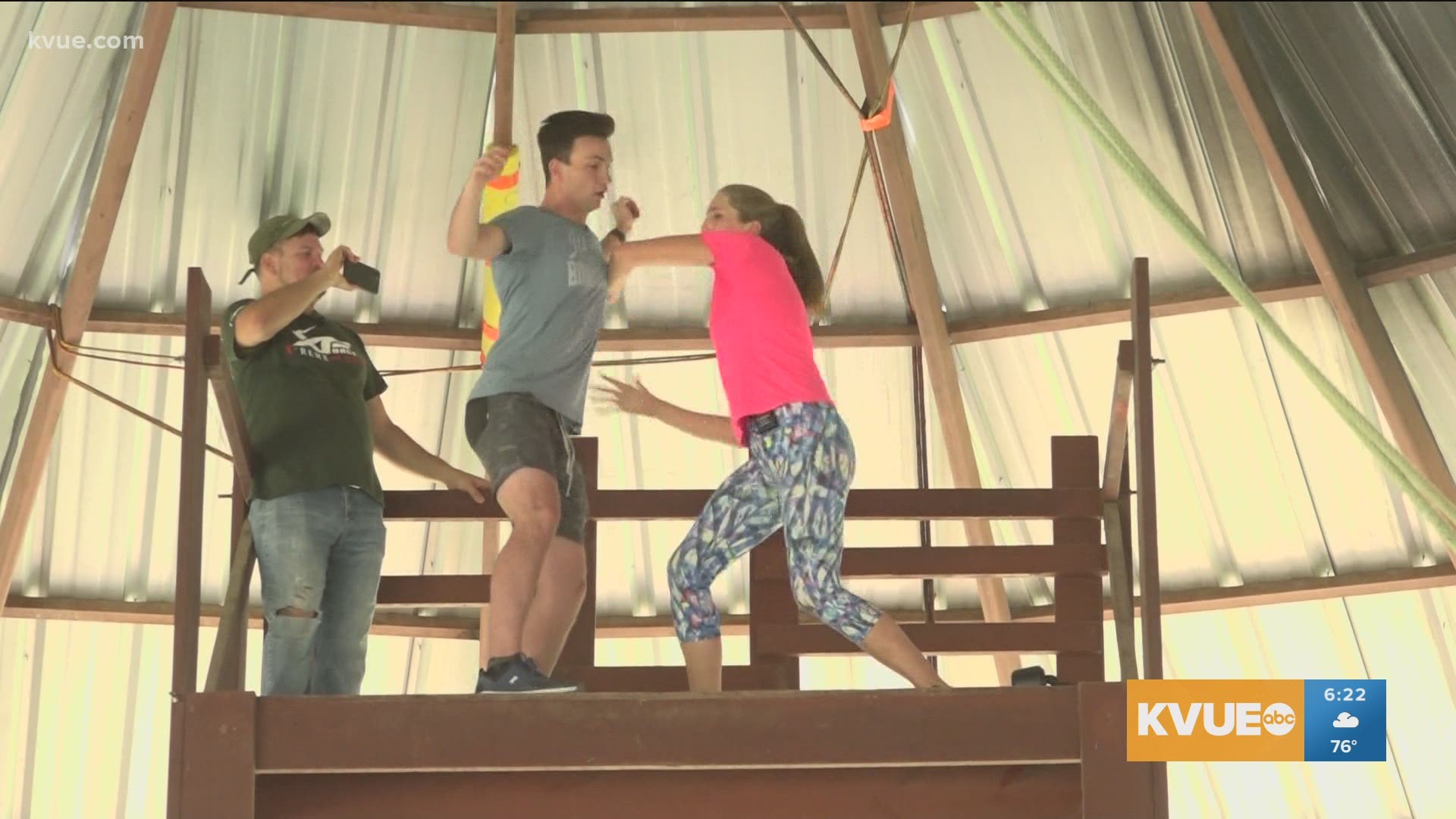