The KVUE Daybreak team took a ride on a roller coaster, gave street curling a try and competed in some arcade games. 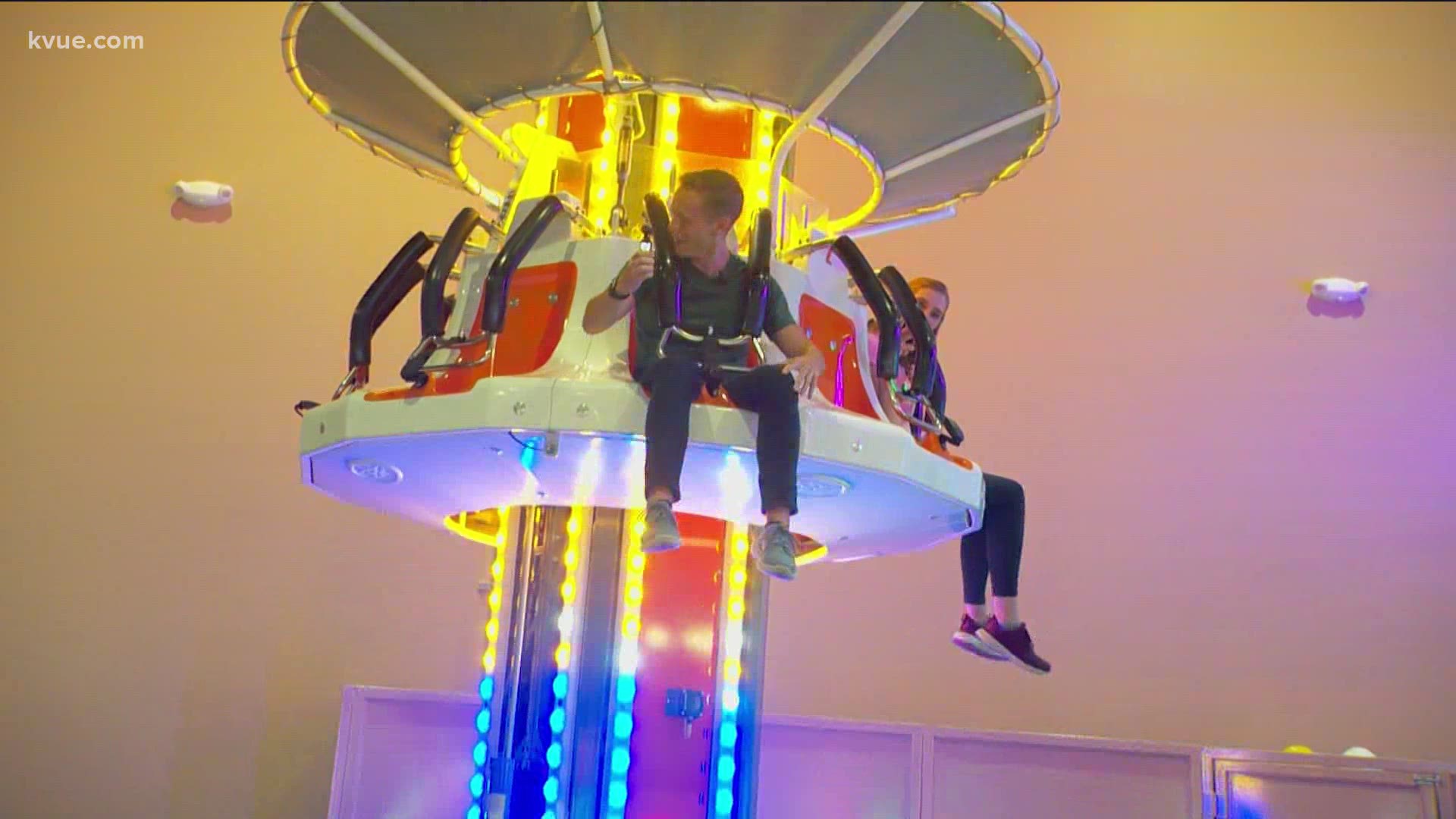 PFLUGERVILLE, Texas — This is the place that has it all.

The newly opened REVL Social Club at Austin’s, formerly Austin’s Park and Pizza, welcomed the KVUE Daybreak team for an adventure with many parts. An indoor roller coaster, a tower drop, street curling and arcade games for days – and that’s just some of the indoor fun.

"We took Austin’s and developed also REVL Social Club, which is part of Austin’s but it's a separate sports bar area geared mainly for adults," said Michael Goss, president and co-owner. "We still offer everything to everyone that's looking for the fun that they haven't experienced last year."

The locally-owned business has offered amusement for Central Texans for 17 years. It sits on 23 acres, went through $10 million worth of upgrades over the last five years and has expanded by 35,000 square feet.

"I think people just want to get out and socialize," Goss said. "There's been no socialization for the last year. I mean, it's been on a phone or on a computer, so it's great to see everybody’s smiling faces."

See all the fun the Daybreak team had below:

For more Daybreak Adventures, check out the playlist on our KVUE YouTube page.