The KVUE team went off script with an improv class. 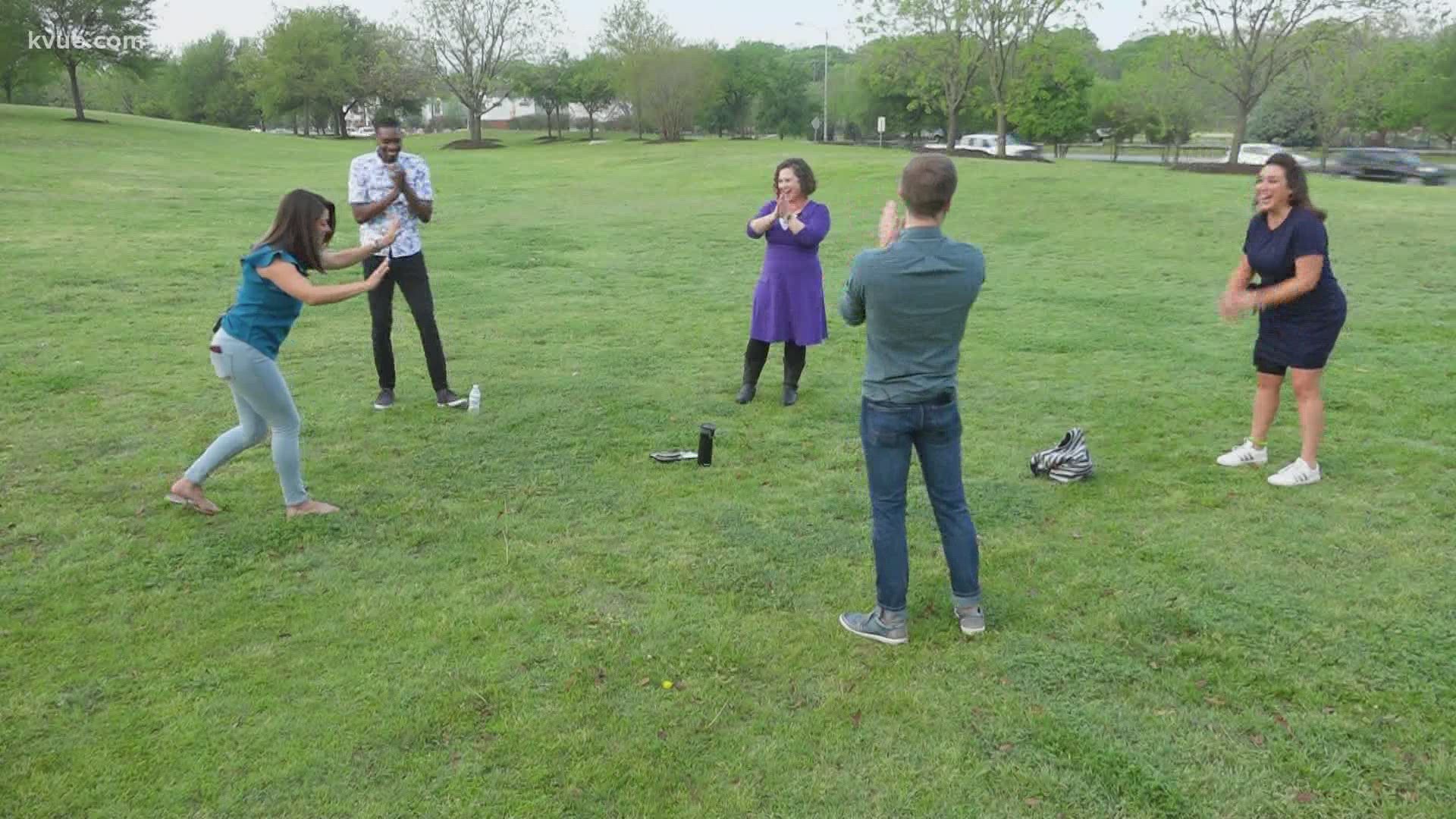 AUSTIN, Texas — Unscripted fun is just what we need. Shana Merlin is the founder of Merlin Works, an improv comedy school based at ZACH Theatre.

The KVUE Daybreak team met up with Merlin at Mueller Lake Park.

First up, we engaged in an ice breaker of rock, paper, scissors. It's easy enough, but man, Jason was on fire. Merlin filled us in on the basic rules of improv.

"I was in the passenger seat, my sister-in-law was driving and I told her to go the wrong way on a one-way. I failed," meteorologist Mariel Ruiz admitted.

Merlin said mistakes are expected and encouraged as a sign of risk-taking. After all, a mistake is what introduced her to improv in the first place.

It was 1995. The Atlanta Braves were in the World Series and a then 17-year-old Shana Merlin was oblivious.

"Me and my theater nerd girlfriends went downtown in Atlanta to see some improv. They were like, 'Oh, darling, there's no show. Like, the Braves are in the World Series tonight.' So, they just handed us a stack of free passes and we just kept coming back every weekend to come see these shows," Merlin said.

Little did Merlin know, those free passes would alter the course of her life.

"I got bit by the bug as they say," Merlin said.

Merlin's hope is that improv encourages others to go with the flow and become more mindful.

"I do work at Dell Medical School and teach the medical students how to be better doctors and better humans and more compassionate," Merlin said. "I work with engineers, accountants, as well as creatives and marketing people, nonprofits, all kinds of teams."

Merlin's classes sneak learning in with laughter. Another one of her improv rules is to be a good sport.

"So when you mess up, you want to try and laugh it off, let it go and try again, build that resilience muscle," Merlin said.

We were having fun, but we were also becoming better listeners and learning how to gel as a team. Perhaps our favorite exercise was "tag-team monologue" where we got to finish each other's sentences.

We went with it. After all, improv is kind of a way of life.

Classes can run anywhere from one to three hours. They've been held on Zoom for the past year but they are now starting to do distanced, outdoor classes like we did. Interestingly enough, Merlin also does improv for couples to help them communicate better and diffuse situations.

One killed shooting off Slaughter Lane in southeast Austin